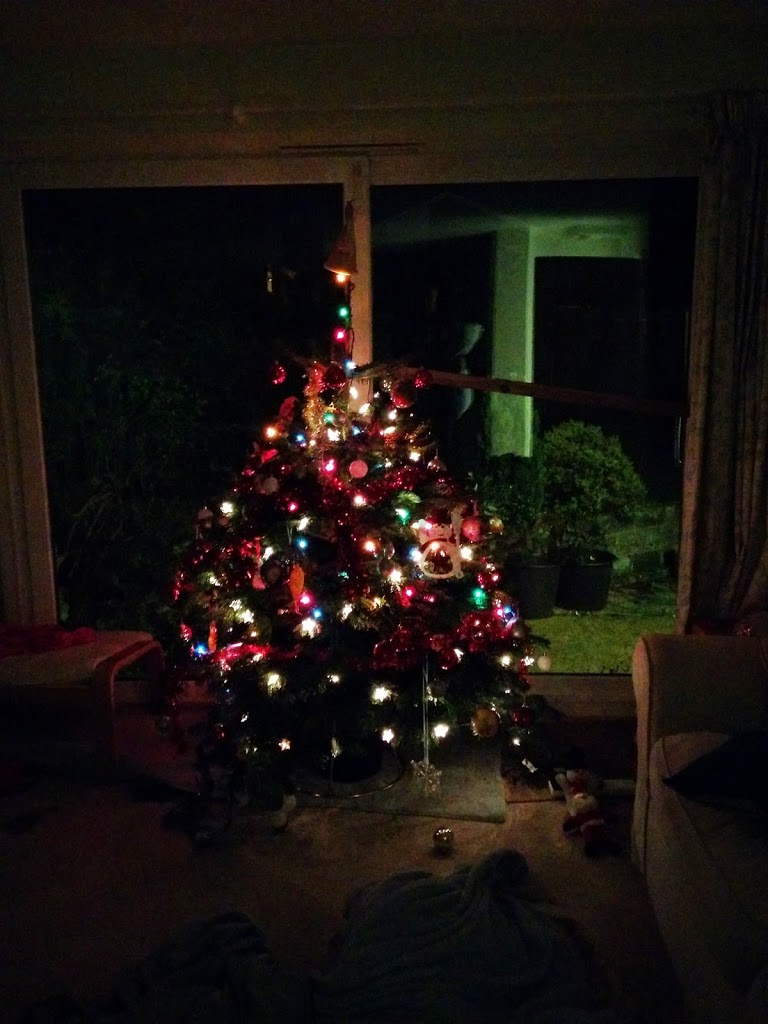 Against my better judgement, we put the Christmas tree up at the weekend, at least a week earlier than I would have personally liked but given the week we just had, doing something nice was definitely in order.
Christmas round our place isn’t quite in the Gremlins- dad died stuck down the chimney dressed as Santa level of bah humbug but there have been some family deaths around that time that take the sheen off it a bit.
Neither of us are fans of the ostentatious consumerism that drives Christmas either. Of course it’s always been like that to a degree but when we were little, consumer culture wasn’t as developed as it is now. The built in obsolescence and throw away culture wasn’t anything like as prevalent back then and Christmas was the one time we’d all get a new toy that wasn’t handed down from cousins or relatives.
Things are different for our kids but we still try to keep it rooted in reality. We don’t spend much on presents for the kids* and a lot of what we buy we’ve managed to pick up during pre Christmas sales and has been paid for out of money we’ve saved up. Christmas on credit isn’t Christmas, it’s a disaster waiting to happen as far as I’m concerned. It’s partly because we don’t have much to spend in the first place but if we had more, I’m not entirely sure we would spend more anyway. There is always a risk of too much and the more stuff kids have, the less they actually play with it as far as I’m concerned. I know there’s a risk of turning into one of Monty Python’s 4 Yorkshire Men when it comes to how hard times were back then…
…but even so, Christmas isn’t really about getting stuff, it is fundamentally a religious festival. I don’t hold with the argument that it’s a usurped Saturnalia, so sod the Christian element of it anyway, because most of the people that espouse that view don’t actually worship the Roman deities and are missing the point in favour of a bit of excess and some rampant consumerism. We always try to get at least one Christmas service in with the kids, and have a good stack of books with the nativity story in them. When they’re old enough to decide about it all, they can make the decision but I don’t want them growing up thinking Christmas is the John Lewis Advert season or anything like that. As a former Sunday School teacher, that idea fills me with dread :)

In our house, it’s been a phenomenally busy year- I’ve cancelled so much holiday due to work commitments, I’ve been able to take 19th December through to the new year off and wifey has set up and run an entire literary festival from scratch with only a handful of other people. For us, Christmas will be about spending time together and having a bit of a break from the speed of life.

*I know one persons “much” is another persons “little”. In our case it’s comfortably under £80 per child. There is a balancing act between getting stuff that will last but is affordable too.