Those of you with good memories may remember this time last year Shell ran a promotion in conjunction with LEGO- 6 Ferrari models were made available on the forecourt for a minuscule sum of earnings when you spent over a certain amount on fuel. Heck, I even ran a competition to win a set. 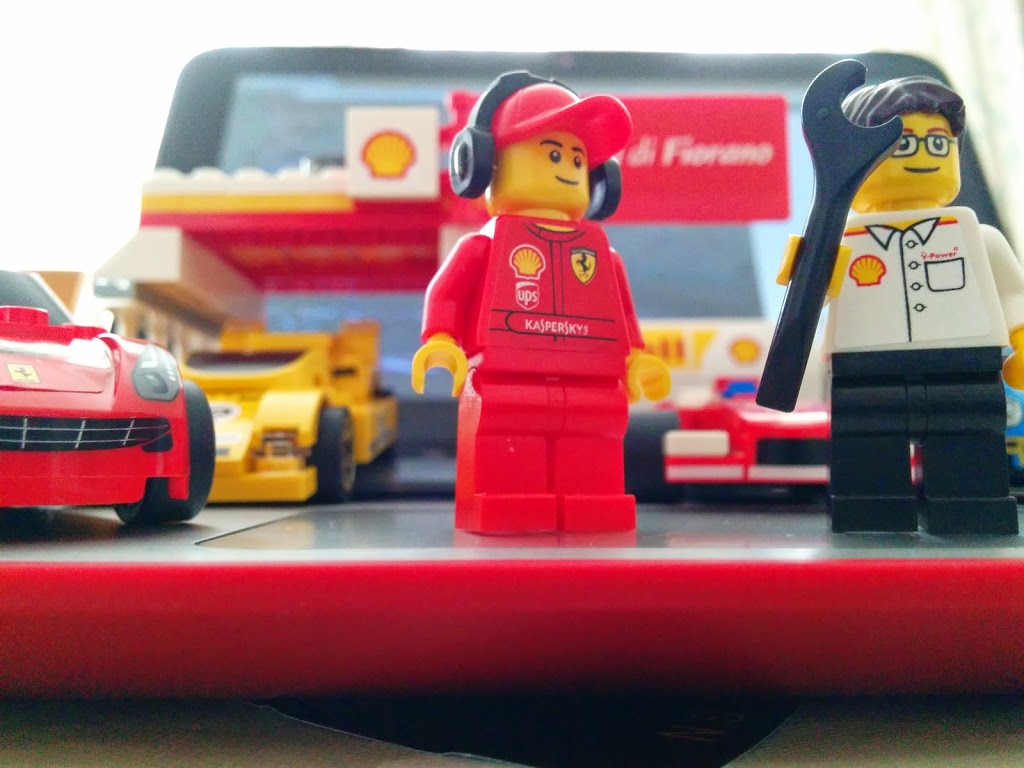 There is a new set now, £1.99 each with a £30 spend of Shell V Power Nitro+ and they’re really rather nice. You can read more about them at Shell’s minsite but in a nutshell there are 4 cars- the 2013 F1 car, a F12 Berlinetta, a 512 S from 1970 and a blue rather fabulous GTO from the 60’s. As much as I love the cars though, one of the two bits of trackside stuff that are also available is probably my favourite as it holds a rather special place in my heart. It’s the Pista di Fiorano; the petrol station at Ferrari’s private race track in Maranello.

Shell are running some competitions with the Ferrari LEGO sets you can get at the filling stations, so if you get a chance to pick one or more up, you should consider having a go. Prizes include some cool LEGO stuff: 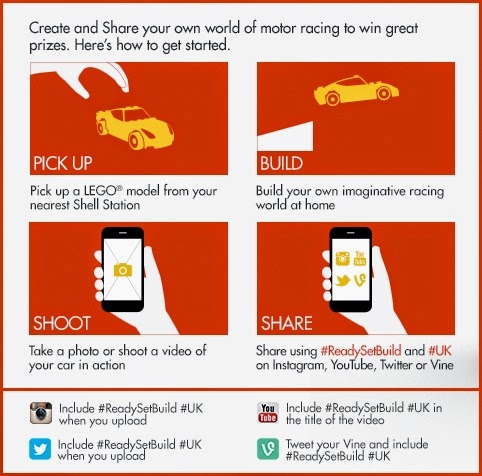 The best video and photo entry at the end of the competition on 31st December 2014 will win a family trip to LEGOland Billund and a stay at the LEGOland hotel. We’ll also pick 7 weekly winners from 6th Nov to 24th Dec for the best photo and best video and reward them with LEGO® Technic Customised Pickup Truck. Good luck and get building