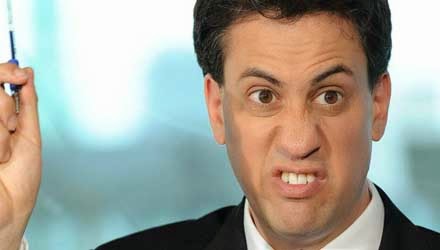 Whenever I queue up in Boots to buy a bottle of medicated anti dandruff shampoo, I’m assaulted by a view of about a dozen magazines that don’t seem to have grasped the concept of the surname. It’s full of people referred to as Colleen, Natasha or Charlotte, going to the shops, having their latest “boyfriend shame” or some other meaningless trivial crisis or another. And it’s pervasive- the stuff is even creeping into the broadsheets, with the Telegraph and Independent containing (online at least) more celeb stuff than ever.

In itself there is nothing inherently wrong with this, despite the fact it depresses the hell out of me. I mean, there is so much cool stuff out there to know (for example, did you know that eye colour is determined by the amount of brown pigment in your eye? or that a typical cumulus cloud can weigh as much as 2,500 donkeys?), that spending time on spotting Gwinnie’s latest fashion faux pas seems a bit of a waste of time.

There is however something wrong with the way this approach to news is invading politics. Ed Miliband isn’t photogenic, has trouble eating a bacon sandwich and sounds a bit funny but that shouldn’t be the deciding factor on who wins the general election this year; it should be down to policy. It’s bad enough that policy has been reduced to soundbites but when you have long articles like this one, based on the cult of personality (celebrity), you begin to wonder.

There is plenty wrong with the Labour Party at the moment but that really pales into insignificance next to the ideological war that the incumbents are waging on the country- the erosion of services, the privatisation of key services by stealth (often tied in with the erosion of services if you’re cynical), the rise in poverty to make the rich richer, and the huge increase in the national debt. In a climate that has seen charities as large and respected as Oxfam censured for making “political statements” with regards to poverty in the UK, the fact that the press seems to be playing a secret game to get the most gormless photo of the leader of the opposition is more than a little depressing.

My eldest is 8 before the general election. With the 2011 Fixed-term Parliaments Act in effect, the first general election he will be able to vote in will be in 2025 when he’s 18. I hope to God by that point the fate of the nation isn’t decided by some sort of reality TV competition hosted by Ant & Dec but at the moment that seems to be the path we’re heading down…