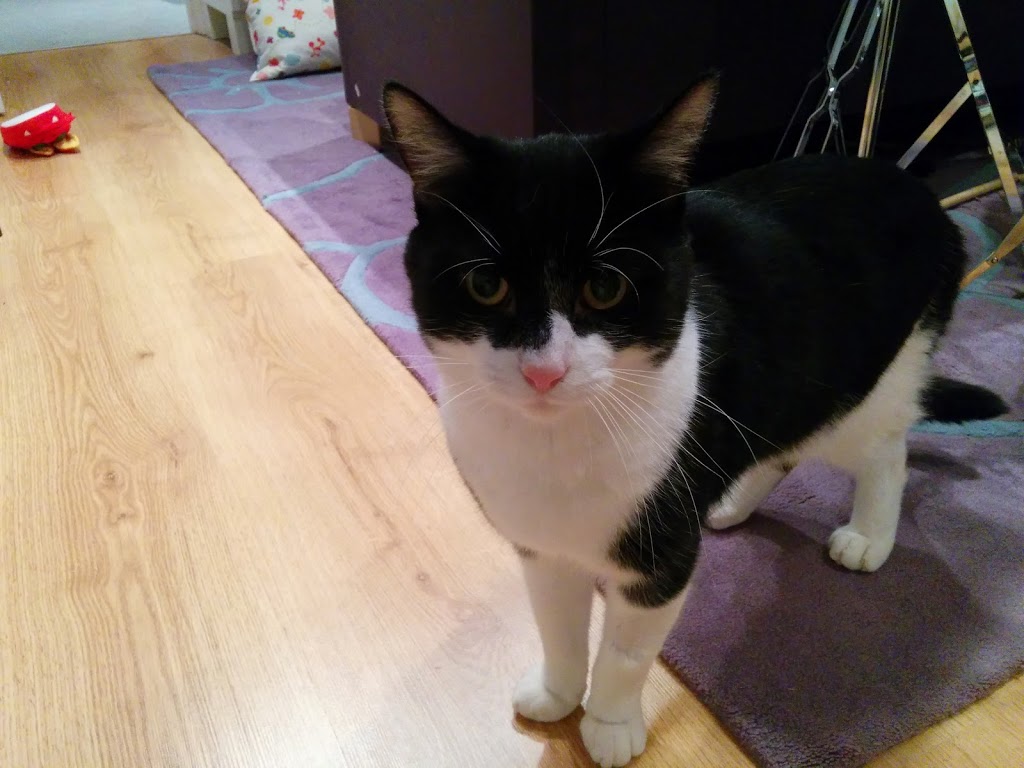 I’d tell you what our new cat is called by there are currently “ongoing discussions” over whether he’s called Teddy or Jonnie. Percy seems to have fallen by the wayside and Starlord appears a no-go since wifey point blank refused to sit at the vets while Starlord Walsh is called out. Spoilsport.

The first evening of catness went pretty well. Ned and I picked him up while the other two and wifey went to Beavers. Cat came out of his travel “cave” and Ned christened it almost immediately and decided to stand on my keyboard. After a while of standing on my keyboard he decided to hide under a chair for a couple of hours, contemplating his new surroundings.

The Boy refused to go to bed until the two of them had a bonding session, so after they’d met and made friends, I eventually got a sobbing 7 year old (the tears of separation from cat and the tears of joy at having cat apparently).

Cat has found the litter tray, which is nice and likes being stroked, which is good.