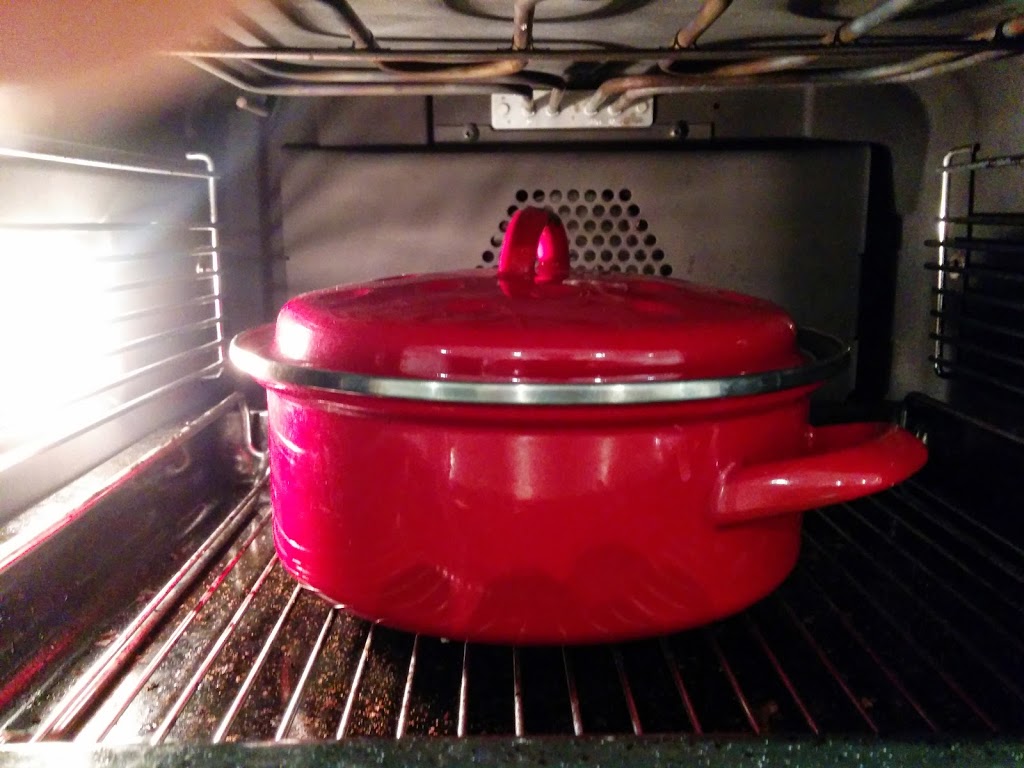 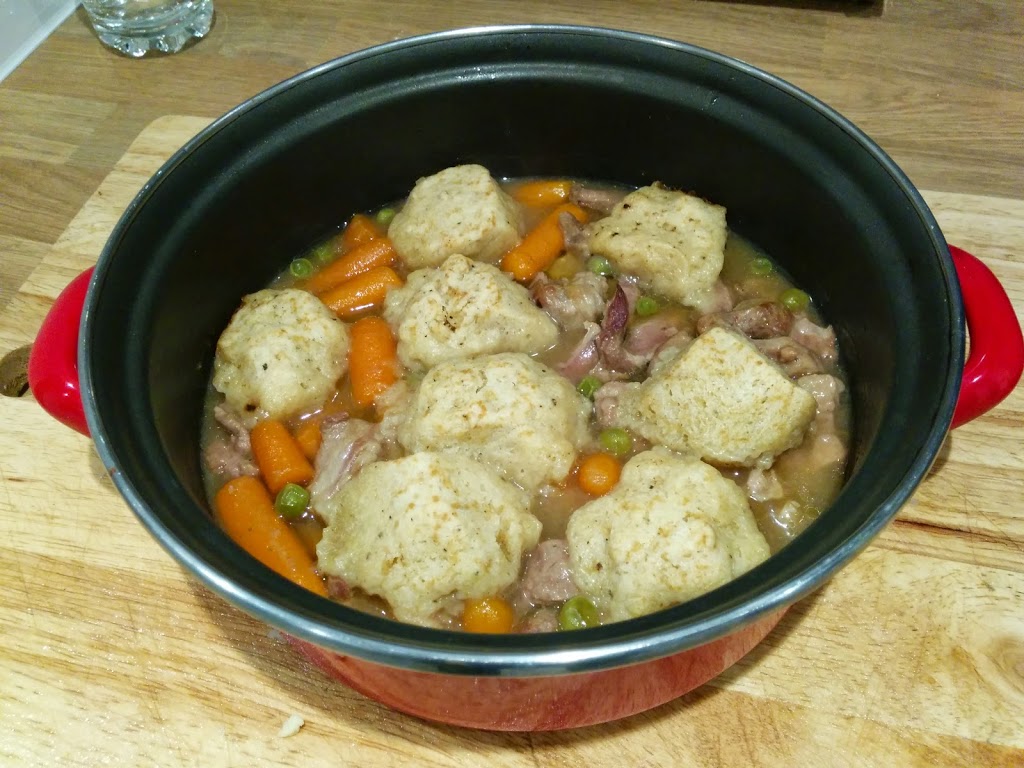 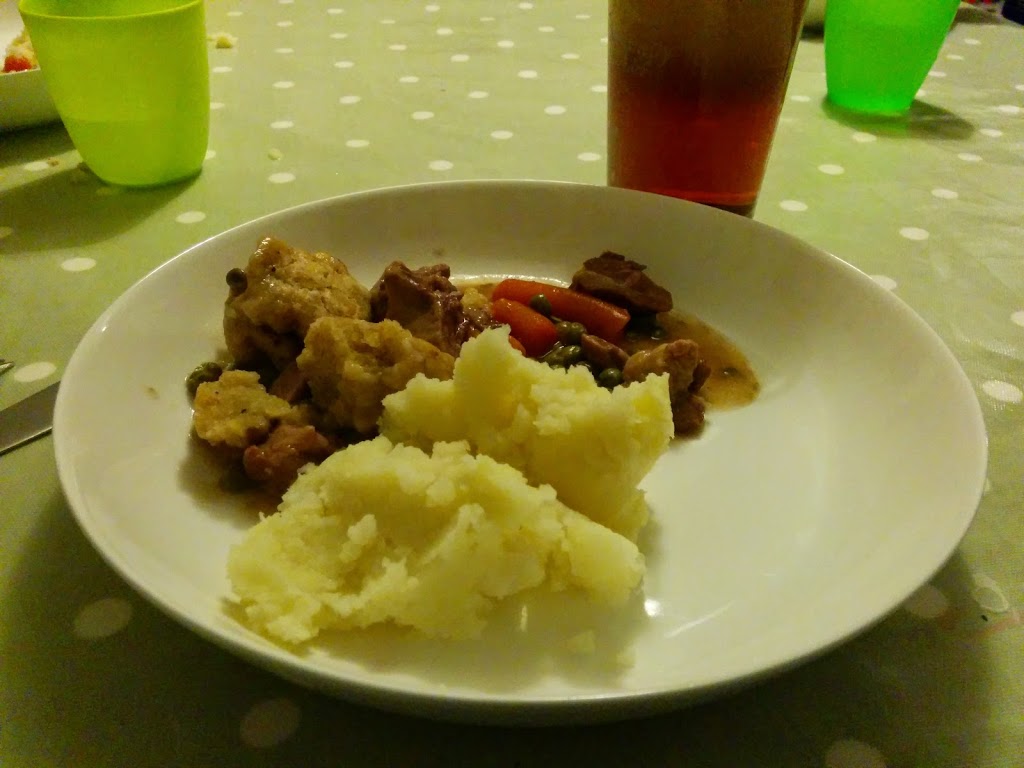 I don’t tend to do much cooking on account of being out at work past the time that the kids have their dinner during the week (I’m not at work that late, they just eat at around 5ish). So occasionally I might be tempted into doing something at the weekend. On Saturday I thought it would be a good idea to take the kids out for a walk so they weren’t cooped up in the house all day long, so at around 3pm we headed off towards the library. Before we went though I popped a stew in the oven.
I don’t make a complicated stew; I’m not a complicated man. The meat was some lamb neck (£3.33 from Waitrose), which I added carrots and peas to. The stock was my patented blend of gravies and whatever seasoning I could find in the cupboard. Oh, and I stuck 125g of butter in the freezer before we went.
Yes, that’s not a typo.
We recently charity shopped a lot of our cookbooks because we found it’s a lot easier to type something into Google than search through half a dozen cookbooks to find a proper recipe. So I wanted to bung some dumplings in the stew when we got home but didn’t have any suet in the fridge. I think of this as a good thing because what sort of right minded person has suet knocking around just in case? Anyway, Mockney extraordinare Jamie Oliver had a suet free dumpling recipe that involves self raising flour and butter in a ratio of 2:1, with a dash of water and some seasoning. The one caveat is the butter needs to be really really cold as you need to grate it. So the butter went in the freezer and we went to the library.
It was a struggle to get the boy out of the house as I think he’d decided to settle down for the duration after we finished his homework. Still, once we were out the fresh air was good and by the time we got back everyone was properly glowing. I made the dumplings by grating the butter into the flour, adding the water and making it into a dough. The ten dumplings I made we then deposited into the stew, which cooked for another 30 minutes while I made the mashed potato.
Result? The kids scoffed the lot. Which was nice but probably had more to do with me keeping them out of the way of snacks than anything else if I’m honest…