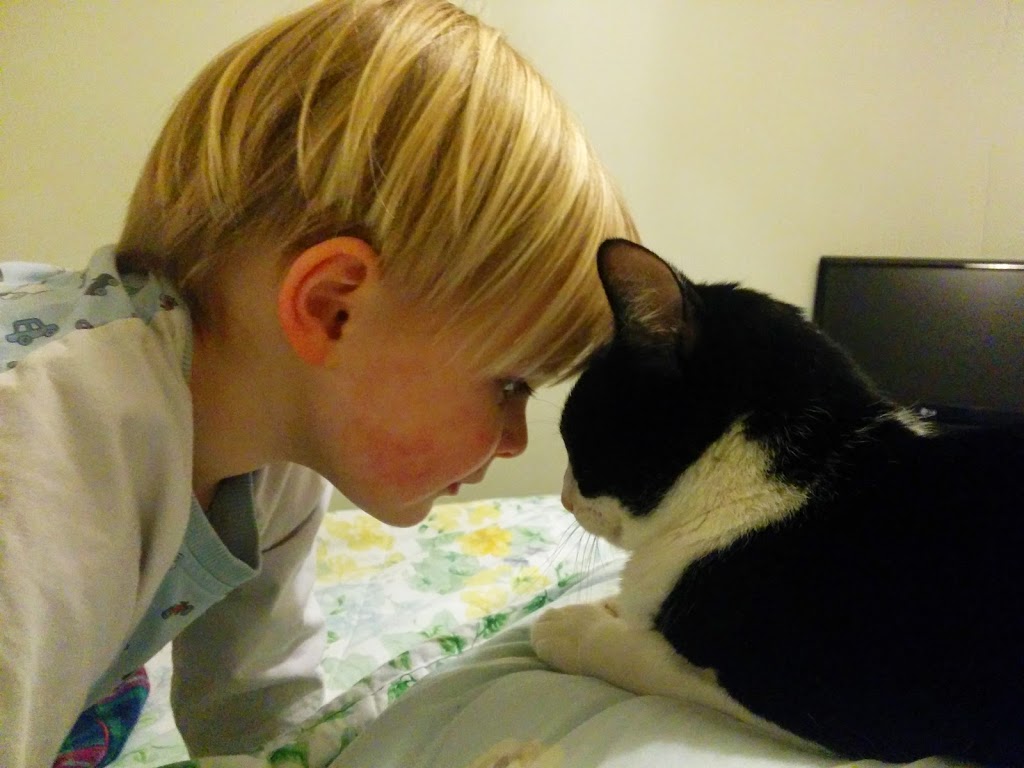 I think it’s safe to say at this stage that the Cat, now called Jonnie, is properly one of the family. He’s settled right in and we’ve all come to accept and be happy with him (to varying degrees- the boy is still slightly terrified of him). Jonnie’s favourite is definitely wifey, probably because she’s round the house more than the rest of us, but Ned must come a close second. Ned has absolutely no fear whatsoever of Jonnie and in turn Jonnie is the worlds most patient cat.

We often see Ned running into a room chasing the cat, running out of  the room chased by the cat and then running back into the room carrying the cat. It’s like something from an episode of Scooby-Doo in terms of comic performance. Even when Jonnie is hiding behind the sofa, hoping for a  bit of peace and quiet, we often see Ned standing on the back of the sofa, dangling a cat toy behind it, shouting and Jonnie to come out and play. Once or twice I’ve even caught Ned trying to crawl behind the sofa himself, presumably to commune with his soul mate. Unlike Jonnie, Ned doesn’t have whiskers that are as wide as he is to help him gauge whether he’ll fit, so he’s not had much luck in tight spaces.