The first smartphone I got was way back when they weren’t even really called smartphones. Techies and nerds like me used to have these things called PDAs (Personal Digital Assistants), made by people like Sony and Palm. Eventually when data came to phones in the form of the enormously slow GPRS and Edge standards, some bright spark at a company called Handspring decided it would be a good idea to integrate a phone into the mix and it’s been downhill ever since. Nowadays I do pretty much everything that’s possible through my smartphone, from taking pictures, to listening to music, to emailing people. Heck, I even make the very occasional phone call on it. 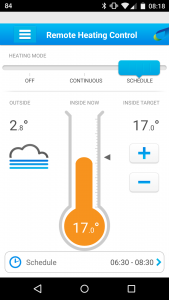 How much do I do through my smartphone? Well I control our central heating via the British Gas MyHome app, my smart TV, my Virgin Tivo Box, our SONOS music streaming systems, a remote screen for my GoPro action camera, our Nest smoke detectors and, well you get the idea. I’m finding the newest use, as an enhanced TV remote, particularly useful as the kids often wander off with the actual TV remote in an attempt to force their channel of choice on each other. In fact I only really managed to quantify how much I use my smartphone (an Android Nexus 5), when I switched to a rather lovely Nokia Lumia 1020 for review purposes. The hardware was great but the Windows Phone operating system didn’t have apps for the all the things noted above and I felt utterly hamstrung.

LV= have put together a list of the best smart connected home gadgets for the year, which you can see on their blog. I’ve had arguments with people over the use of technology for the sake of it; some people at work think a smart thermostat like our BG My Home is a bit pointless and I should just set the thing properly in the first place, and I would be the first to point out that there are somethings that just don’t make sense to have an internet enabled version of (I don’t for example want my fridge to email me when the milks running out) but if a gadget fulfils a few basic criteria of usefulness: i) does it make my life easier, ii) will I always find enough battery on it to do what I want and iii) does it appeal to my inner nerd; then I’m up for it providing the price is affordable. 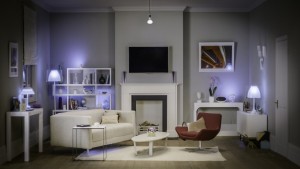 With the list that LV= have prepared, there are a couple that tickle my interest. Specifically the Philips Hue lightbulbs. We were burgled late last year on a normal Tuesday late afternoon. The police reckoned it was because we didn’t have any lights on. Normally wifey puts the lights on when she does the school run, which only keeps her out of the house for 15 minutes anyway but this time she forgot and when she was invited round a friends house for tea and cake with the kids, it left our home the only dark one in the street. Much like being able to adjust the heating to cope with a sudden change of plans, the Philips Hue Personal Lighting could have remedied this situation- we could have either turned the lights on via the app or have a preset programme to turn the lights on at a given time during the winter months. 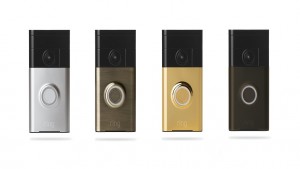 The Ring smart doorbell also piqued my interest. it’s pretty much the same size as our existing cordless doorbell but has a HD camera that records to the cloud and, joy of joys, an app that allows you to “answer the door” when you’re not in. The number of times we have to go to various depots to pick up parcels, some of them as far away as Luton, when we’re out is bonkers, so being able to say “please leave the parcel next door” or something to the delivery person would be a god send. A HD camera would be good enough to spot the door to door salesmen from the comfort of our sofa via the app and save me getting up to politely tell them to go away.