When we got married almost 11 years ago now, we pretty much paid for our wedding ourselves- I think wifey’s parents bought her the dress and my parents bought me a suit. We paid for the rings, honeymoon, the venue, a sit down meal for 30 people and anything else I may have forgotten ourselves. 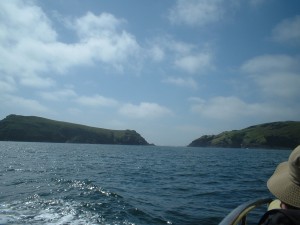 We already had a mortgage together and didn’t want to indebt ourselves for the rest of our natural lives to pay for one day but at the same time we wanted to make it memorable. There isn’t a thing I’d really change about it and I even think our choice of honeymoon location- Cornwall and Devon- was inspired because the last thing you really want to do after a long day of getting married and partying is to sit at an airport for hours with a hangover. It wasn’t long until we were wetsuit clad and surfing. We’re not the sort of people who like sitting around on the beach day after day (I still burnt myself really badly mind you) and this worked well for us as we visited Rick Steins seafood restaurant one day, went on a helicopter flight to the Scily Isles another day, went on a boat trip to spot puffins, walked across to St Michaels Mount, stayed in a 5* hotel (that gave 80% discounts on a Sunday night) and did I mention we stayed in a lighthouse cottage for a week of it?!

Still, even though we did it on a budget, we still had to save up several thousand pounds (my platinum wedding ring weighs a ton you know) and we did this in a very basic way by just shoving cash into an ISA until we had enough. We’ve never believed in buying stuff on the never never, and I think the interest free credit option we had for our kitchen from IKEA was the longest we’ve actually been indebted (although we did have the cash in our savings account which we were earning a pitiful amount of interest on). Given how poor interest rates are at the moment, and how poor they have been for the last few years, you’d be as well sticking your cash in a mattress. You could probably do worse than check out this handy guide from Legal and General to help you find the right investment option for you.

I’ve always found with saving money that the first bit is definitely the hardest. Once you’ve got a critical mass of money and can see it growing on it’s own, half the battle is done in my book. The trick today of course is to ensure you get an interest rate that’s higher than inflation, otherwise your money will actually be worse less…