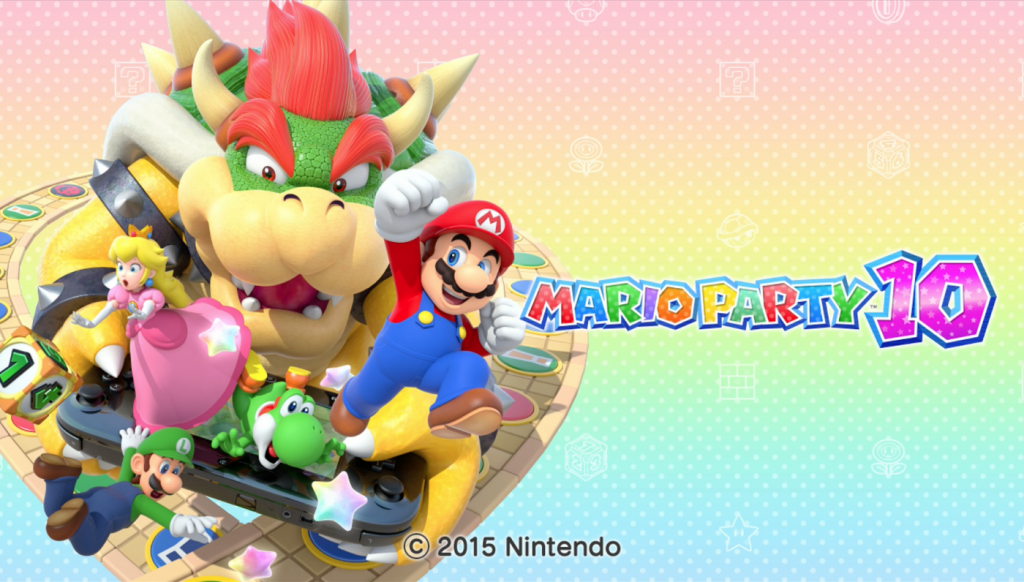 Despite owning every single Nintendo console since my brother won a NES in a competition waaaaay back in the day, I’ve never actually got round to playing a Mario Party game. The fact that Mario Party 10 is obviously the tenth makes this some sort massive oversight on my part. The series started in 1998 with three N64 games, progressed to the Gamecube with a further 4 titles, a couple of the Wii and now the tenth on the Wii U.

There are some great party games about, and the Mario Party franchise has always lead the way. Most of the games were actually developed for Nintendo by a company called Hudson Soft. You might not know the name but if you’re of a certain age you’ll know their most recognisable game- Bomber Man. I have fond memories of playing 8 player Sega Saturn Bomber Man on a big screen in a pub about ten years ago.

Party games are best played with as many people as possible, and where in the past the only people I could game with were an internet connection away, now with a family full of small people, I have a ready made audience. So what did we make of Mario Party 10 then? 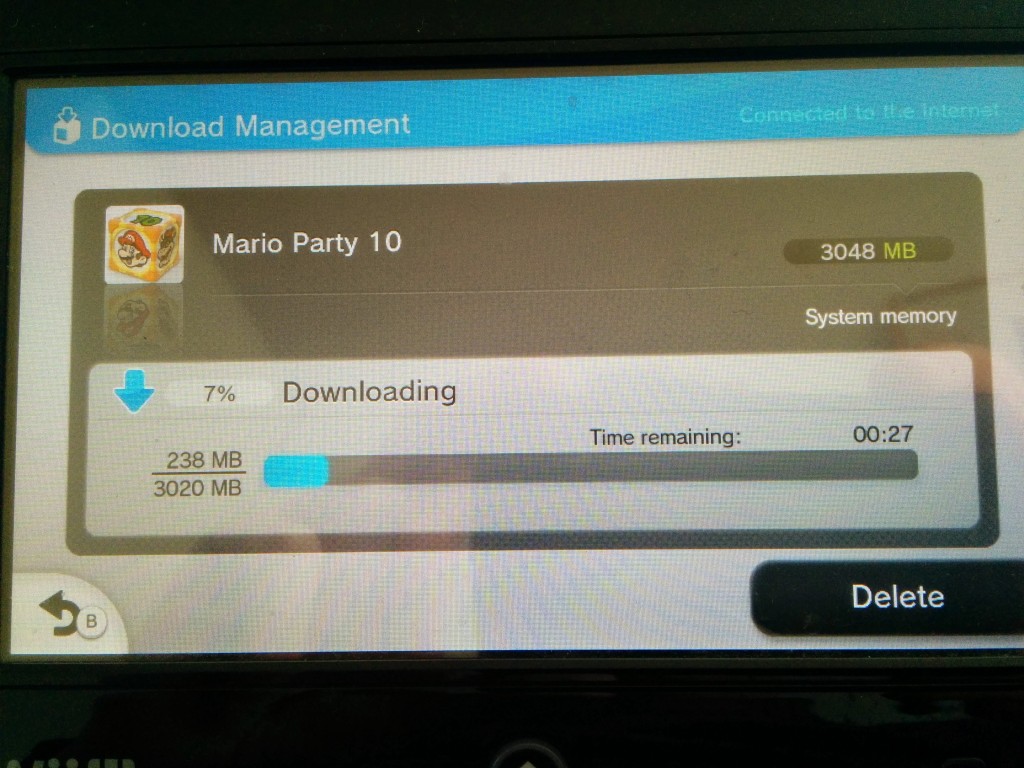 I’m a big fan of digital download, especially for slot loading devices since Ned attempted to ram two discs into the Wii U once and almost ruined the Wonderful 101. We went off and make some cakes while it was downloading. Fortunately this didn’t take long as we’ve on a Virgin Media 150Mbps connection.

The first thing that I liked about the actual games in Mario Party 10 is that is makes all the participants use the WiiMote. I cannot begin to tell you the amount of aggravation we have over who gets the the Gamepad in Mario Kart when we all want to play at once. Anyway, there are 3 game modes, Amiibo party, Bowser party and the eponymous Mario Party. We’ve mostly stuck to playing Mario party, as there is the inevitable fight over who gets which Amiibo. It’s not pretty.

So once you’ve decided upon your character of choice (me: Mario, the Boy: Yoshi, Fifi: Princess Peach), they all hop in a car together and travel around the track/board together, taking it in turns to roll the dice and move the car around. Some squares you land on have bonuses or penalties and some lead to the mini games that are the meat of the game.

There are various sorts of games, from waggling as fast as you can, jumping on the head of the giant thingies (Goombas I think), swinging round on a giant roulette wheel, shooting bombs at a player on a boat, playing golf but having to avoid hitting bombs- there are absolutely loads of them. The boy is better at the fast waggle games, Fifi better and the co-ordination ones.

This is a lovely looking game too; the Wii U is a poweful bit of kit and that extra graphical grunt is used well in big colourful characters and lush scenery. It’s an ideal game for the kids to have a quick 20 minutes or half hour on after school because it doesn’t take as long to get into as some other games they like (the LEGO games for example, give the kids lots of great experiences but you really need to sit down for an hour or so at a time to get the most out of it) but also offers maximum fun in small manageable bundles.