A few days ago I was excited to be asked to participate in an AMD webinar. AMD are a name you might not be familiar with as a brand but they’re pretty ubiquitous- if you’ve got a Playstation 4 or an Xbox One, you’ve got some AMD product in your home already as they designed the graphics chips for both those consoles. AMD also make desktop processors (CPUs) and system on a chip thingies called APUs (Accelerated Processing Units) that combine a processor and a graphics chip on one chip. You’ll find APUs in laptops and other devices.

AMD are by no means a new company, I first encountered them way back in the late 1990’s when I built my first PC from components I purchased off the internet. It had one of their K6-2 processors in it and was the main reason I needed to resit the first stage of my accountancy qualification (well, the PC games I played on the computer were the real issue. Or even the lack of self control I had over playing them I suppose). Along with their arch rival Intel, they pretty much power all the desktop and laptop computers out there at the moment. The ace up AMD’s sleeve however is it’s graphics card division that make the Radeon graphics cards. AMD still have the fastest single card in the insane water-cooled Radeon R9 295X2, which still comes out top in tests on sites like Tom’s Hardware. Combining both CPU and GPU expertise into one package is a compelling move for portable devices and all in ones (for example the Lenovo B50-35) because they often don’t have the space or thermal capacity for a separate graphics card.

It’s always exciting to look to the future, and 2016 onwards will be really pivotal and exciting as far as AMD are concerned. They’ve been using the same basic architecture for their chips for a few years now- this is a normal product life cycle- but later this year they’re switching the heart of their processors from the current design called Kaveri to something called Carrizo.

If you’re interested in the technical detail on AMDs new APUs, there is a great article on Anandtech here but be warned, if you’re not sure about your nm, bulldozers and excavators, most of it will go over your head. What it means in simple terms is that AMD have managed to increase performance AND power usage/battery life with their new series of APUs. You may have noticed as devices get thinner and thinner, battery life gets worse and worse. One way of combating this is to stick in slower processors, which means you get a thin but slow computer, another is to make a clever processor that uses less power, deals with some common tasks like video playback on the chip rather than in software, and so on and that’s what AMD have been beavering away at. 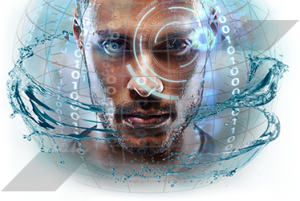 Of course a chip is only as good as what it is put to use doing and AMD appear to have a good track record there too. Their stuff is in pretty much everything, from servers to electronic billboards, from medical equipment, through to slot machines. Going forwards though, their new monitor technology, Freesync, should help make video games look smoother, they’re working on virtual reality too.

But then that is the benefit of being an integrated company that works both in processors and graphics!