We were lucky enough to be in the big tent on Saturday for Chaplin’s Circus‘s second performance of their visit to St Albans. For those of you (like me until shortly before our visit) who have never heard of Chaplin’s Circus, they describe it like this:

“It is the 4th of August 1924. Chaplin’s Circus has just two hours remaining to repay its debts and save itself from bankruptcy. Everything is riding on the success of this one performance. While the Ringmaster has an exciting plan to bring in the crowds and reverse the circus’ ailing fortunes, it seems that Chaplin’s creditors will stop at nothing to ensure this performance fails.”

Chaplin’s Circus ‘1924’ is a two hour immersive entertainment experience, designed to be fun for the whole family.

Join us, backstage, as we prepare for the most important show of our lives.

Let us take you on a journey, back in time, to the glorious 1920s – before televisions, before computer games – when live entertainment was at its very peak.

Let us make you laugh.

Let us tell you a story.

Let us hear you utter these words: “What a wonderful way to spend an afternoon!”

Basically the show is a theatrical based circus show. The theatre is pure slapstick and I absolutely loved the plethora of puns (most of which went over the kids heads) but this isn’t at the expense of the circus performances, which included magic tricks, acrobatics, trapeze, silks, juggling, hula hooping and gunslinging/lasso work. 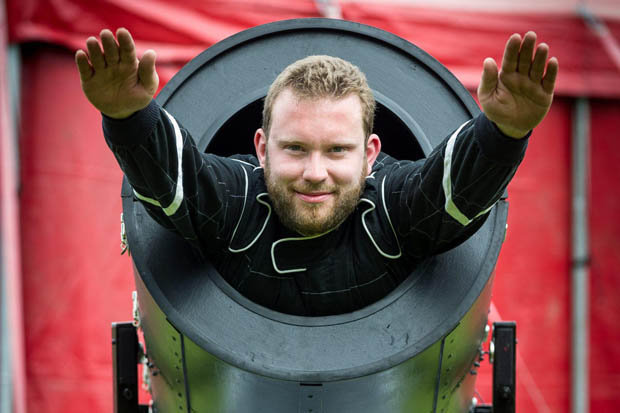 I have to say it was enormous fun. Ned was probably a bit too young for it but the boy was utterly transfixed and I laughed enough to be hauled in to the audience participation section of the show, much to wifey’s eternal horror. It’s on in St Albans until the 6 April and then over in Hoddesdon, so grab your chance while it’s still available.