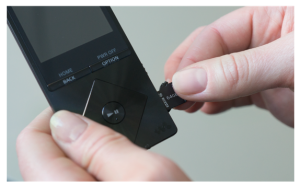 I remember vividly getting my first cassette Walkman back in the 80’s. It was followed by a portable CD player in the early nineties that served me well for a number of years until about ’98 when I decided to join the cutting edge of audio and buy a Diamond Rio PMP-300. This was the first consumer MP3 player and it was, well, a bit rubbish. 32MB of internal storage, 10 hours of playback, it could hold about half an hour of music at 128kbs, so you’d drop it down lower and everything would sound terrible (well, even more terrible than it did at 128kbs against CD). But it was the future and I doggedly stuck with it and other players that gave substandard audio reproduction until I hit pay dirt in 2006 and got myself a player that supported FLAC. The next three years were glorious. I had a “massive” 40GB of storage on my portable player, I had a great pair of high end earphones and I had my music. Then something odd happened. Smartphones and iPods suddenly became popular and everybody was carrying their music in a lossy MP3 or similar format around on their phone or iPod. Portable music players that weren’t tied to iTunes didn’t disappear over night but they did become a lot less popular and with a drop in popularity, they became less of an area for innovation.

In the last two or three years though there has been something of a resurgence, albeit in a different sector of the market, for the humble portable audio player. The portable audio player has gone high end, and the Sony NWZ-A15 is actually one of the cheaper devices available that anyone who loves music would actually want to buy. The Sony NWZ-A15 is one of an increasing number of high resolution digital audio players (DAPs) that can play music that’s been mastered at a level much higher than CD. For years CDs have been held as the gold standard in audio fidelity. CD quality means 16bit/44kHZ, whereas high resolution audio is at 24bit/192kHZ.  Rather than attempting to explain what the difference means myself, I’d suggest you have a look at What HiFi’s explanation which is here. Suffice to say, a higher bit rate is good, and a higher sampling rate (in kilohertz) is also better. 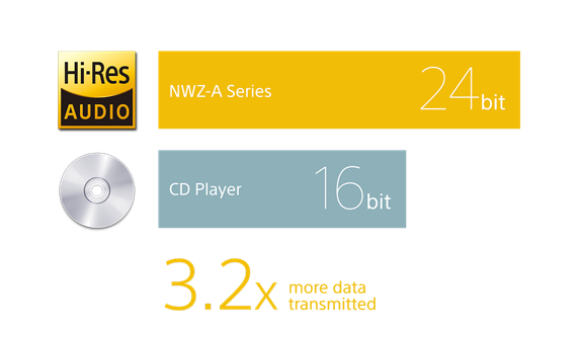 I remember getting my first pair of good earphones, Shure E2Cs, and finding that I could hear hidden detail in albums I’d been listening to almost daily for 15 years. It was a revelation back then and it’s as much of a revelation now, returning from the average world of smartphone music replay to a dedicated music player that was designed solely to play music and play it damn well. The Sony NWZ-A15 has delivered a similar experience, showing me extra (hidden) depth in some albums I’ve been listening to for decades. The albums I’ve tested specifically on the NWZ-A15 are: 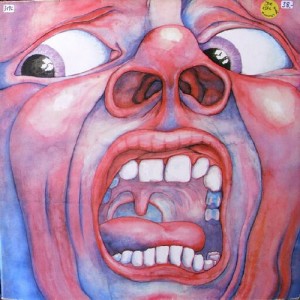 Most of our CD collection (500+ albums) are packed away in the loft. When we had our garage conversion done a few years ago, we decided to rip all our CDs to a NAS drive for use with our SONOS music system. Most got ripped at 320kbs, a few at 256kbs and some (my favourites) as FLAC. FLAC is what’s known as a lossless format- unlike MP3 it doesn’t reduce the audio quality in order to compress the file size. Generally if you listen to an MP3 track, especially one ripped at 192kbs or 256kbs, it will sound noticeably different to one ripped into FLAC. On the downside, FLAC tracks take up more space and generally use more battery when a portable player is playing them.

Sony also kindly provided me with a set of complimentary headphones, their MDR-1A over the ear ‘phones. Whilst I have used them, they’re not the most suitable for “out and about” use, so I’ll be reviewing those separately. For the most part for this review I’ve used either my RHA MA600 in ear, my Creative Hitz Bluetooth wireless headphones or my Pioneer SEMJ532 on ear headphones. All are very portable, and ideal for using out and about. I did try my AKG 545s but the player lacked the power to drive these properly, which is understandable as they’re pretty big. All the headphones did a great job but a special mention should be given to the Creative Hitz BT pair; the audio sounded an awful lot better through those than it did when I use them with my smartphone at the gym. This is likely down to the aptX Bluetooth support which the A15 has but my smartphone doesn’t.

The A15 has 16GB of built in storage, which is enough for a good few albums in it’s own right. It does however have a micro SD card slot, and given that a branded 64GB card only sets you back around £25, you can get quite a lot of storage for relatively little cost. The music on the SD card integrates into the main music library seamlessly too; something which a lot of players don’t manage to do. Album art looks okay on the screen- it’s not particularly hi res but it does the job. If you want the bells and whistles, Sony do a much more expensive high end player that’s built on the Android operating system and has wifi, touch screen etc. This device though is a very different beast, designed purely to play music and play it well. In some senses the design is no frills but the audio playback is anything but.

I conciously picked a wide range of different sorts of music to see if anything let the A15 down but I’m pleased to say it didn’t. There are various settings which offer to enhance the sound on low bit rate MP3s and whilst they do sound appreciably different, nothing could rescue the appalling mix of Countdown to Extinction- the cymbals still dominate the sound 20 odd years after it was originally released and nothing anyone can do seems able to fix this. Oh well. On the other hand, King Crimson sounded a lot fresher and cleaner than I’ve ever heard it and Simon & Garfunkel was nothing short of a revelation. My personal favourite track of theirs, The Boxer, sounded absolutely out of this world. But if the Boxer sounded out of this world, Led Zeppelin in 24bit sounded out of this solar system. I’d hoped to get some high resolution Pink Floyd, but after trawling several different stores, and reading extensively on forums, there is sadly no 24bit Pink Floyd available to buy right now. This is a shame but more than compensated by Jimmy Page’s obsession with constantly updating Led Zep’s works to sound as good as they can on the top end equipment that’s available. I always feel immersed in music when I can hear fingers moving on the guitar strings, the singers intake of breath before the first verse starts, and a clear differences between all the individual drums and this is what I can hear in spades on this recording. I first listened to Led Zep’s Four Symbols album in a university bar in 1993; I know it inside out, note for note, and yet I am still hearing new things in it as the equipment I use is improving.

Now it would be remiss of me if I didn’t touch on the debate that’s currently happening over high resolution audio. Some tech sites have conducted double blind tests and say they can’t hear a difference. Further, the foundation behind FLAC and Vorbis, Xiph.org, rather robustly disputes the benefits of 24bit music. I however am not a scientist, I’m not even a professional reviewer. I’m some bloke who likes listening to music. And I have to say hand on heart, this is the best device I’ve owned that lets me listen to my favourite music.

Having a device that offers tens of hours of battery life in a small, robust package and musical playback quality better than anything else I’ve spent (a lot) of money on over the years is a blessing. I’ll even overlook my one genuine grip, yet another device with a propitiatory cable (it’s not even the same as the PS Vita)! However, the fact that the inclusion of a standard USB cable is pretty much the only complaint I have probably speaks volumes about my opinion of the device. The A15 does indisputably to my mind make my music sound better than it does on my smartphone or the other portable audio player I occasionally use, and for me that’s enough to warrant a purchase.