When I was a little boy of indeterminate age but quite short by my current standards, I used to have an array of cardigans. It was the early 1980’s and such things were more or less acceptable back then.

Things have now gone full circle though and the cardigan is back in. It’s not just cardigans that are acceptable to wear now though, the gamut has expanded to tank tops. I personally love a good tank top because it allows you to keep your body warm whilst maintaining free and easy arm movement, which if you’re wearing a long sleeved shirt, is a definite bonus. 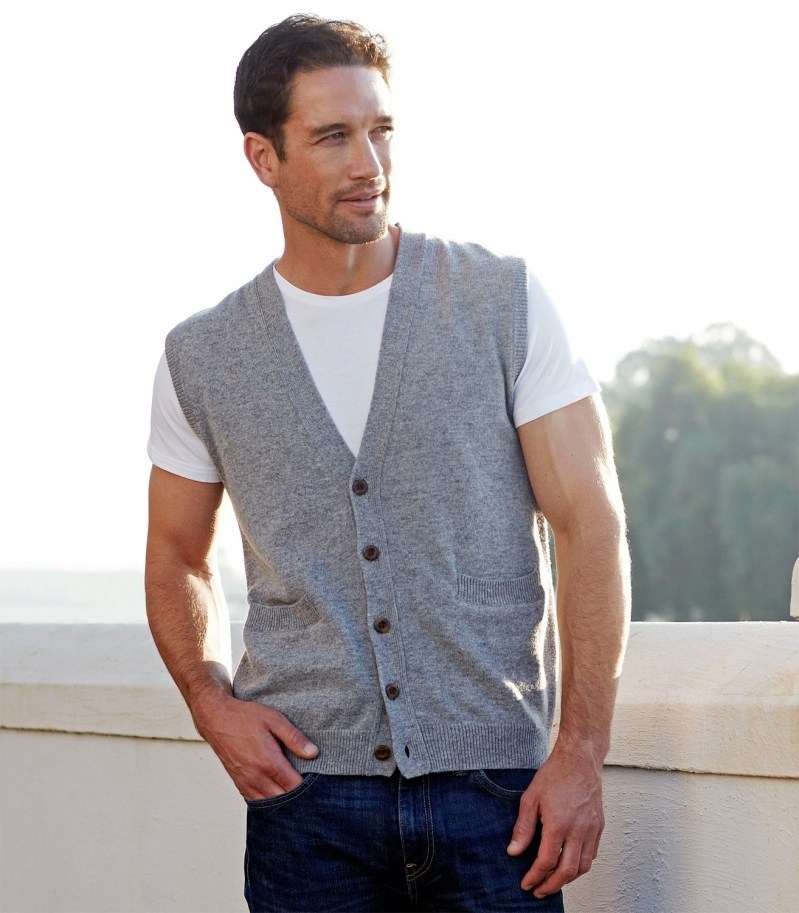 They might call it a waistcoat but to me it’s a cross between a cardie and a tank top! I’m in heaven!

I always tend to be ahead of trend, which is a polite way of saying I wear stuff before it becomes fashionable again, whilst it’s still in the realm of deeply unfashionable but given that stockists like Woolvers stock a range of tank tops and cardigans, and they look pretty cool, I think my time might have finally come. Goodness knows it’s about time.

So, what is it exactly about the cardigan that used to fill people with shame and hot outrage? Personally I blame a certain long running sitcom called Last of the Summer Wine. It was full of elderly gents wearing worn out cardigans and it wasn’t a good fashion look. Fortunately the show was cancelled and the humble cardigan hasn’t looked back since. Now if you have a proto hipster beard and ironic thick rimmed glasses, you absolutely have to have a cardigan.