I’ve just had the latest press release for the Nozstock festival land in my inbox and I thought I must share this. Weekend tickets are £105 per adult, and kids under 12 go free. You can get right up close and personal with the acts, as you can see here: 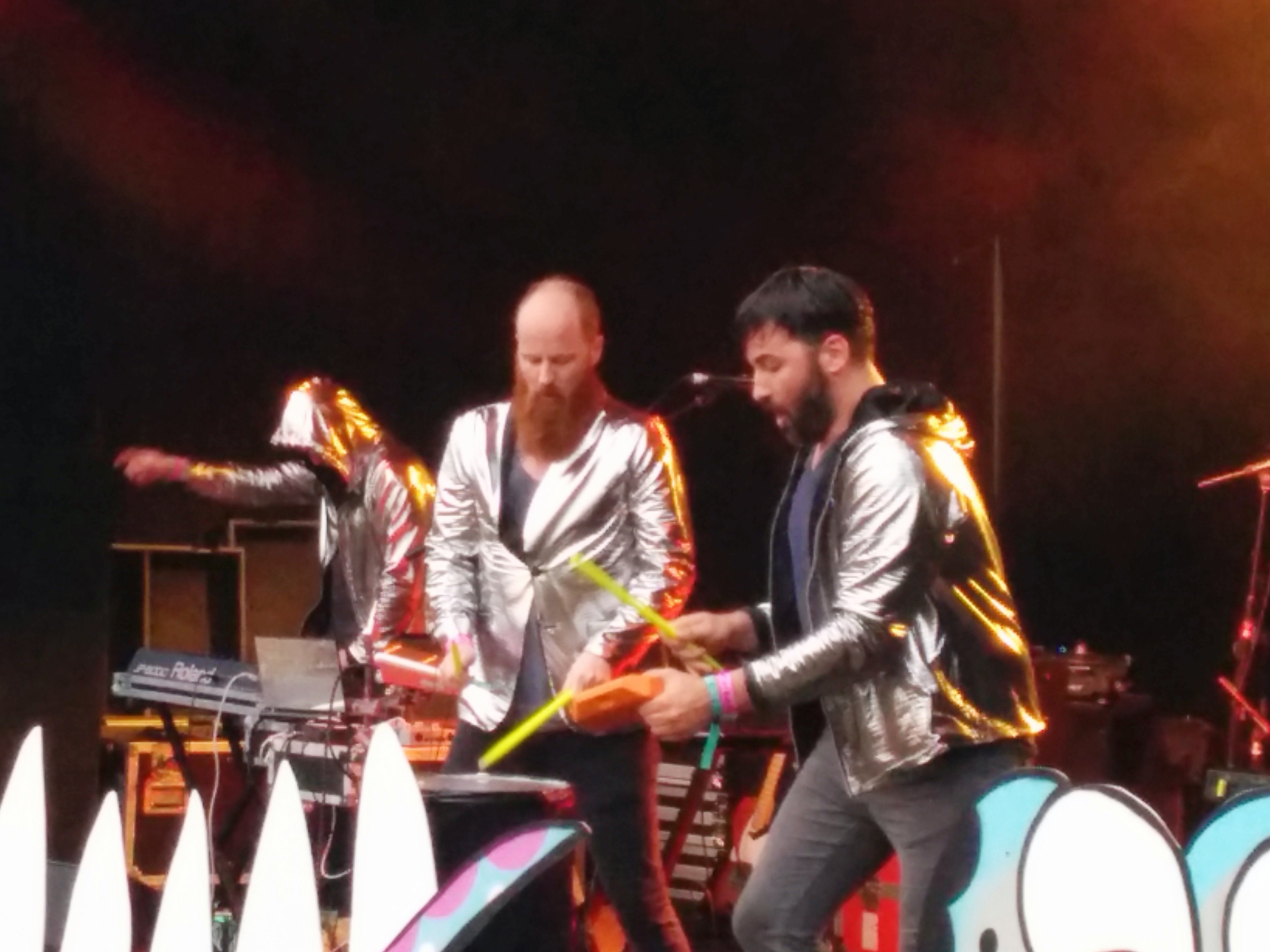 So who have they announced? Woah. This is going to be the biggest yet!

Nozstock The Hidden Valley has just announced its next round of artists, comedians and more appearing at the festival in July. Entering its 17th year this summer, Nozstock is one of the UK’s longest running odysseys, a charming and inherently grass roots festival set on a beautiful working farm in Herefordshire. Nozstock embraces a vast range of sounds and styles, encompassing pop, ska, folk, funk, soul, indie, drum and bass, psytrance, house and more, as well as a carefully curated showcase for arts, comedy, poetry, workshops and cinema, flowing from family-friendly festival by day to electrifying party by night over various customised venues across the idyllic farm. 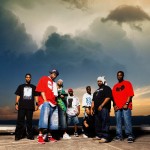 Ella Nosworthy, one of Nozstock’s founders, says: “We are ecstatic with our 2015 line up. We really feel this is a step up for us in terms of the amazing names we are bringing to Bromyard. Fuse ODG is a great addition to Wu-Tang Clan and Martha Reeves & The Vandellas, as well as the huge range of artists, DJs and comedians who are set to make it a really magical year.” 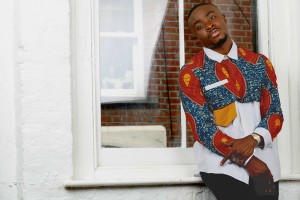 Nozstock is thrilled to announce Fuse ODG. An Urban Music Awards – Best Artist winner, Fuse ODG is a UK-based musician who reached number one in the iTunes World Chart, cementing his status as the first Ghanaian musician in history to achieve such a feat. Fuse ODG is the pioneer of the TINA – This Is New Africa – movement. The Ghana Music award nominee works with young people helping them to explore their artistic dreams.

Further new names include the Neville Staple Band featuring the original rudeboy with sterling credentials, including touring with The Specials and being a part of the formative 1970s sound system scene; Neville’s vocal style is to chant over a rhythm and he is sure to have Nozstock rocking. With style and hair vaguely reminiscent of late 80’s cult films, Will and the People are set to bring the whole indie package to the Orchard Stage. This quirky quartet epitomizes the sound of the summer, with far-reaching harmonies and folksy guitar riffs. Manchester’s miscreants and flow-heavy bass masters The Mouse Outfit ft Dr Syntax & Sparkz are gracing Nozstock with their infamous sound, stirring jazz, ragga, ska, dub and B Boy Funk into a seamless base of classic hip-hop beats. By the Rivers are a self-dubbed ‘cross pollinated reggae’ group hailing from Leicester, where post-Glastonbury they were labelled by the BBC as one of the ‘top 5 future stars of the Pyramid stage.’ They make a very welcome return to Nozstock. And The Computers are heralded as the saviours of soul, heavy-weight champions of classic rock n’ roll with a romantic fusion of soul and blues which is as sharp as their quiffs.

Rebecca Clements is already adored by BBC Introducing, her impassioned live show brimming with genuine magic and already she is heralded as one to watch in 2015. Will Joseph Cook is a 17-year old singer-songwriter showing great maturity beyond his years with his impressive lyrical skills. Clarence Clarity hails the arrival of a deranged, dervish of creativity and is one of the most exciting newcomers on the scene, whilst Welsh group White Noise Sound introduce their metronomic, hypnotic onslaught of melody, groove and exploration which goes far beyond the standard tropes of psychedelia. 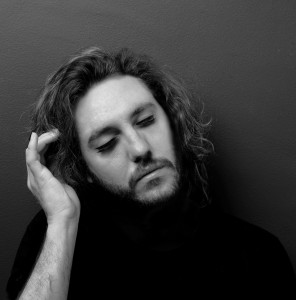 An integral part of Nozstock is its comedy venue – Laughing Stock. Side-splitting surrealism and observational comedic genius are on offer here from some amazing household names and a new breed of flourishing talent. Headliner Seann Walsh effortlessly combines humour and real life scenarios which has seen him as a regular on Mock The Week, Never Mind the Buzzcocks and Virtually Famous. By poking holes in everyday situations, he has been described by The Guardian as ‘unquestionably the best observational comic of his generation.’ Mark Simmons has the same passion for puns as Tim Vine; if you think of Tim’s quick-fire punnery you will love Mark in full flow. Andrew Maxwell is adept at making shrewd political observations; he has won several major awards including Best Irish Comedian at the Entertainment.ie Awards.  The much-acclaimed Mike Wozniak is known as a comedian, writer, actor and voice artist appearing in Channel 4’ Man Down, with writer credits on shows such as Radio 4’s The News Quiz and his own show Take the Hit,  which was nominated for the 2013 Edinburgh comedy award. Comedian, writer and actor Brett Goldstein landed a role in Channel 4’s hit series Derek and his award winning show Contains Scenes of an Adult Nature has received rave reviews. The Bafta-award winning Spencer Jones, previous Chortles’ Best Newcomers Pat Cahill and absurdist humourist John Kearns are joined by Matt Highton Joe Davies, Joz Norris, Lee Kern, Ross Lee, Jarred Christmas, Joey Page and Jayde Adams.

Back to the music, and P Money is a Grime MC from South London and one of the founding members of the OGz crew. He has been in MTV’s list of the best UK MCs and toured with English rapper Example. P Money is joined by Chimpo, Sam Binga & Redders, Blazey, Jaydrop, TS2W, FireManSam, Remidy and Koast in the Bullpen on Friday, as Bristol big-beat collective The Blast take over. With a mash up of Dubstep, Garage, Grime, 3 step, Basscore and Funky, Tumble Audio will also be taking up hosting duties in The Bullpen on Friday with a line up showcasing Deadbeat UK, Killjoy, Hadean, Hank Limit and Sergic & Lyka.  Saturday in The Bullpen welcomes the leading light in the resurgence of the UK Dub Reggae scene as Reggae Roast take over hosting duties.  The 3-man sound system are gaining a reputation as key players in the new wave of British Reggae. Their line up includes Mad Professor, who is one of the leading producers in dub reggae’s second generation, plus Adam Prescott and Donovan Kingjay. And Sika Studios return to transform The Bullpen into a Hip Hop Squat for Saturday night and Sunday; they welcome a sterling line up of Deadly Hunta, Klashnekoff, Devilman, Leaf Dog + BVA Split Prophets, Tenchoo, and Team Dreebs.

The Wrong Directions Cinetent is an audio-visual sanctuary for the weary traveller. From informative documentaries to cinema classics, Nozstockers can reset their cultural compass with an array of quality shorts. Programme includes Metropolis, The Empire Strikes Back – Uncut, The Journeys of Georges Méliès (1896 – 1913), Plan 9 from Outer Space, Cat Show, White Panther: The Legacy of John Sinclair, MOOG: Back to The Future, The Dust on Our Feet, TPBAFK: The Pirate Bay – Away From Keyboard, Buy Buy Europe, The Internet’s Own Boy, Sculpture – Video Plot, Jake Fried, Opening, Fireball XL5, Superman, This Is China, Sydonia and Lights On.

Nozstock The Hidden Valley has nine stages and is set around a ramshackle Tudor farmhouse. The Orchard Stage is set on the side of the gently sloping valley; alongside the farmhouse is The Garden Stage, which provides a more eclectic lineup, turning electronic by sundown, whilst a converted cowshed, The Cubicles, pushes out sub-thumping bass to the early hours. The Dingle hosts much of Nozstock’s alternative art activities; a theatre, cinema, pop-up workshops, secret venues, circus, poetic encounters and a dedicated kids area.

Nozstock is truly home-grown and hand-made – quite literally in fact, with a sizeable group of grass-roots supporters helping to create the themed environment each summer, painting signs by hand and building original artworks from scratch. This is the quintessentially British festival – a little bit eccentric, a lot of fun; full of wonder, curiosities and a touch of magic.