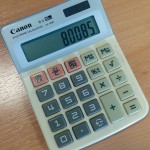 My dad is an accountant by training and also probably in some weird genetic way that nobody really yet understands. When I was little he gave me a lot of financial advice which, being young and a know it all, I generally ignored. I shouldn’t have and I’m sorry dad, you knew best in at least this much.

We all like to use our years of experience to pass down some nuggets of advice to our kids, and there are a couple that my dad tried to instil in me that still hold some particular resonance.

Never a borrower or a lender be. This has the sound of an old folk saying but it definitely makes a lot more sense than cast ‘eer ner clout til May is out. Back in the late 70’s and early 80’s, interest rates hit 17%, which meant that even though house prices were low (my mum and dad paid £40,000 for their 4 bed house in 1982), their mortgage payments were a massive percentage of their take home pay. My dad firmly believed (and still does) that if you can’t afford to buy something, you shouldn’t buy it and has paid off the entire balance on any credit card he has ever owned without paying a penny of interest. Lending people money is also a sure fire way of ruining friendships and you should always avoid if at all possible unless you’re a better person than I am! That’s two bits of advice rolled into one, which is typical of my dad really, always on the look out of value for money…

The other thing he tried to instil in me goes alongside self reliance/funding when it comes to buying stuff, and that is saving up money. When we bought our first house my dad revealed he had been chipping in to a savings account for me and my brother so we could have some money towards a deposit. This action spoke louder than words to the sense of the need to save and ever since I’ve slept happiest at night when we’ve had some money in the bank for a rainy day.

When TSB asked me what Golden Nuggets of advice I would give to my children when they were about to set up their own current account, I couldn’t help but think of those that my dad told to me and I utterly failed to pay attention to. In addition to those that my dad espoused, I’d add, listen to the flipping advice(!), and apply the Alice in Wonderland approach to attaining stuff: jam tomorrow. It’s so easy to spend any money that comes your way because the lust for spending is upon you, but if you save it up you can save towards something much more impressive- be it a house, a car, or a much bigger and more awesome LEGO set.

When I was in my early twenties, credit was cheap and people were buying stuff on cheap credit all the time. Minimum repayments meant people could rack up truly stupendous amounts of debt with little initial consequence. I would definitely advise my kids of steering clear of this sort of mindset; if you can’t afford it, it isn’t for you and you should think again, get something else or save up for it.