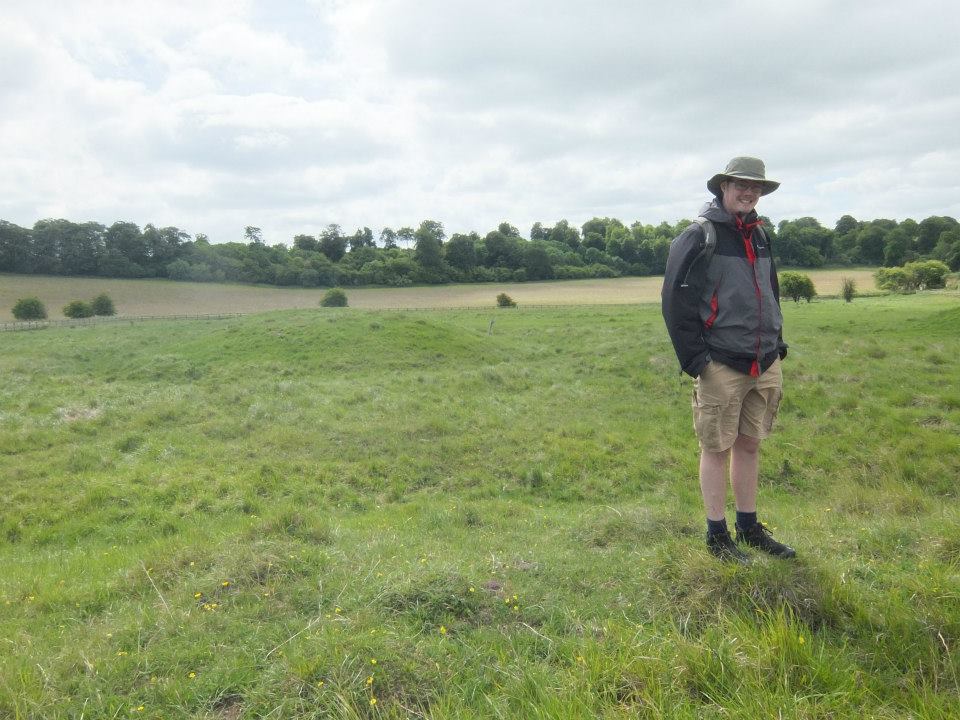 This weekend just gone we took advantage of an inset day* at the school to go on our first camping expedition of the year. We were off with some friends and for a change, we decided to go closer to home. In the shadow of the Uffington White Horse to be precise. The Uffington White Horse is one of those chalk landscape pictures, an odd one that you can apparently only fully see from the air, which of course would have been somewhat impractical in the bronze age when it was originally made.

The one thing we, and by we I mean everyone else who organised the trip, had forgotten was the weekend of the inset day also happened to be the summer solstice. What was normally a quiet campsite (so we had been assured) had spread to 5 fields with gangs of barefooted children roaming far and wide and queues for the portaloos abounding. We pitched our tents at the top of a field, on such a slope that I had to ensure the kids all went to bed with their sleeping bags unzipped because in them they had too little friction to hold them in place and the all slid down and sort of pooled at the bottom of the tent in a mass of limbs and sobbing.

Still, if you’re into your neolithic, mesolithic and palaeolithic, this would have been awesome for you. Within a short walking distance of the camp site we had the Uffington White Horse, Uffington Hill Fort, and Wayland’s Smithy, not to mention Seven Barrows a longer walk/short drive away. Truly spectacular.

It would have been even more spectactular if the new age/Wiccan/pagan/re-enactor/fruitcakes hadn’t been out in force. On our first afternoon there we climbed up the White Horse and were just having a biscuit as a reward when the Fellowship of the Ring appeared labouring up the hill in inappropriate footwear and itchy clothing. They ground to a sweaty stop just across from us and made a big thing about getting a horn bugle out and puffing down it dramatically. They had obviously been saving hard prior to spending absolutely everything they owned at a Re-enactor Fair on handmade Saxon boots, nettle woven shirts, cloaks, capes, metal trinkets and so on.

Sadly I don’t have any photos of the group but if you watch this Bill Bailey sketch it will give you the general idea:

After our biscuit break we carried on along the Ridgeway to Wayland’s Smithy (not to be confused with Waylon Smithers from the Simpson’s). This is a neolithic barrow that picked up it’s rather confusing name  in Saxon times when the locals believed it had been the home of their God Wayland. Wayland was a smith and legend had it that if you were to leave an offering of coins and a horse missing a shoe there over night, on your return the money would be gone and the God would have shoed your horse for you. Obviously this meant that the same bunch of new age/Wiccan/pagan/re-enactor/fruitcakes had left 5p’s in the barrow and lit some joss sticks. And no, they hadn’t left a horse, somewhat missing the entire point of the legend/ritual. Still, Ned left a rather large reward for them in the woodland, so everything was equalled out there. 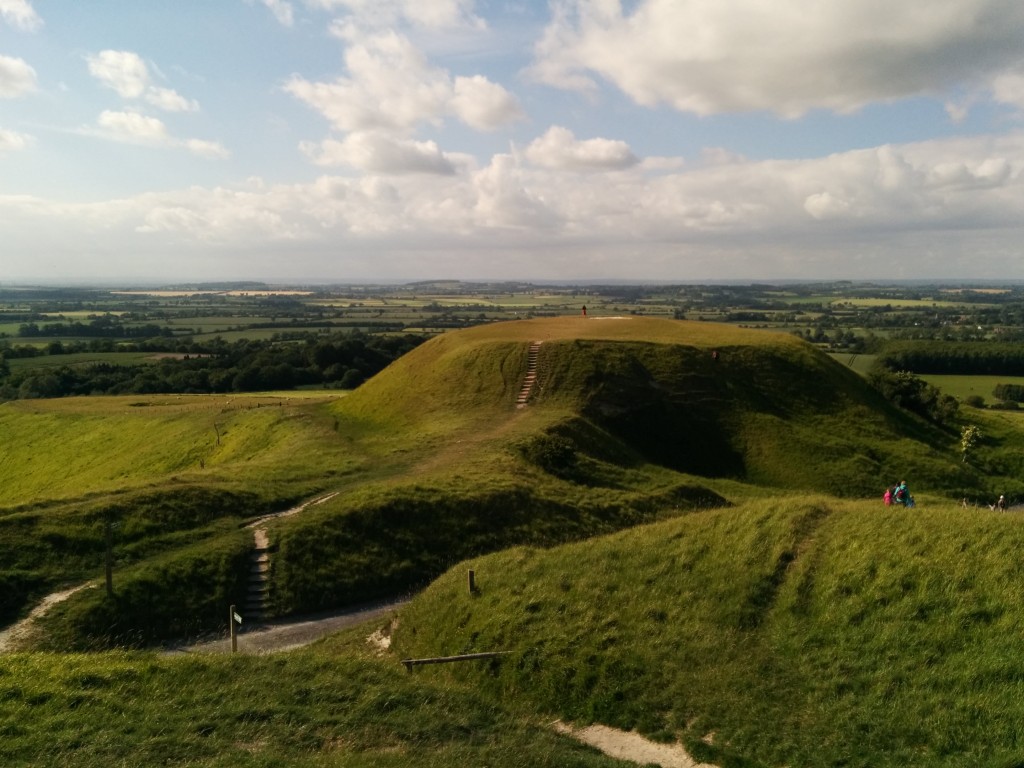 If you look really hard at the flat hill, you can see a pair of orange trousers with an idiot in them

Finally, as we headed back to the camp site, we walked down the side of the White Horse, looking across to Dragon Hill- legend has it this hill was where St George slew the Dragon. The peace of the early summer evening as the sun began to set was somewhat spoiled by an entirely different new age/Wiccan/pagan/re-enactor/fruitcake who was standing on the edge of Dragon Hill with the sun behind him, resplendent in his orange trousers, playing the bongos in a “look at me I’m playing the bongos” fashion. Perhaps he hoped he’d be silhouetted to the people down in the camp site and consequently look magnificent. Personally I just thought he looked like a prat in orange trousers spoiling the peacefulness of the area for everyone.

Still, I mustn’t complain too much, as we had two archaeologists with us who were able to properly explain the sites without descending into mumbo-jumbo. Gandalf and co could have benefited from a long chat with wifey who would have explained things to them a lot better than whoever attempted it previously had…