It’s funny, regular as clockwork every winter as parents we suffer collective amnesia. When it’s dark when we get up and dark when we get home from work or wherever it is we’ve been, we all long for summer (even if it’s usually as washout) without remembering that the incessant light means the kids are invariably up at some point of the five o’clock and refuse to go to bed because it’s not dark out yet.

Yesterday was a marathon of being awake. I came downstairs after being woken up by Ned at just gone 5am to find the boy sitting on the sofa morosely staring out of the window because it was day one of the TV and electronics sabbatical. I’m calling it a sabbatical because ban sounds a bit draconian but the effect is the same. We decided it was time to do something as Sunday afternoon saw the boy draw the curtains in the living room in order to watch Toy Story. The lovely weather was thwarting his attempts to sit indoors and watch telly basically and we thought enough is enough. 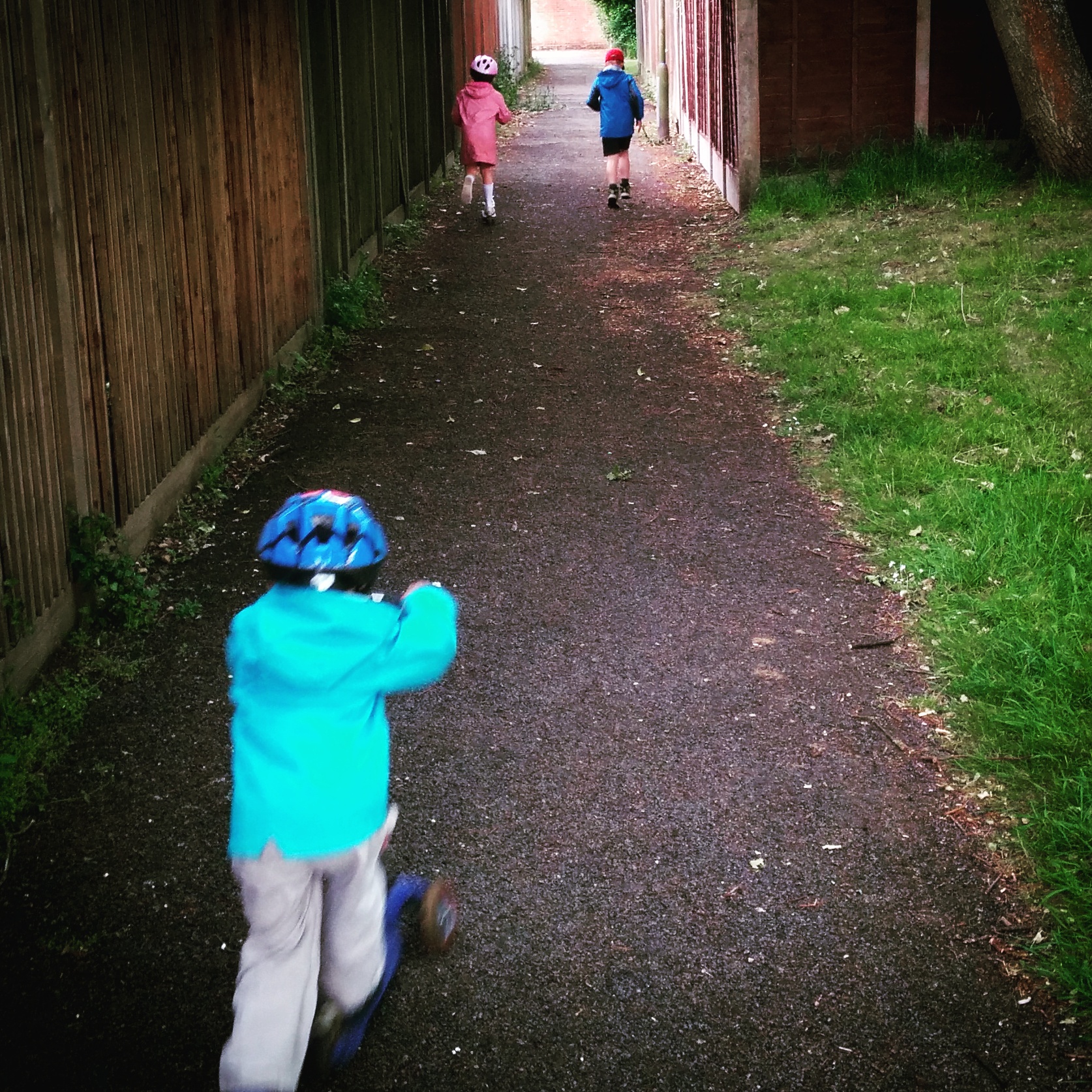 Eventually the boy decided to go up and build some LEGO but he wasn’t best pleased. By this point I was up and dressed and heading off to work. I stopped off at the gym on the way home and actually got home at 6:10. I was confronted by the boy who wanted to go out for a run. This isn’t normal. They boy normally has to be removed from the house under protest in much the way the little old lady in the Tweetie Pie cartoons has to remove Sylvester the cat from any situation involving Tweetie Pie.

Still, I was wearing my running gear so I took them out (Ned and Fifi tagged along on their scooters). It turned out to be in part a ruse to get the TV sabbatical lifted as I was subjected to a near constant torrent of questions surrounding Tim Burton’s Alice in Wonderland film. Apparently a couple of his class mates had seen it and it was now his obsession. This obsession went on past the run, past bed time and was still ongoing when I went to bed at 10pm.

So that was one exceptionally long day. Roll on winter eh? At least they’ll sleep longer if it’s dark…