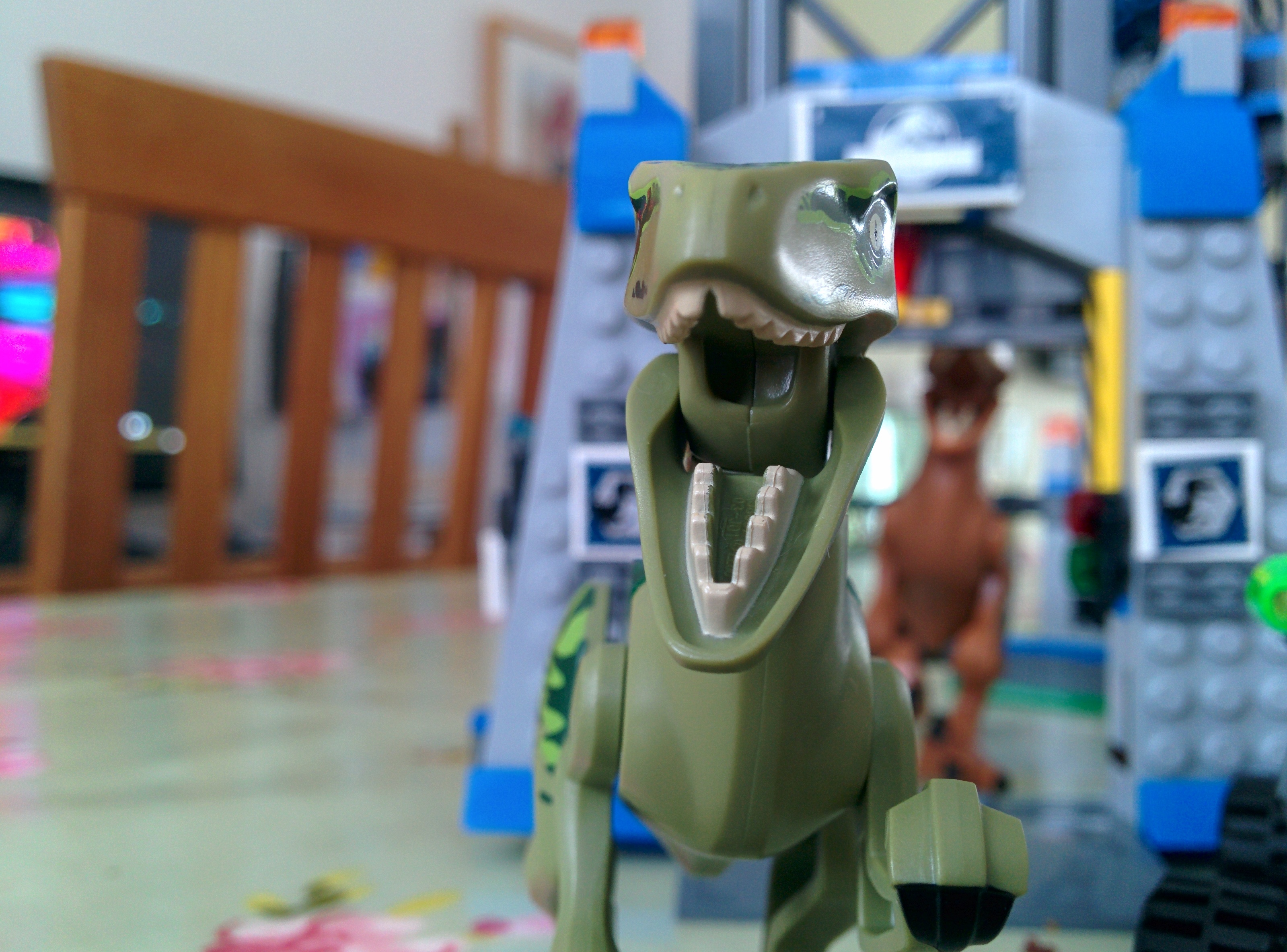 After all the teaser trailers and build up, Jurassic World, the fourth Jurassic Park film, is now upon us and with any big film release, there is the tie in merchandise. LEGO have done some brilliant movie tie ins recently, my personal favourite being the HulkBuster Iron Man set (set 76031) that our eldest spent a chunk of his birthday money on. The Jurassic Park LEGO ratchets things up a notch though, as it has actual LEGO Dinosaurs. Dinosaurs aren’t new to the LEGO universe, there has been Dino Attack (2010) and the slightly more realistic Dino (2012) ranges. We’ve got the Ambush Attack set somewhere and it’s lead to dino adventures when the kids were old enough to watch the original Jurassic Park.

Interest in the new film has permeated our house and there is of course a related interest in whatever spin offs that the kids set their eyes on. The boy wanted to know what Jurassic World LEGO he could have and since we’re LEGO family bloggers, we were lucky enough to be sent some for review purposes. We have LEGO Jurassic World Raptor Escape set 75920, that comes with a couple of raptors, Barry, a vet, a buggy and a dinosaur enclosure.

We haven’t seen the film yet (heck,it was only on general release yesterday) but there is already unending speculation about how the raptors escape. The boy says they’re very clever and very good at escaping because that’s all they seem to do in every Jurassic Park movie! The enclosure itself isn’t on a base plate but is solid/light enough to pick up and move about without it falling to bits. The boy (8) didn’t find the build too difficult but did find clipping all the sides of the enclosure together a bit fiddly. The enclosure itself has a sliding feed trough, a big reinforced gate that goes up and down and a (dramatic!) collapsible platform for dangling over the raptors danger (or, if you’ve got the inclination of our 6 year old daughter, a plunge to your raptor inspired death- don’t mess with girls!).

The set retails for £39.99  and has just shy of 400 pieces. There are a couple of bigger sets with the T-Rex and the Indominus Rex but lets face it, everyones favourite Jurassic Park dinos are the raptors.