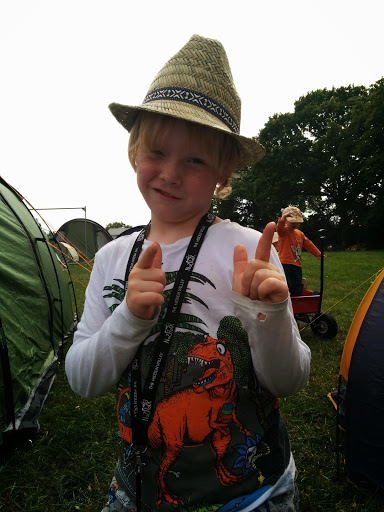 Last night I commented to the lady wife that the boy, 8, had decided he wanted some hair gel applied after his haircut. I opined I didn’t even know hair gel existed at his age and what was the world coming to? Her reply was sharp and to the point; the boy has a sort of effortless cool that we can’t really begin to understand or copy. I certainly don’t know where he gets it from but I fear she’s right.

I suppose he must pick a lot of it up from what he watches on TV, that latter day version of Ant & Dec, Dick and Dom, are hair gelled hyperactive boys themselves and seem pretty ubiquitous on CBBC at the moment.

Things were different when I was little. It’s not that the presenters of kids telly are much  younger today (although some of them obviously are), more that they’re more obviously irreverent. I was always a Blue Peter rather than Magpie fan, and that followed into a lot of what I watched. The ads on ITV always used to annoy me so I tended to watch more on the BBC anyway. When I think of the first line up of Blue Peter presenters I remember, Simon Groom always comes to mind. Simon Groom was and still is the antithesis of Dick and Dom; an ageless tall bloke with Dougal from the Magic Roundabout sitting on top of his head, nevertheless Simon was great and it’s only in later life I realised what a cool dude he was with his constant innuendo:

Nowadays he’d have the police knocking on his door at anything like that, or the “great pair of knockers” comment he made about a pair of huge ornamental door knockers.

Mind you Simon Groom always followed through with the joke, (flicking through the Blue Peter Annual..”and here’s Tina and me in 34 different positions..”), whereas Holly Willoughby is what we like to refer to as a “bottle job”