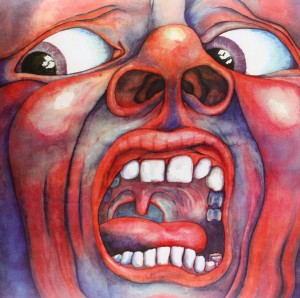 I’ve written about HiFi snobbery in the past on the other blog and how much it annoys me but it’s equally true that I get irritated with people who think a good set of headphones are a pair of headphones that give such a ridiculous amount of bass that they’re in danger of discovering the mythical brown note.

No, I like my music, so I have to pay attention to what I’m listening to it on. It’s a bit like preferring to watch stuff on Blu Ray over DVD; why would I watch it on some inferior old technology when I have the chance to listen to it on something better.

When we recently had a huge tidy up of our house before my 40th I was faced with the choice- indulge myself in a proper old fashioned separates system or get myself a PS4 and an electric guitar for my mid life crisis. I don’t regret not getting the HiFi set up but it is still definitely on my wish list. An interim set up that makes use of i) all our music that’s been ripped and is stored on a NAS box and ii) the streaming subs we have to Spotify and Google Play Music, like the Panasonic wireless speakers, is probably a good start. I actually won a Panasonic wireless speaker a couple of years ago, and it’s still installed in pride of place in my parents dining room so my dad can listen to the Beautiful South constantly. Great quality bit of kit. 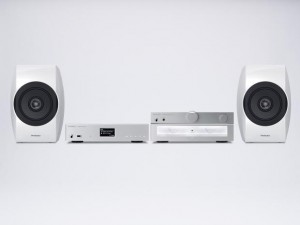 Still, if I don’t end up with something like a wireless speaker set up, I’d be more than happy with something like the Technics c700. Technics are more than a bit legendary in music circles- so much so my brother in law is still ecstatic about rescuing a Technics turntable from a cupboard at work.  A lot of what I listen to (and force the rest of the house to listen to too) was recorded before the Loudness wars pretty much ruined any modern recordings. I love my Who, Pink Floyd, Led Zeppelin, Kinks and King Crimson, so listening to either the .flacs on our NAS box or the latest remastered CD does require the right bit of kit. And as a 40 something now, it’s about time I indulged myself don’t you think?