Way back in the midst of time (2011 if you must know) we reviewed the Hue Animation Studio. We loved it and are inordinately pleased to find out that a new and revised version is now available. This time round, you get a printed animation book with your camera and software, which proves invaluable for looking at stuff while you’re actually doing your animation. 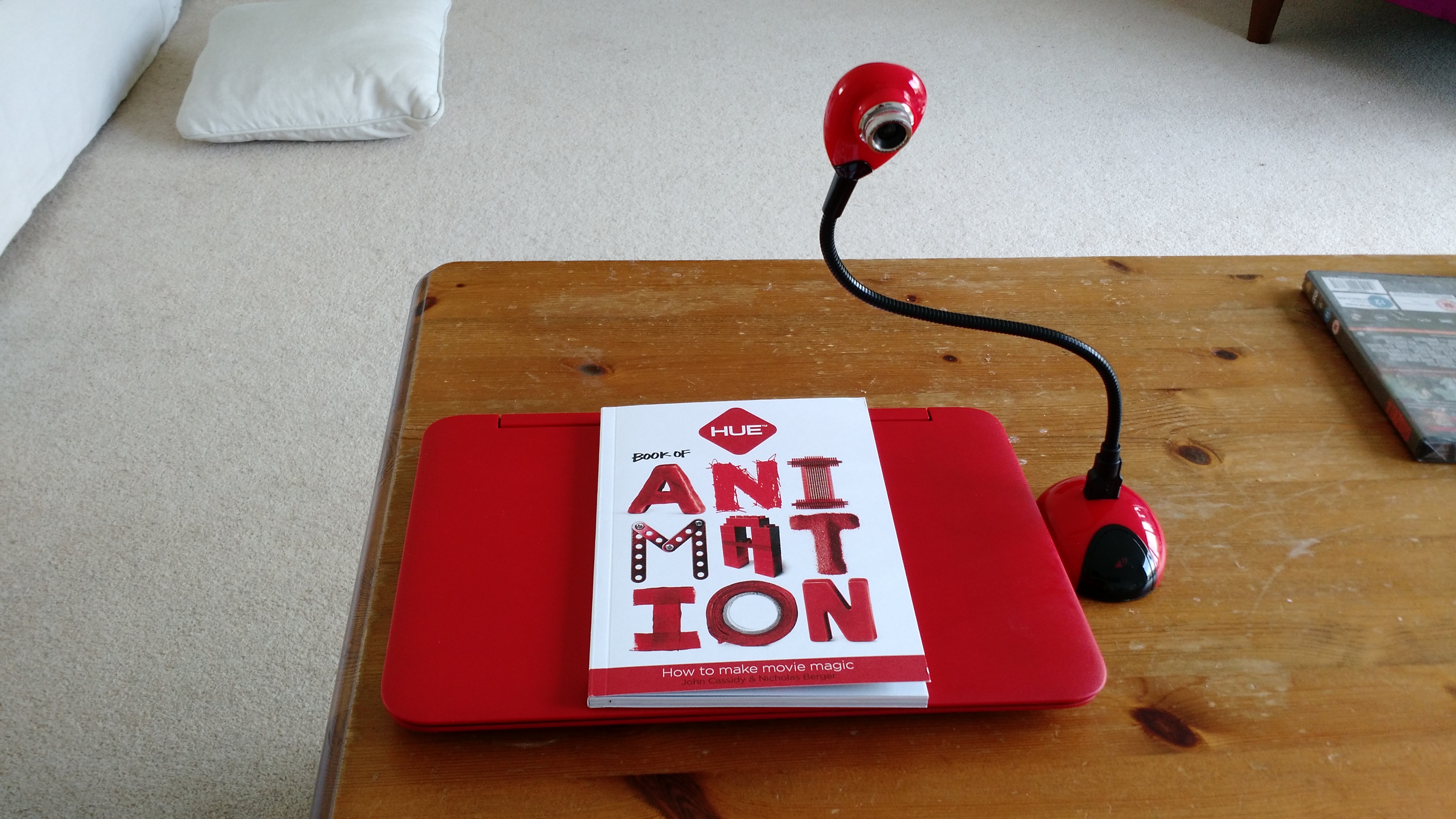 While the camera looks the same, the resolution and general picture quality is a million miles away from what it was with the old kit, and the focus ring (not documented brilliantly) really lets you get in close to the action in full HD. The interface looks simple and clean, without looking childish, something kids will appreciate. Despite being squarely aimed at kids, the software is pretty powerful; it lets you do Chroma Key (aka green screen), has onion skinning switched on by default (shows you a ghost image of the previous frame so you can make sure your animation is smooth), and a lot of other pretty advanced effects. 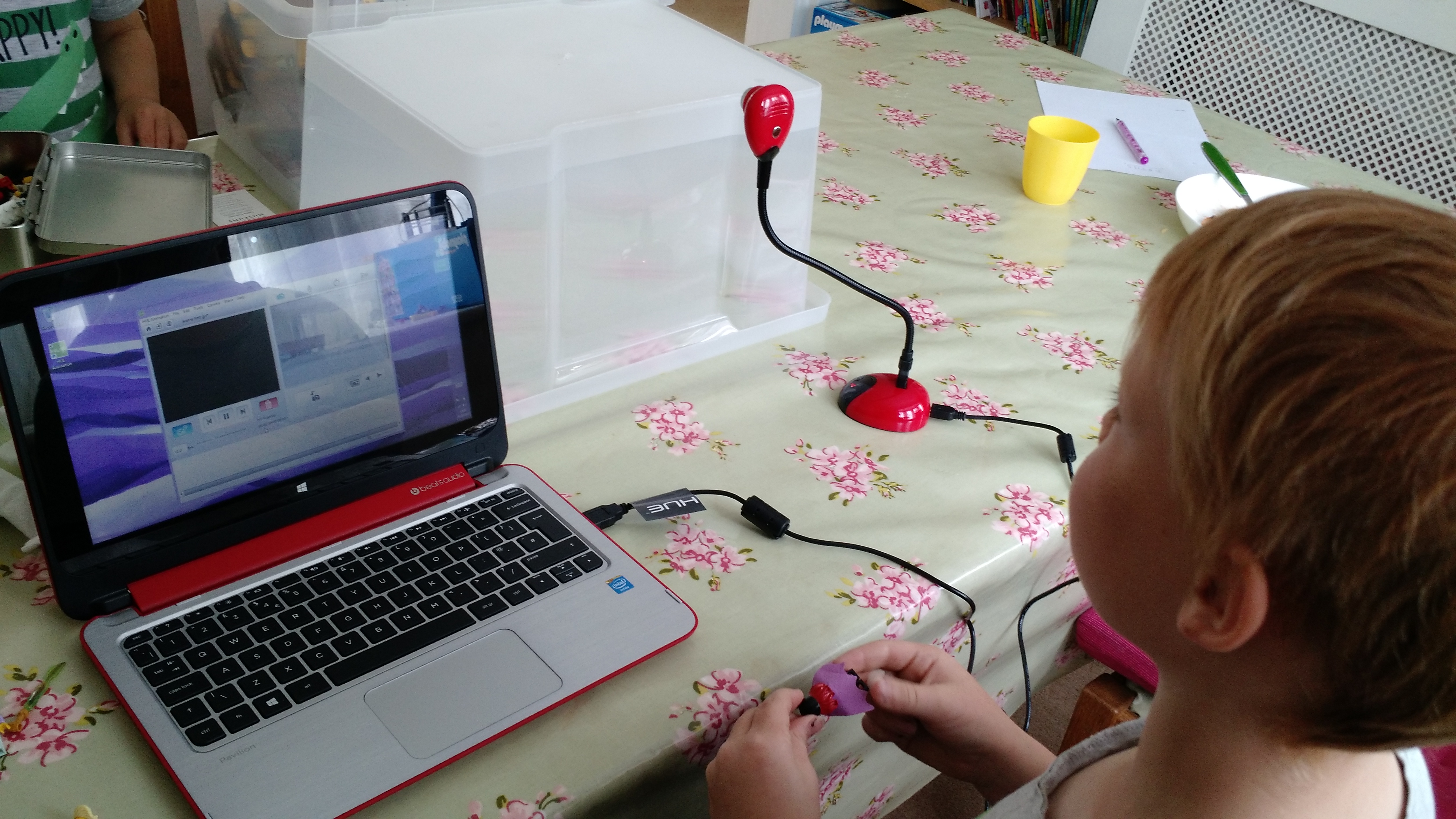 The proof of the pudding is in the eating as they say, so we set up the 8 year old with the software and a stage for him to make a video on and left him to it. There were three things I had to do: 1) log him in to the laptop, 2) select the camera to use from a menu and 3) save the movie for him at the end. He intuitively worked out how to delete rogue frames, took to the onion skinning like a pro and probably sat at it for an hour or so before his first masterpiece was ready. As with anything, there is a learning curve but to be fair to him, his creative vision was vying with his impatience to get the vision down on the screen. The default frame rate on Hue Animation Studio is 10FPS but we dropped it to 8 for his video. That means the 16 seconds or so of video has around 130 separate shots in it- impressive when you break it down like that. Obviously if you want The Hobbit level frame rates (48 a second I think), things will look super-smooth but you might just die of old age before you finish your masterpiece.

I’d note we’ve not exported it at the highest settings but we have had it’s worldwide premier on our 60 inch 1080P television from the source material and I can say that it looks ace. I’ve sent him away now to read the animation guide and script out his next story. Once we’ve completely mastered the basics, production will get more involved and exciting…

You can pick up the Hue Animation Studio as a bundle for £49.99, which is great value to my mind. Whilst there are DIY solutions, as anyone who has ever looked into Lego/Brick animation will know, you spend more time tweaking settings on unfriendly software than you do actually animating. The Hue Animation Studio lets you get right down to it with no fuss and a minimal learning curve.