Following on from my post the other day, Effortless Cool Vs Me, I started thinking about the interests I’ve had ever since I was little and how they seem to be a lot more socially acceptable today than they did back then.

If you had to ask me what got me in to science fiction and fantasy stuff, I wouldn’t have to over think the answer, I could simply say it was tea time on 29 September 1979, and it was precisely the moment that Count Scarlioni pulled off his latex mask to reveal a shaggy green Cyclopean eyed head. In other words, it was Doctor Who, The City of Death. 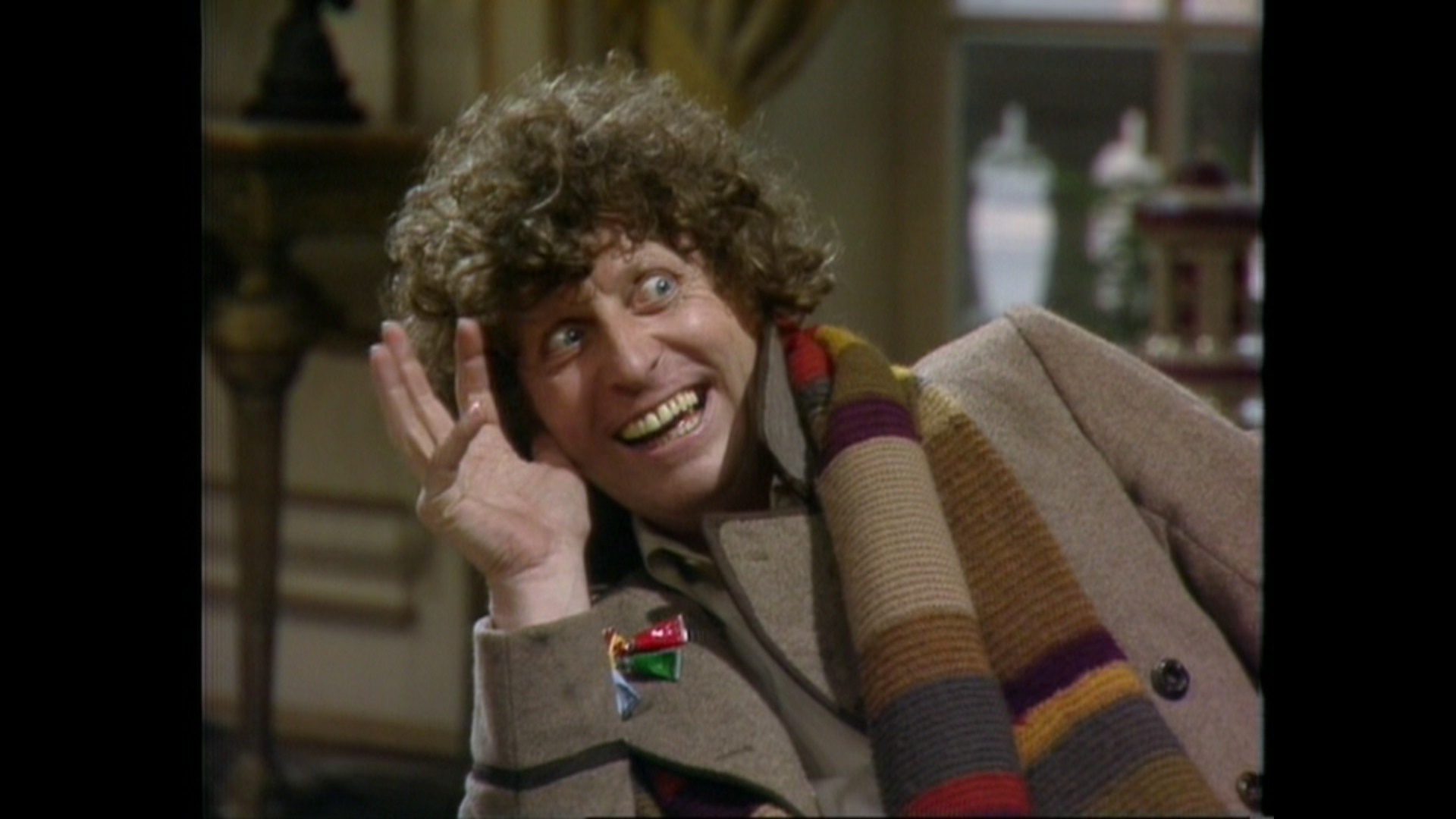 The great thing about telly back then was the lack of endless repeats, something that makes it much easier to pinpoint a moment in time decades later. Of course at the time, this was a real problem, especially after the advent of the video recorder and my obsession with taping every episode of Doctor Who, Red Dwarf and Blackadder (woe betide anyone coming near me if I’d missed the start of the title sequence- it put me in a foul mood for a week).

Doctor Who on the telly lead me to the Doctor Who Target books, which lead me to sci-fi, which in turn lead me on to Lord of the Rings and then the rest of the fantasy that was lurking out there. People at school used to rip the piss out of me for reading books about goblins trolls and pixies but I didn’t care (much) and just took it stoically. It didn’t help that I was also a big fan of computer games at the time, something that had still to catch on with a lot of my peer group. I was seen as the odd person who liked odd stuff.

Fast forward 30+ years though and it’s all changed. I blame Harry Potter, the kids books that unaccountably have taken the adult world by storm. Those of us that have been reading Pratchett and other authors in the genre with cross generational appeal for decades took and still take an exception to a lot of Rowling’s comments about “rescuing the genre” but without a doubt, it bought it more into the mainstream, especially when the films were made. So while the Harry Potters were popular, my generation really got in on the act more recently when one of my favourite book series was adapted for TV. back in 1997 my friend Harry recommended me the first book in a series called A Song of Ice and Fire. For the first 3 volumes there was a 2 year gap between each book, then a five year gap, then a 6 year gap and now we’re 4 years since the last one. You may have watched the TV series, it’s called Game of Thrones.

It’s funny but some of what I think of as the uber fans of the TV series were probably not even born when I picked up the first volume in the late 90’s. The number of people round the office that profess to watch it is astonishing. Almost to a person, none of them would consider reading the books either, which shows the populist appeal.

All this- Potter, Game of Thrones, other shows like Battlestar Galactica, the proliferation of Super Hero movies, Tom Cruise & Will Smith making lots of sci-fi- has made the interests I had as a kid, if not cool exactly, a hell of a lot more acceptable