Let’s be honest; most dads aren’t as cool as they’d like to think. Trying to bond with the friends of your children and attempting to dress like them is not going to win you any cool points. There are still some areas where you really can let your experience speak for itself, though. 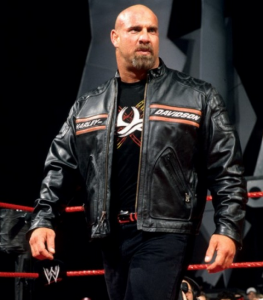 The biker lifestyle is something all kids at some point aspired to. Okay, now you’re a little too old for that, but there’s no reason you can’t be back in style again. A pair of black jeans and some biker leather jacket throw in heavy boots is more than enough to look cool, even if you don’t happen to be a biker.

You do not need a Harley-Davidson to come across as a cool dad. The key to being cool is not to look like you are trying to be cool. You should appear relaxed in your clothing. That’s why, for example, if you don’t feel comfortable in a David Beckham style denim waistcoat, you shouldn’t wear it. Not all of us have a Beckham slim frame, more like a little bit of biker belly!

So how can you go a little further with a raw, aggressive look?

Care about your appearance without seeming like it’s a big deal. Take David Beckham, who was recently spotted riding his Harley-Davidson around Los Angeles. He has been seen working out at the gym, and bonding with his son Brooklyn while doing it. Consider getting yourself in shape while dressing the part. Bond with your children without making it seem forced.

Where should you look to for biker clothing?

The chances are you already have all the items you need right there in your wardrobe. The Harley-Davidson lifestyle is not about purchasing the most expensive pair of skinny jeans you can find. The beauty of this lifestyle is that you can pull out a cheap pair of jeans and throw them on. “Most Local Harley Davidson dealers have clothing lines within their showrooms and they are doing more business in leathers and accessories than motorbikes these days” Says Dale Gillespie from www.leedsharley-davidson.com

It’s as much about comfort and practicality as it is about wearing designer clothing.

Just make sure you don’t try to make any radical changes. There is nothing worse than someone who completely changes his look in a matter of hours. It gives the impression of you trying too hard and that this really isn’t who you truly are.

Make some small changes that fit in with your existing look. Don’t seem like you’re trying too hard to be cool. And ensure you are making positive behavioural changes in your life to really embrace your new status as the cool dad.