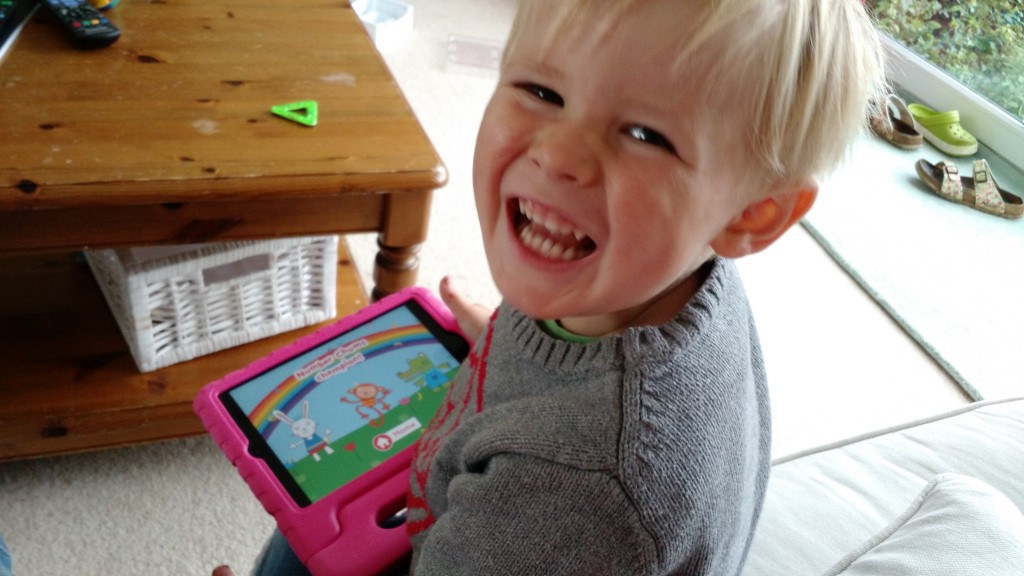 I still can’t get to grips with Ned being at nursery now. Even though he’s shot up during the summer holidays, it’s still a bit of a shock to see him in his school jumper and effectively looking like a mini version of our 8 year old. Still, he’s there and that’s a fact, which means were working with him outside of school on his numbers and his phonics. The approach we’ve come to understand from putting the older two through the system is a lot of the actual learning happens at home and nursery/school seem to work as a place of consolidation. Whether this is true for everyone, either at our school or generally, I don’t know, but we’ve found it best to do a lot with our kids. Whatever we try to do with them is always done in a fun way- learning should be fun after all, especially when you’re three and have 15 years of compulsory education to look forward to.

Whilst we do use various workbooks and games, we’ve found that apps on tablets and smartphones have also proved a very successful asset in helping kids to learn. Kids, especially at Ned’s age, often don’t realise they’re learning if they’re doing it via a game. The gamification of learning is something I’ve written about briefly before, so when we were asked to write a detailed review about Yorkshire Bank’s Number Chum’s app, we readily agreed because it tied in well with what we were doing with Ned.

Due to my inability to read stuff properly, when I said yes, and popped the app on my wife’s iPad for an exploratory play with, we weren’t even aware that we were being sent an iPad Mini to review it on as an incentive to be involved in the review process. I get plenty of requests to review free apps and whilst I’ll sometimes do it if the app looks good, I’ll often not bother because my blogging time is fairly limited by work and if an app is free, there’s nothing to stop me downloading it anyway. 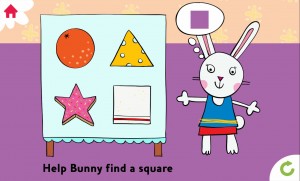 The Number Chum’s app is bright and cheerful, using animals to help your proto-numerate child learn to count, recognise numbers and match shapes. The vocal track doesn’t make you want to throw your iPad (there is an Android version) at the wall, like some apps I could name. 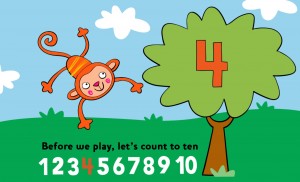 The app itself deals with three different aspects of maths- there’s shape recognition with Bunny, counting with Monkey (including counting to ten before the game starts), and big and small with Croc. In all three games, if you get a question wrong, the app simply lets you have another crack- it’s gentle learning at it’s best. 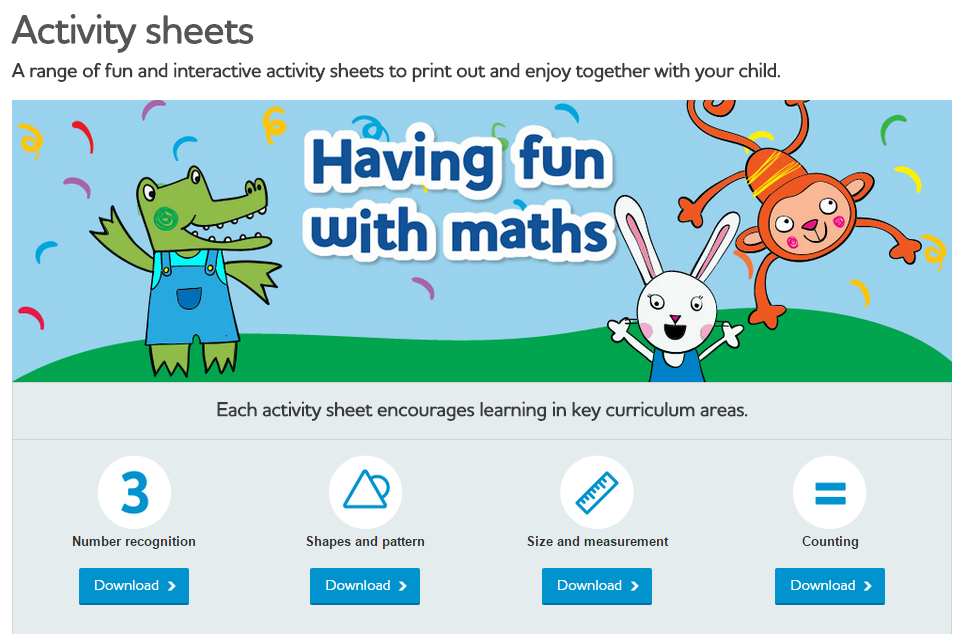 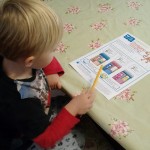 What is nice is that there are tied in activity sheets that you can down load from the website that you can use as well. Whilst I’m all for learning via app, there is a narrow window of time I’m happy to see my kids using tech, and I still think there is a good place for learning the good old fashioned way.

As far as free apps go, I’m happy to say this one does the job. The branding isn’t overt, either in the app or on the website but it does let your kid experience a variety of different aspects of maths- there are even some fun stories you can read and watch together.

You can get the app on iPad here or for Android here.