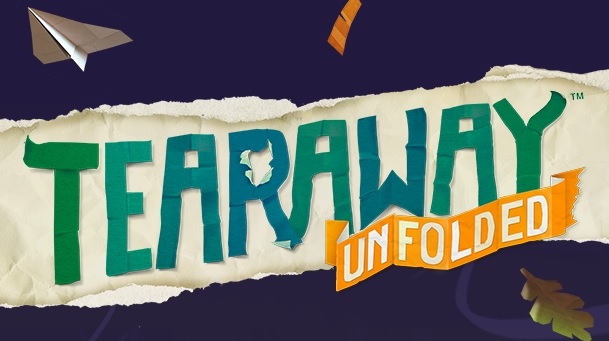 I was involved in a discussion on the Guardian website about videogames the other day. A lot, the author of the piece wrote, of videogames have lost the innovation and risk taking that used to make games such fun. I agreed; if you were to look at Forbes magazines top ten selling games of 2014, you would find four 1st person shooters (including 2 different Call of Duty games), 3 sports franchise games, Grand Theft Auto 5, Minecraft and one other. Slim pickings if you don’t like first person shooters, which I don’t.

When games cost over $100m to make and market, and the game you’re currently working on is being funded by the game you just released, you’re going to be more than a little bit risk adverse, so it’s often up to the big boys like Sony to try something different, and that is where Tearaway Unfolded boldly sashes into the scene.

There is no blowing stuff up. Or swearing. Or scantily clad female protagonists. You can choose the gender of your character, I chose a boy as I’m a boy, but it’s up to you. Fifi had a go and her character is a girl.

The game is set in a world made of paper and is lovingly realised; you can even use your smartphone to insert photos into the game world (they become wallpaper effectively), which is a neat touch but only one of many. 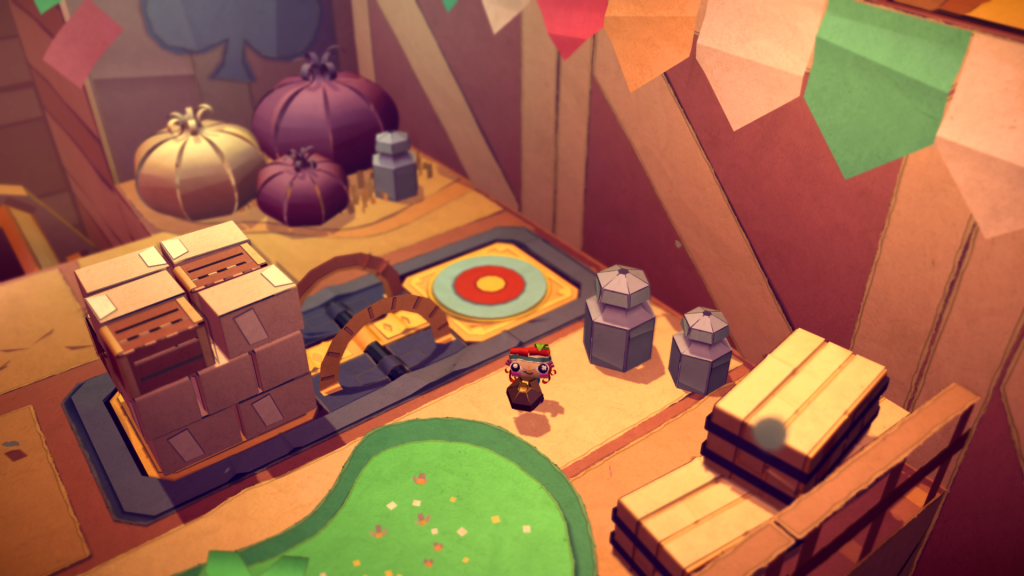 The plot involves your papery world being invaded by the Scraps, who mostly look like naughty cardboardboxes with eyes. They turn the lovely pastel coloured scenery into horrible newspaper, trapping the people of the world and generally causing lots of problems. The Scraps have fallen through a portal which, if you have the PS4 camera accessory, will actually show you peering out of the portal too. It’s your job to find a way to the portal and delivery a message, helping out people and clearing out the Scraps and the damage they’ve done on the way. 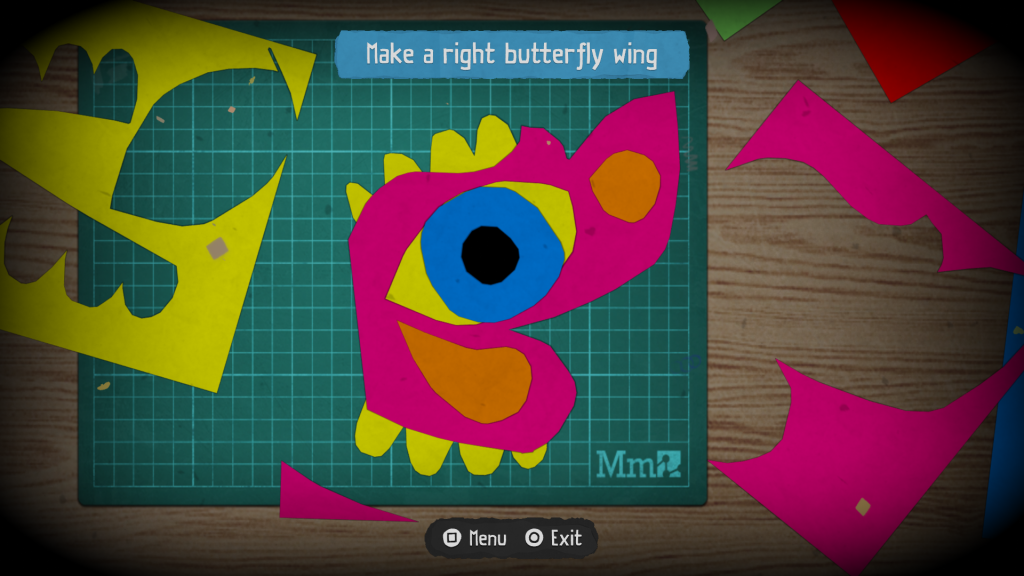 The original was one of the few PS Vita games to make full use of the innovative controls (the back of the Vita is a touch sensitive surface) and these innovative controls have made their way over to the PS4 version. You may find yourself using the controller to act as a torch to round up the Scraps and lead them to a well, or you might use the tilt sensors for something else, or even the PS4’s own touchpad (early on you have to draw a crown for a squirrel) for various side missions. It’s all very engaging and a true delight to interact with.

As you may have guessed, Tearaway Unfolded isn’t a twitch reflex game, it’s a game you can play at your own pace, enjoying what it has to offer as you go along. It has regular save points, which is handy as I got stuck in the scenery at one point and had to reset (try as I might, I couldn’t replicate the situation, so I think I was just genuinely unlucky). And it’s deceptively simple to look at- the more you pay attention to the detail, the more obviously complicated the game is to look at. That it looks so simple is down to clever design. 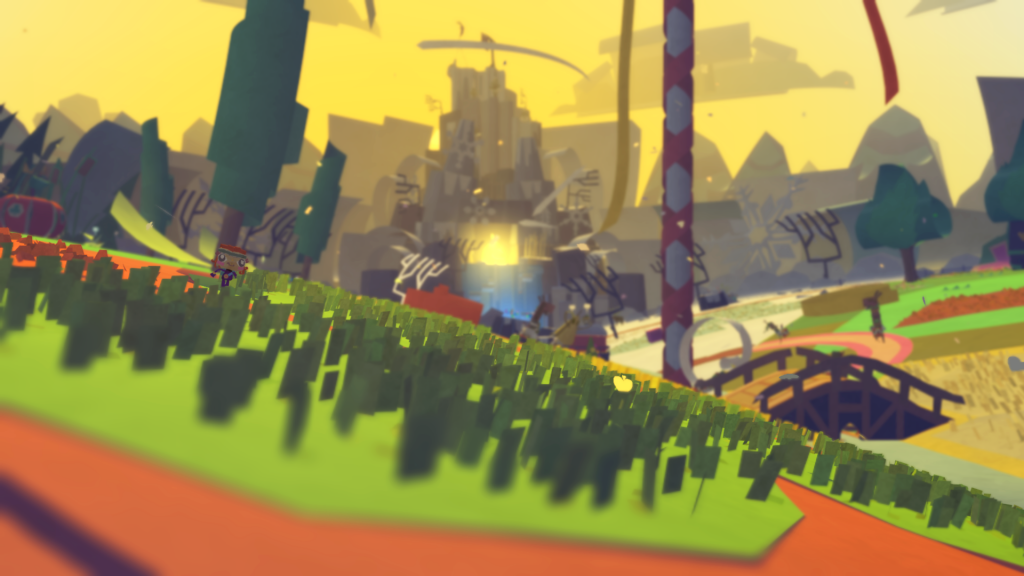 Of course a game has to be fun to play as well as good to look at and from that point of view Media Molecule haven’t let the side down. Mind you, they’ve got a good track record as they’re also responsible for the Little Big Planet games too. The first hour or so leads you through all the controls nicely, gradually introducing them to you so you’re not overwhelmed, whilst not making it too obvious you’re being spoonfed. If you’re anything like me, you’ll find yourself drawn in, and I know your kids will too- my older two, eight and six, loved it, laughing out loud at the creatures and they’re funny little ways, enjoying the squirrel help, and putting their own pictures into the game. It’s something that delights, and have an almost opened ended amount of replay value.

Tearaway Unfolded is out now to buy, shop around and you can pick it up for £35 or less, which represents great value for a properly innovative game.