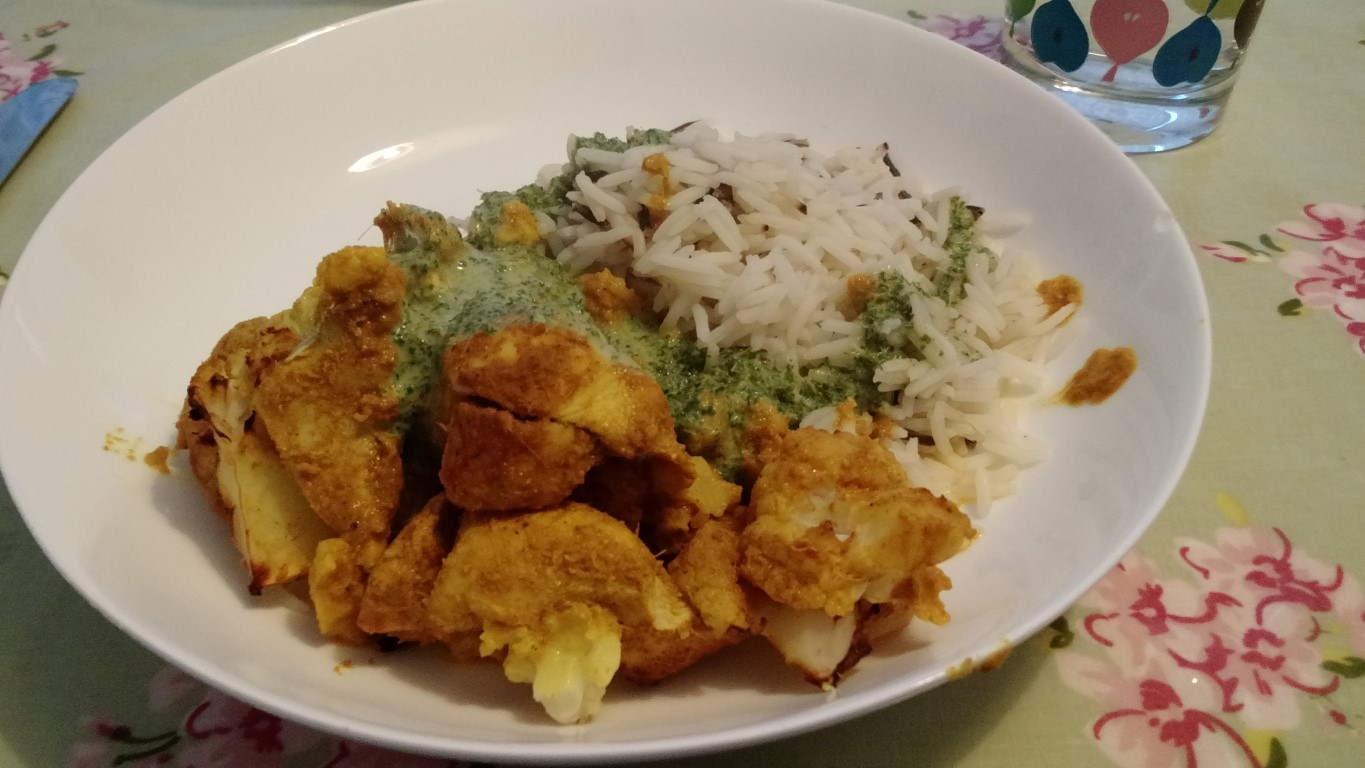 Our kids are great. Generally and in specific areas, specifically in the instance I’m thinking about, their eating. And not just the quantities either, they like trying new stuff. Not the world of chicken nuggets and oven chips for them, so sir, they’ll try anything at least once, maybe twice if we bribe them enough.

This means we’ll occasionally buy a new recipe book, especially if it’s on offer somewhere. Recently we’ve watched the odd episode of Jamie Oliver’s Superfoods. He seems to have been watching a lot of Rick Stein on Dave or somewhere as the format is pure Stein- Jamie tours various parts of the world and gets recipes off the locals and then cooks his version of them. Anyway, some of the scoff looked ace and the book was under a tenner on Amazon so we thought we’d try it. What better opportunity to write a Jamie Oliver recipe review then, rather than just Instagramming dinner?!

The dish shown above is a chicken and cauliflower curry. It looked good on the telly, good on the plate but I have to admit I wasn’t overly impressed with the recipe. The biggest issue I could see from simply reading it was chicken breasts weren’t going to cook in an oven heated to 190 or 220 degrees (one of the two, I can’t remember which, I don’t have the recipe in front of me but rest assured I did exactly as it instructed) in 15 minutes, no matter how many slashes you put in them.

I diced the chicken and it was still a little pink after 25 minutes. I can’t be that I hadn’t preheated the oven either- I put it on first and (despite the recipe stating that it would take 40 minutes) the timer on the cooker was registering 42 minutes by the time I put everything in.

Other than that, the recipe was well written, there was none of the “point 7: take the beans you’ve left soaking overnight” stuff that can plague poorly written cook books but I do worry for Jamie’s tastebuds. The lemon was overpowering, making it again I’d easily half the amount that our Mockney chum suggested putting in, and I’d also cut the spices and maybe dispense with the chilli entirely. It’s a wonder he can ever taste his food as it must be either nuclear hot or entirely comprised of lemon.

I have heard from a few food bloggers that his recipes aren’t brilliant in terms of timings but I can’t comment really. We did his breakfast pancakes, which contained spring onions and sweetcorn, as a main dinner dish and they were awesome. Perhaps we got unlucky with this one but the kids will require some bribing to try it again…