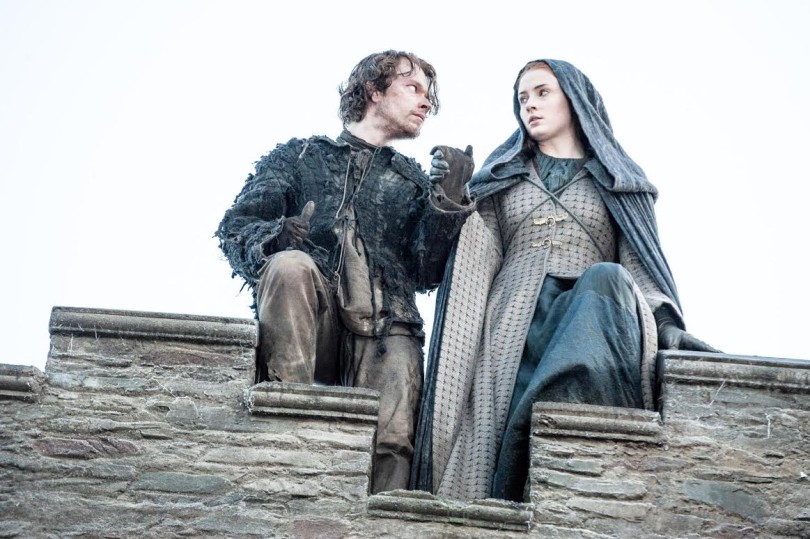 In Game Of Thrones’ ten-episode seasons, episode nine is often known as being the most explosive. In the past five years we’ve had Ned Stark’s shock execution, the visually stunning Battle of Blackwater Bay, the world’s worst wedding, a dramatic showdown at Castle Black and Daenerys fleeing her attackers on the back of a dragon. Yet even after an action-packed episode nine, each Game Of Thrones finale still manages to entertain, shock and amaze us.

In the Season One finale, viewers were still reeling from the shock of Ned Stark’s beheading in the penultimate episode. While the repercussions of his death set up new storylines for the next season, it’s the moment where Daenerys walks into the flames of Khal Drogo’s funeral pyre and emerges with three dragons that leaves us dying to find out what happens next.

Season Two’s finale gave us the chilling scene of Samwell Tarly coming face-to-face with a White Walker and an army of the dead. While so much else is going on in Westeros, there is a bigger threat at play here and we finally get to see just how truly terrifying it is. Meanwhile, Dany enters the creepy House of the Undying to retrieve her stolen dragons and Winterfell is put to the torch.

In Season Three, right as we were coming to terms with one of the most shocking TV scenes in history – the Red Wedding and the death of two main characters – GOT kept things moving at a fast pace with Jon Snow returning to Castle Black and Daenerys being accepted by the freed slaves of Yunkai.

Season Four’s finale, ‘The Children’, leaves us with cliffhanger after cliffhanger as Bran finally meets the three-eyed raven and Arya heads to Braavos. But it’s the shock of Tyrion fleeing the city and killing his former lover Shae and his father Tywin on the way out that really takes this finale to the next level.

In the final episode of Season Five,  ‘Mother’s Mercy’, GOT delivered their best finale yet. With so much going on, the final moments of the episode still contained the ultimate shock: Jon Snow’s apparent death at the hands of his Night’s Watch brothers. Could another pivotal character really be dead?

Meanwhile, Stannis is seemingly killed by Brienne, Myrcella collapses from poisoning and Sansa and Theon flee Winterfell while Arya is blinded. But in an episode with so many twists and turns, it’s the scene of Cersei Lannister being forced to do a naked walk of ‘shame’ through the city as the crowd spit and jeer at her that really steals the show. Lena Headey gives an outstanding performance as the humiliated queen regent. Each finale delivers more suspense, cliffhangers and surprises than the one before it. With the show now entering uncharted territory as we move beyond George R. R. Martin’s books, they can only keep getting better.