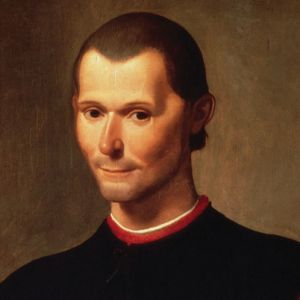 Cunning and duplicity eh Machiavelli? You might have got it down to a tee with state craft but you wouldn’t have had a chance with kids. Not a snowflakes in hell chance in fact.

The eldest has a history of vigorous reluctance when it comes to going to school. Ned, five years his junior, has obviously picked up on this as he’s recently started struggling against going in to nursery. Vigorously. We’ve tried cajoling, threatening and everything on the wide spectrum in between. Today I decided to try something a little bit more Machiavellian. I asked the boy to have a chat with Ned, man to man as it were, because Ned really looks up to him.

Thus, two birds were killed with one stone; Ned was told to go in to school nicely by someone who’s opinion he actually values and we were able to build the boys self esteem too.

You know sometimes I amaze even myself.