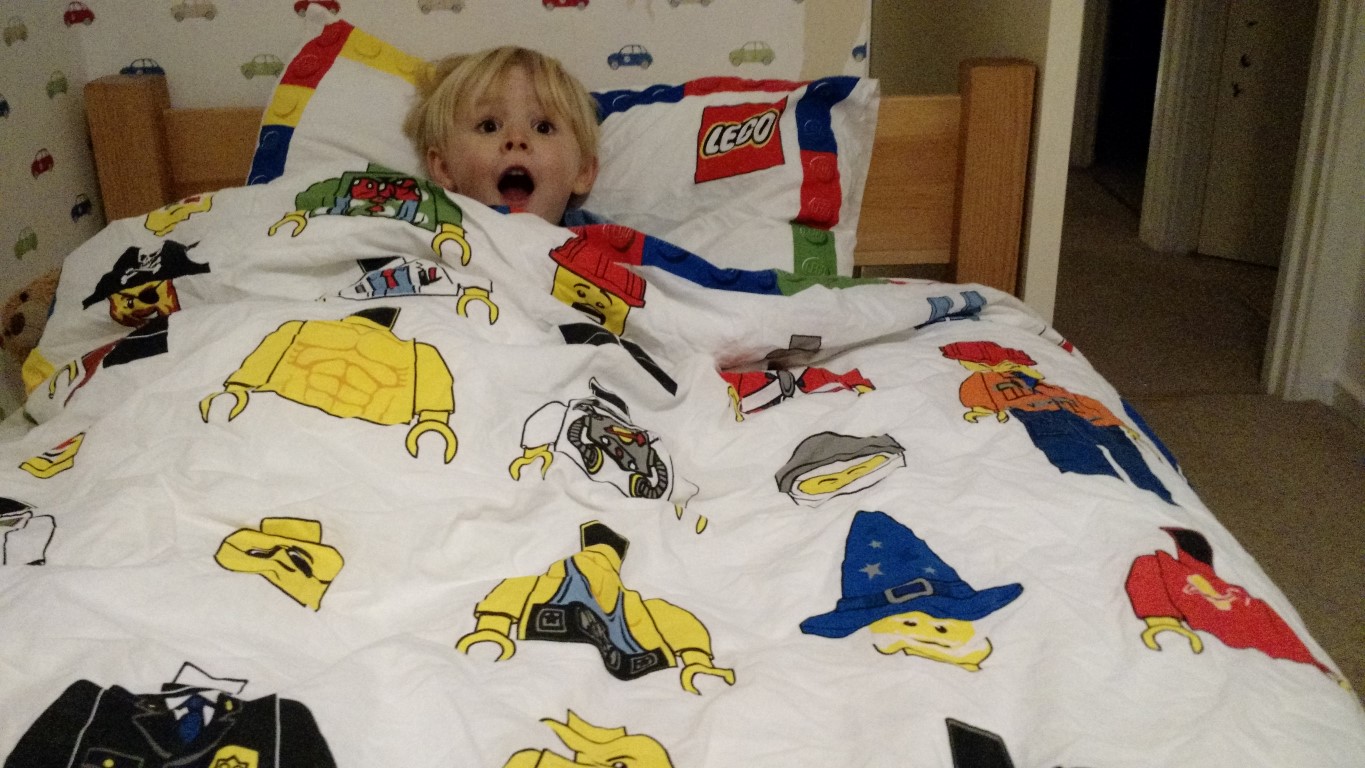 We are a family that are LEGO mad. LEGO sets, LEGO Movies, LEGO video games; the kids can’t seem to get enough. The boy’s favourite t-shirt is even a LEGO Indiana Jones shirt.

Ned is joining this obession now, stepping up from Duplo to actual LEGO as his manual dexterity improves, he’s now full immersed and was consquently OVERJOYED when Character World sent him a LEGO duvet set.

It’s difficult to “review” a duvet set, in as much as it seems to satisfactorily hold a duvet and pillow case, and hasn’t fallen to pieces as yet. If it’s anything as durable as the Peppa Pig set (also Character World) we have, it will last for all eternity (or at the very least 3 children and over 7 years), so it’s a reasonable investment at £28 from John Lewis for the set.

As you can see, Ned loves his LEGO minifgure duvet set and has even refused to have his throw on his bed since we put it on as he doesn’t want to have it covered up.

Character World do a whole range of duvet sets, spanning a lot of branded LEGO sets and popular kids characters generally. You can have a look at their range here.