If there is one thing all our kids like, it’s Marvel Superheroes. I’m with them on that but also one step ahead, as I get to watch the grown up stuff like Jessica Jones too. Still, picking what is age appropriate for kids of varying ages is difficult, so it’s great that Disney (they own Marvel in case you didn’t realise) have their own kid friendly website called Marvel Kids. It has online games, videos, fact pages about your favourite superheroes and also downloadable activity sheets. 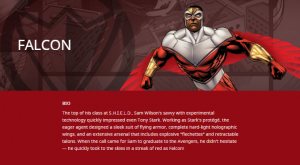 The boy is shifting his obsession (slowly) from Doctor Who over to super heroes, so being able to watch something like Ant-Man at the cinema recently with me, then pop on the Marvel Kids website and read up on the Falcon, is really good for him. If only his homework had the sort of diligent attention that his hobbies get but you can’t have everything I suppose.

There are plenty of online games to play, which is good when the kids can’t get to the TV to play actual video games on the consoles (usually because I’m watching some football or hogging it myself). The boy particularly liked the The Avengers: Bunker Busters game, as it’s a twist on the Angry Birds style of puzzle game. He’s played that rather a lot in the last week and after a quick go myself I can vouch for the addictiveness. 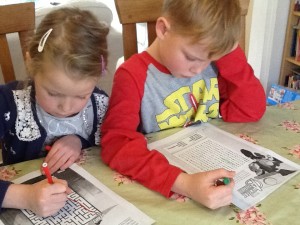 The important thing to remember about the Marvel Kids website is that it’s from Disney- if you search the app stores or internet for superhero sites or games you can’t always be guaranteed their appropriate, licensed or what they say on the tin. At least with the heritage of Disney behind it, you know exactly what you’re getting with the Marvel Kids website and can be sure it’s appropriate for your 4+ kids.