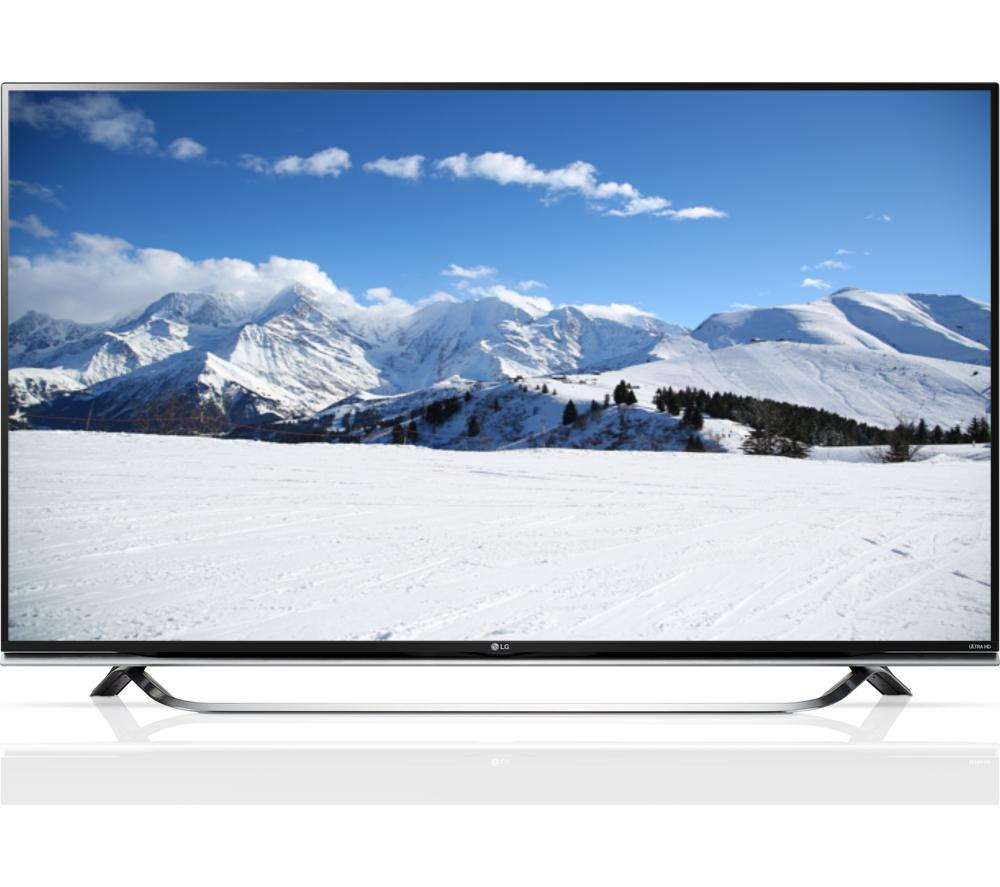 When LG offered me the chance to write about my favourite family Christmas movie AND watch it on one of their 49 inch ultra HD 4K televisions that I could keep (and you can win), it took me all of about 1 second to both say yes and chose my film.

Plugging in the telly to the power and internet (it does wifi but we wanted to try 4K streaming on Netflix. It turned out that a 5Ghz wireless G signal was enough to stream Jessica Jones in ultra HD anyway), and going through the set up was a piece of cake- a far cry from the days of our first flat screen telly about 7 years ago, which stopped just short of me having to draw an inverted pentagram on the living room floor and chant something unpleasant. There’s even a jolly animated bird to take you through the set up process. Which is nice. As an added Brucey bonus, it turns out the TV (exact model lg49uf850v) has a satellite tuner which the specs on the website don’t mention.

WebOS, because TV’s have operating systems now, is very sophisticated, and comes with quite a lot of streaming/catch up apps you can install. One of these is Now TV, and it was through the catalogue of Now TV apps that I went rummaging courtesy of a three month subscription voucher, looking for what I consider the best family Christmas movie.

Christmas movie fans tend to be split into two categories, those who like sentimental films or the classics (there is a big overlap) and those who like irreverent modern stuff. Whilst I like It’s a Wonderful Life a lot, and think Sir Dicky Attenborough makes a great Santa, I’m also not entirely in the “Elf” camp. It’s a great film but very tiring on repeat viewing.

No, my favourite family Christmas film is actually the second best film of 1984, after the peerless Ghostbusters. Unlike Ghostbusters it doesn’t have any household names in it, but it does manage a cameo from Judge Reinhold and Phoebe Cates is the love interest, and Corey Feldman is lurking about with a bad haircut. The Chinese Grandad also did the voice for Zoltar in Battle of the Planets too! It was a 15 certificate film on release but it’s latest DVD release saw it drop to a 12A, which is kid friendly if you’ve watched it first to make sure in my eyes It also has that mainstay of many 1980’s movies, a mysterious old Oriental gentleman (you know, like Big Trouble in Little China, or the Karate Kid). 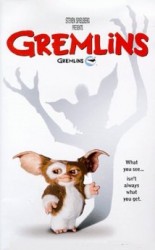 The chances are if you’re old enough to have seen Gremlins first time around, you haven’t seen it in years and if you’re too young, you might never have. Fortunately BOTH Gremlins films are sitting there on the ever so easy to navigate Now TV app on the LG UHD (ultra high definition) telly.  Gremlins is a stealth Christmas movie, much like Die Hard is but to a greater degree than Bruce Willis’ break through film. It ticks all the boxes: set at Christmas, a tale of  a family pulling together, snow, bot meets girl and oh, carnage, death, fire and explosions.

What we decided to do on Sunday after we’d been out in the pouring rain to an open air museum Christmas spectacular- and it was spectacular, I had to get out and help push the car out of the car park after it got bogged down- was to have baths and an early dinner and then settle down to watch Gremlins!

If you can’t remember the story, Billy’s dad brings home Gizmo from a trip as a Christmas present. Meanwhile Billy is chatting up Kate (Phoebe Cates), who has the ultimate Christmas sob story but things go wrong with Gizmo after he gets wet and then is fed after midnight because you see, there are some things you shouldn’t do with Gizmo.

Perhaps the most memorable quote in the film comes in the opening sequence, when Billy’s Dad is in the junk shop. The little Chinese lad nips outside with Gizmo in a box, selling him behind his grandfathers back, with those immortal words:

It’s one of those iconic moments in modern cinema isn’t it? And we all know what can go wrong…

If you want to win this awesome telly, LG are running a really easy to enter competition here. All you have to do is tweet them your favourite Christmas movie quote with a special hashtag. So, for example, to enter I would tweet, “the rule you can never forget, no matter how much he cries, no matter how much he begs, never feed him after midnight-kid #LGCapturingXmas“

Someone has to win, and it could be you- so what are you waiting for?!