If 20 minutes of awesome footage of the boy and me unboxing Anki Overdrive and playing our first race isn’t exciting enough, you also have the will he/won’t he drama of whether you get to see too much “workman’s cleavage exposed by yours truly in the process. It’s edge of your seat stuff:

Of course it might be that you don’t watch videos and instead love me and my blog for all the wordy verbosity that I bombastically pontificate on with in pretty much every post I do. If so, you’re in luck as there are words too to accompany what is a video master piece. (Let me tell you, it’s shot on three different cameras at 1080P24 for a properly cinematic experience, there’s editing and close ups and everything. It’s a modern day masterpiece.)

What is Anki Overdrive? It’s a question I asked the boy and I got a very long reply but I wasn’t any the wiser, either on what he thought it was or what it actually is. He’s good like that. I think the best way to describe Anki Overdrive is probably something like Scalextric for the 21st century. Please note such a description is in no way endorsed by, or even thought aloud by the chaps at Anki Overdrive, it’s my own description. Think of it like this: if you took the slots out of the Scalextric track, made the cars app controlled, and adhere to the track because they’re magnetic, that in essence is Anki Overdrive. 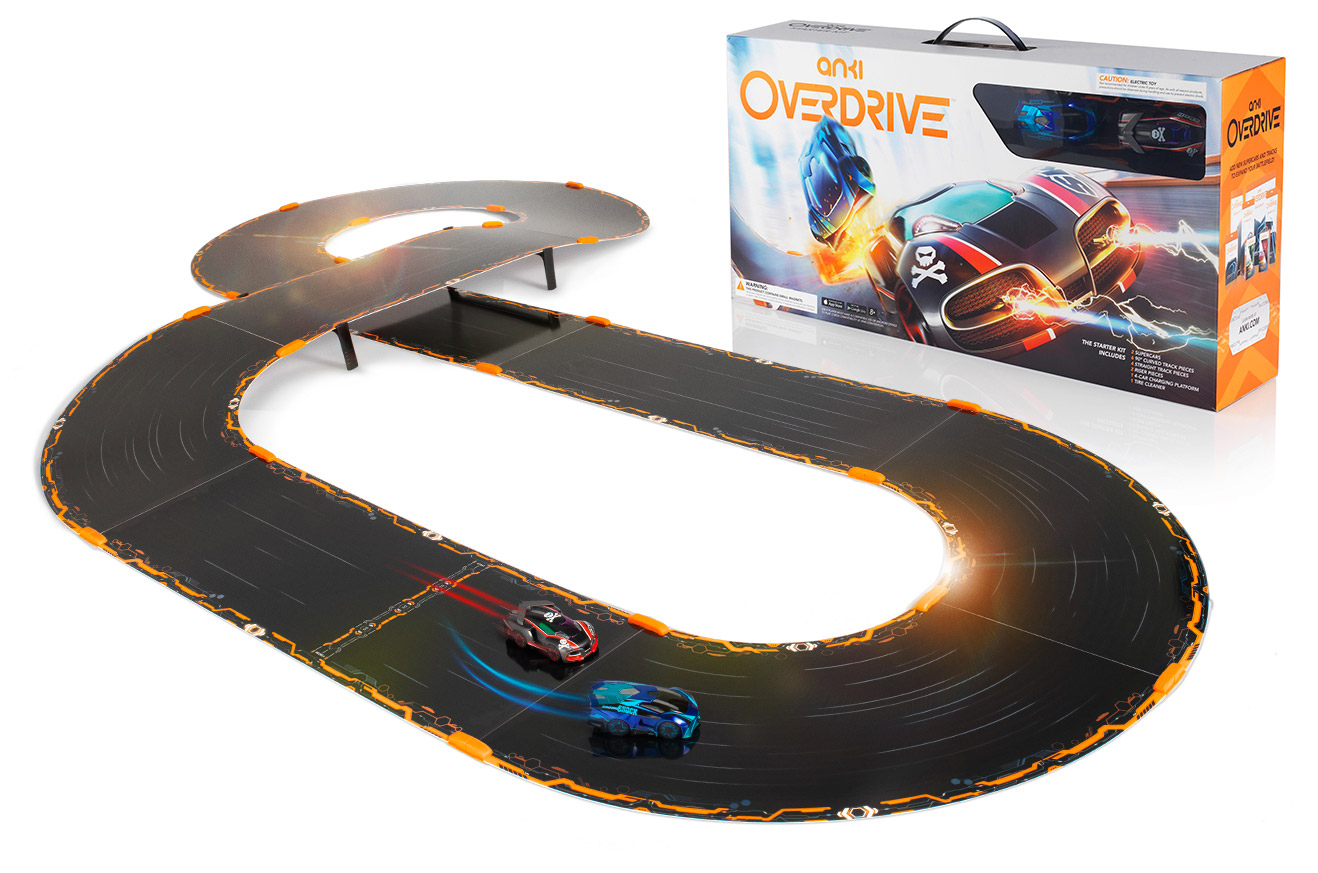 When I was growing up and we inhereted my cousins Scalextric set, rubbing down the connectors with emery paper and changing the brushes often took as long as the actual racing. The racing itself was also often brought short by the smell of hot metal from either the controllers or the motors in the cars. This changed as the technology improved and I went from hurtling around in D Type Jags to Peugeot rally cars but if you were canny, and I was canny, you could always devise a track that gave one lane the advantage. With Anki Overdrive there are 4 invisible lanes that you can change at the flick of a wrist, there are virtual weapons you can fire to disrupt your opponents (but you have to manage your energy levels or you’ll run out and stop), and there is a virtual accelerator you can floor to whizz round the track even quicker.

Since the technology is almost entirely in the car itself- the car reads the track and creates a map of it before every race- extra track packs aren’t too expensive, ranging for £20-£30. The cars are more though, £50 a pop for extra cars over and above the two that come in the starter pack. The cars are blooming clever though. They’re charged on a special charging pad that will take 4 cars at once & charge them in under 10 minutes, they have wifi and bluetooth for connectivity, an infra-red camera to scan the track, and are the real brains of the operation. The app talks you through setting everything up, whether it’s a competition or open play (Anki Overdrive works as well in single player as multiplayer), it’s not difficult to get into. On one or two occasions we had to go back to the menu in order to recognise an additional local player but it wasn’t exactly difficult. 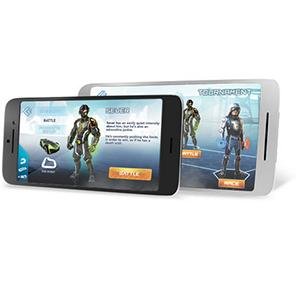 In a sense Anki Overdrive lets you feel more in control than you are- you can simply just whack the speed up to full, sit back and hope everyone else overcomplicates things, letting you nip through and win- look Mum, no hands! Doing so though won’t win you much and it will miss out on so much of the fun. There’s nothing better than sneaking up behind someone, firing a disruptor at them, then switching lanes with a tilt of your smartphone/tablet and zooming past them. Eat my dust! You can power up vehicles in game by playing with them and winning races, and each car starts out with four different attributes (speed, defence, firepower and special).

The starter kit (with enough track to build 8 different circuits) Anki sent me has an RRP of £149.99, but if you shop around, even right now a couple of weeks before Christmas, you can find it for £119.99, which represents a good saving. As mentioned the cars cost £49.99 should you want extras to the two that come with the starter pack, and additional track bits are between £20-£30. It can mount up but at the same time, equivalent slot car racing sets aren’t cheap either. In terms of fun though, I think you may be pretty blown away. It has all the fun of something like Mario Kart but with physical little cars you can actually see. How cool is that? Exceptionally cool, and if you’re not careful Anki Overdrive will turn in to a real time sink- once you start it is nearly impossible to put down because it has that real “just one more go” feel to it. It’s completely possible to play against your kids and have a great, close race, without you having to pretend to slow down to keep it interesting. As you level your car up, you’ll find yourself wanting to play against better AI controlled racers when there’s nobody around to play against, because the challenge in itself is fun. Anki have nailed the playability near perfectly here, Anki Overdrive is one of those rare commodities- an idea that has been near perfectly realised.