When Ultimate Driving at Goodwood

offered me a free go on the skidpan at Goodwood in an M powered BMW (worth £99), I jumped at the opportunity. I’ve never actually done a packaged track day befiore but have been lucky enough to have special blogger/press track experiences before, so it was interesting to see how the experience was packaged for mass consumption.

Goodwood is packed with history, and if I hadn’t been in a rush to get back for a panto, I could have easily spent the day there without a problem.

Ultimate Driving is based inside the actual race circuit, so you get to drive through the tunnel while cars whizz around the track at breakneck speed, hang a left by the helicopter experience site, past the museum and you’re there. 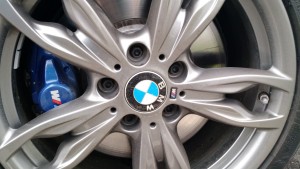 Ultimate Driving had a couple of M series BMW’s awaiting attendees, a 1 series and a 2 series. These are serious bits of kit, a million miles away from the Zafira or Focus I normally drive (but maybe not quite up there with the Ferrari 458 I’ve been lucky enough to drive!), so that, in conjunction with the special non grip paint that the skid pan was painted in, meant I was in for some serious fun!

The thing that’s put me off this sort of experience in the past is the thought that you probably only get a small fraction of the allotted time actually doing fun stuff but I’m delighted to say this wasn’t the case at all. On the dot of 2pm I was in the car, being shown the ropes, and I spent the rest of the hour almost but no quite managing some proper powerslides. The slippery surface, coupled with the water sprayed on to it, emulated the grip that a car would have cornering in the wet at about 40mph at half the speed and it was properly exhilarating. I was soon getting the back end out and rescuing the slide before I span and by the end of it I even managed a proper Clarkson style power slide, shouting “Power! Power! Power!” at the top of my voice. 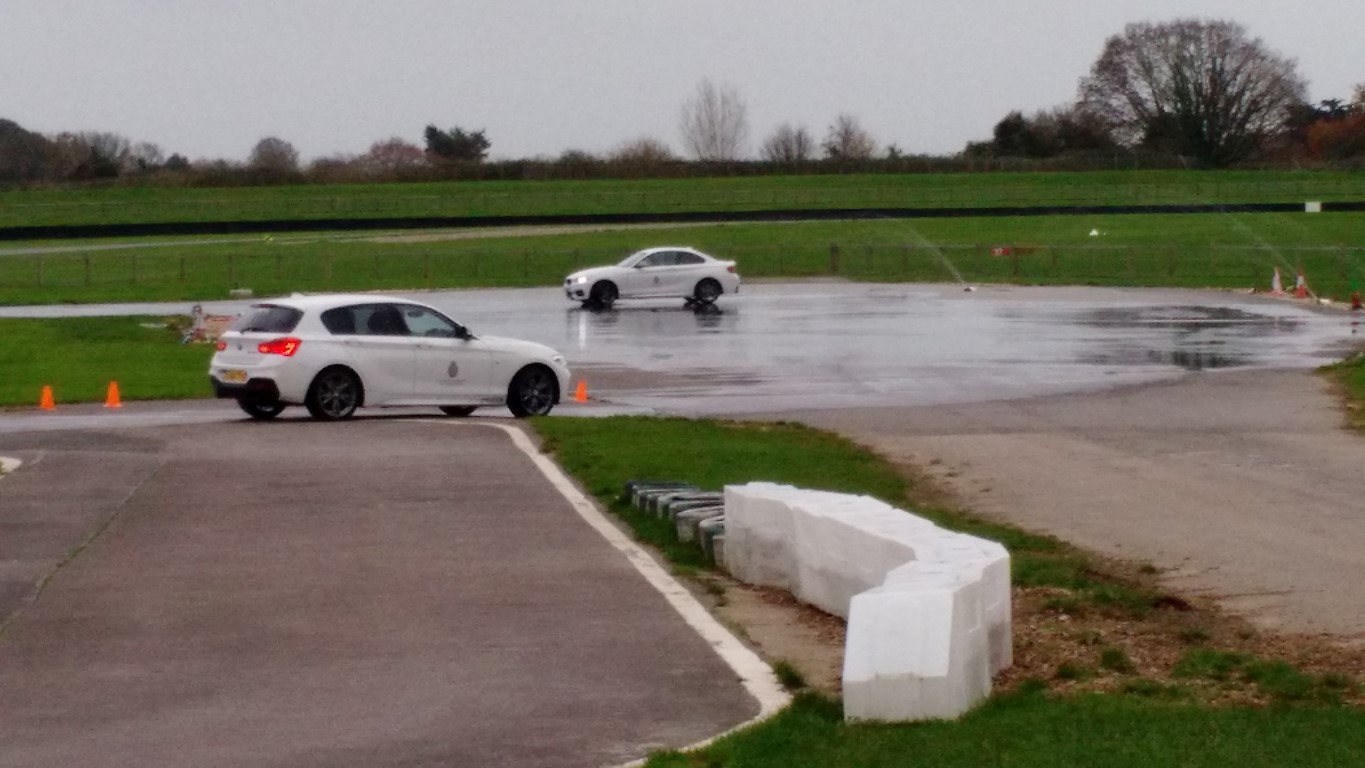 The instructor was dead helpful and friendly, and I can genuinely say I haven’t had as much fun in ages. It would have been £99 well spent had I paid for it, and going forwards it’s the sort of thing I would probably dip in to my own pocket for again.

The BMW I was driving, the BMW 1 Series M Performance, was a crafty little fella. Badged as a M135i, it’s the size of the bright blue brake callipers that’s the real giveaway- so many cars nowadays have the flashy body kits but are all mouth and no trousers but when you can see brakes like that, you know you’re in for a treat. It had a 0-60 that was one tenth over 5 seconds, which basically means the only thing I’ve ever driven that was faster to 60 was the Ferrari 458 (being a passenger in a drag racer doesn’t really count), and of course being a BMW, that’s rear wheel drive, which makes it more of a drivers car than nearly every other hot hatch.