The boy has been into LEGO for a few years now, which is great given we’re on the LEGO Ambassador scheme. He’ll happily spend hours building and photographing LEGO he’s been sent for review, and later on this week you’ll be reading his thoughts on the new NEXO Knights LEGO series.

When it came to Christmas we were a little bit surprised that the majority of stuff he wanted for Christmas was actually LEGO but I suppose it makes sense because this was his chance to choose the sets he wanted, rather than being a grateful recipient of review sets. 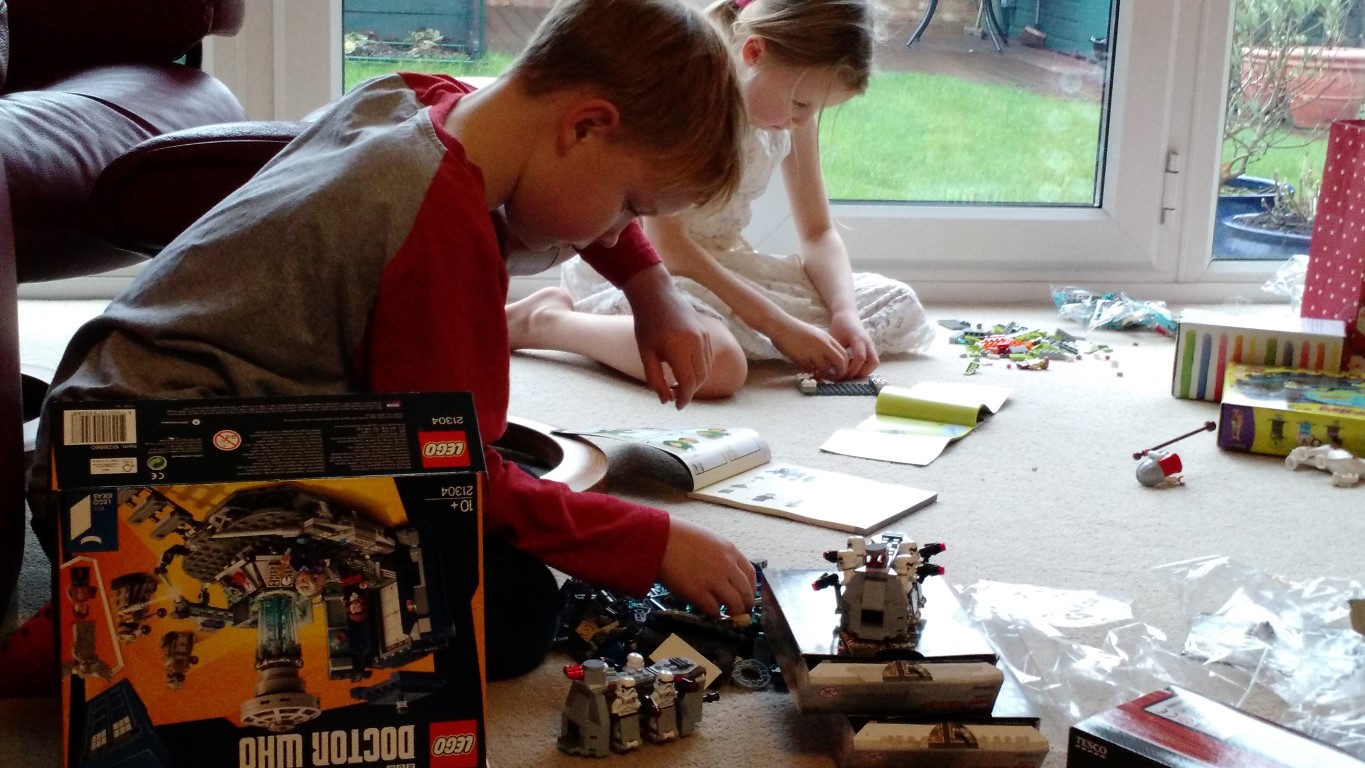 We spent a good chunk of Christmas Day round my parents house. The boy had the Doctor Who LEGO set as his present from his grandparents, combining his two favourite things in the world, LEGO and Doctor Who. Fifi even got in on the act with the Mystery Machine.

Boxing Day saw LEGO Movies Benny’s Spaceship being built (bought in last years January sales for £55!), which is probably the biggest and most complicated set that the boy has built on his own- it took him a fairly large part of the day to build it properly- but he got there in the end, with absolutely NO help whatsoever!

The following day saw a trip to the sales, and the purchase of the last ever Mos Eisley Space Port set to grace the shelves of John Lewis in Welwyn Garden City (the set has been discontinued) with the boys Christmas money. That’s another great set, we love the way that the space sport opens/closes up and to be able to replay the Han/Greedo shooting scene is a fans dream come true (HAN SHOOTS FIRST). 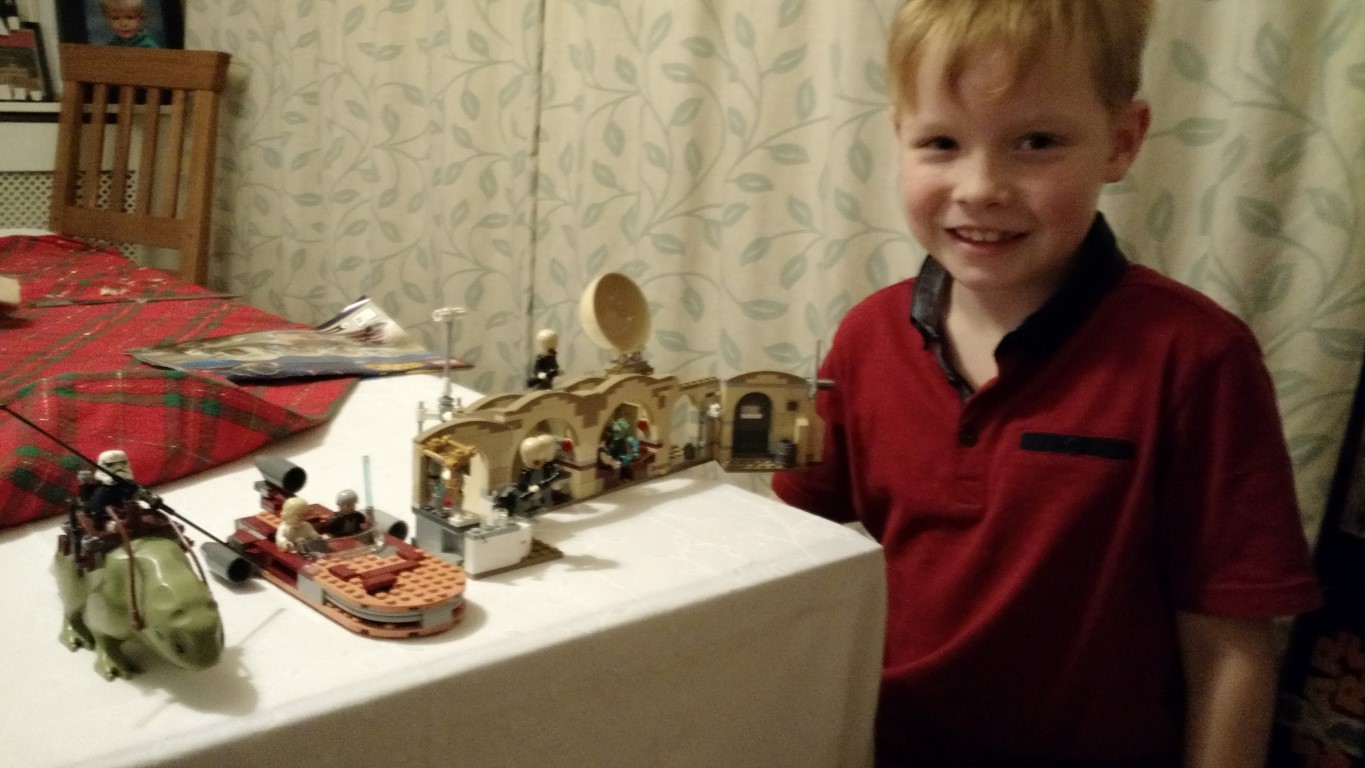 We’ve already had instructions that he wants all his relatives to club together for his birthday and get him the Millennium Falcon. A wise decision because at £129.99, there’s not much chance of him getting it any other way! It weighs over two kilos and should keep him out of mischief for some considerable time. I’ve actually had to order it from the US as the blinking thing is entirely out of stock in this country- the things we do for our kids eh?

The only trouble is, April is a long way off…