In part 1 of my off the wall look at unofficial uses for LEGO, I looked at LEGO Therapy, LEGO Fractions and a cunning subversion of Duplo for spelling. Part 2 is all about getting creative though!

I’ve reviewed stop motion video packages on the blog in the past:

But haven’t really emphasised how much damn fun it is. And LEGO is the absolute logical thing to use, so much so it’s even generally referred to as Brickmotion! Back when I first looked at doing stop motion video, it was either really complicated via freeware, or really expensive with semi professional software. Packages like Hue HD Animation Studio in particular only costs £49.99 at Amazon with a camera, all the software and an actual printed book on animation (printed! Not a PDF on a disk! A miracle!) 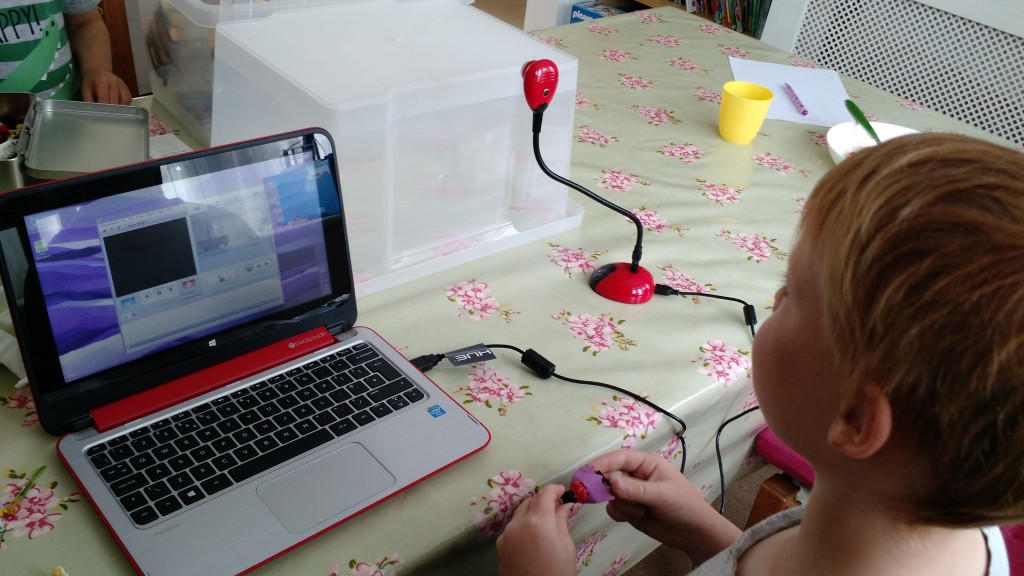 The software runs well enough on a low specc’d laptop- you don’t need a lot of horsepower to do stop motion, it’s not as if you’re editing 1080p video in real time. Our Celeron based HP lappy handled it with aplomb.

This is literally the first go that the Boy had with the software:

The beauty with stop motion is special effects all come down to photo editing skills as each frame is an individual photo you’ve taken. Yes, I know this is technically what video is anyway but when you drop it down to 8-10 frames per second against 24, it becomes a lot more manageable to do your own special effects. Want to make a spaceship fly? Take a picture of the background without your ship in shot, then take another with you holding the ship. It’s laborious but if you set 2 layers, the static shot of the background on the bottom and your ship on the top, you can use the eraser function to rub our hand and arm out of shot, revealing the background your arm was obscuring underneath. Do that 10 times and you have a second of footage of your LEGO spaceship flying by itself!!! With more use of layers, you can even do lightsaber effects too. And if you’re concerned about the additional cost of an image editing package, the unfortunately named GIMP does the job well for free.

This is the kind of stuff you see shared endlessly on Facebook and Pintrest, you know the sort of thing that makes you think, “wow, I’ll do that” and you never actually get round to. In the interests of research for this post, I’ve tried about a dozen of them and the three best are definitely the key store, picture frame and the cable tidy.

The hand of a LEGO minifigure will hold most USB style charge cables, it does my wife’s iPad cable and my Shield Tablet cable. I’ve simply Blu-tac’ed the figure to the table but you could easily make it a bit more permanent: 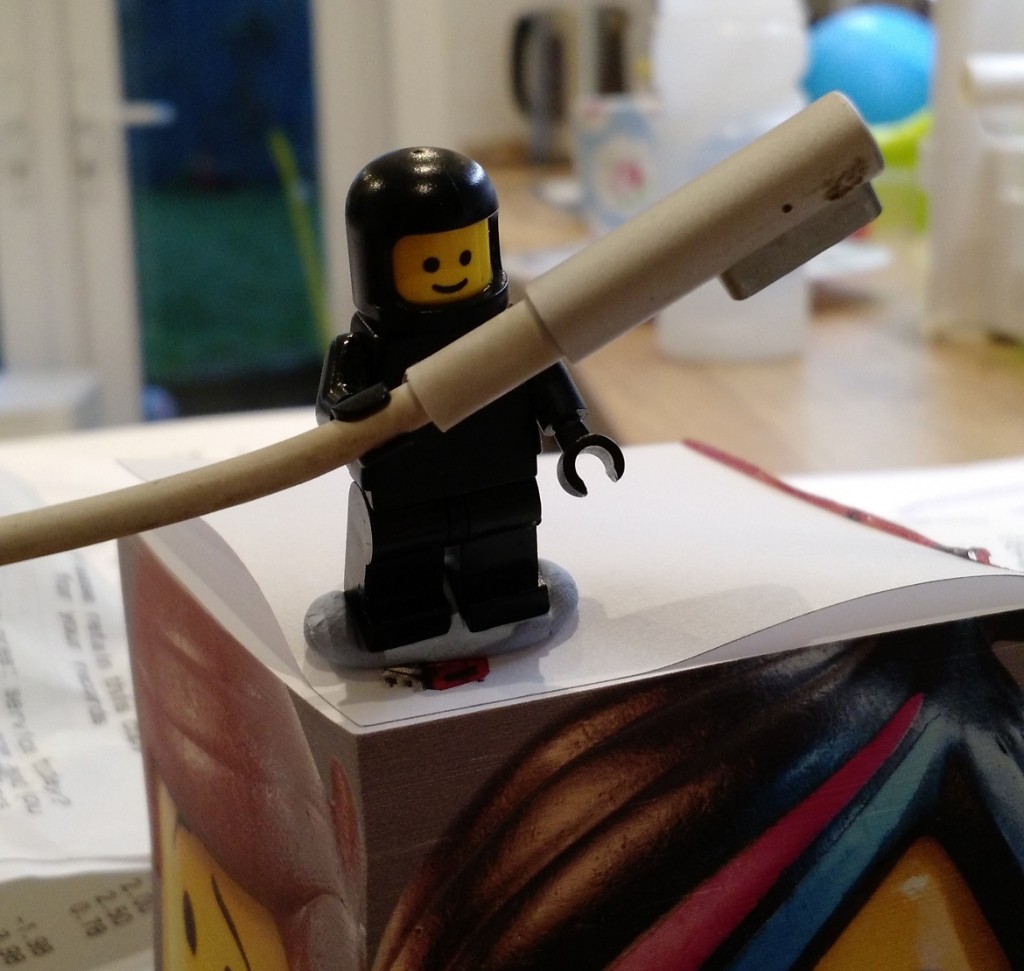 The second one is the LEGO keyholder. It’s a bit more involved but is the work of genius. I love the simplicity of attaching your keys to the board. And you can of course change the design/decoration of the board at any point. A squidge of No More Nails will affix it firmly to a wall if you don’t want to screw it in: 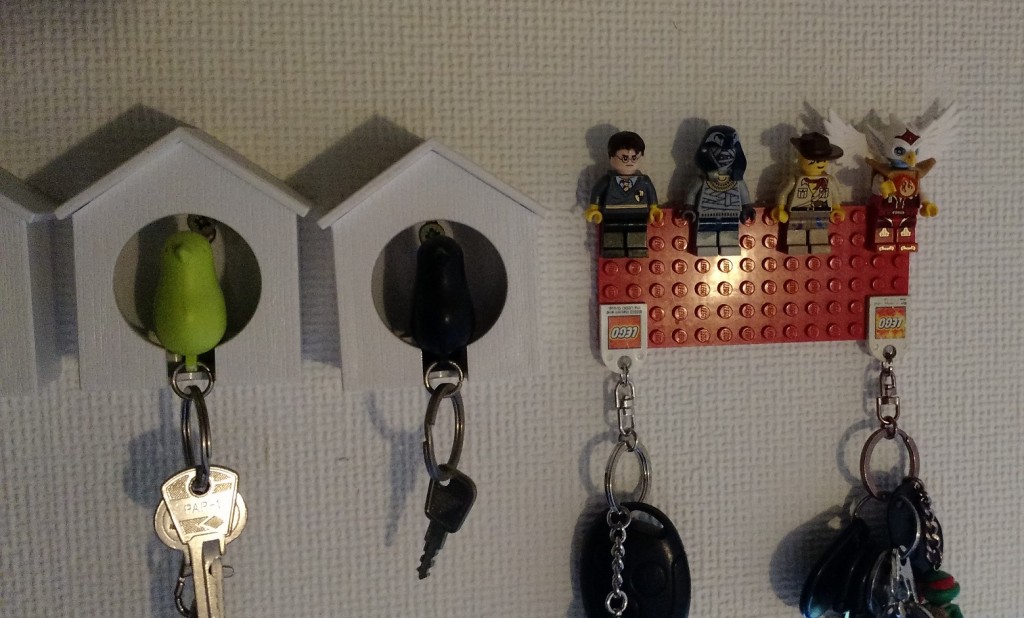 Finally, LEGO photo frames (something I made a while ago from one of the two rather excellent DK LEGO Ideas books), look, at the risk of sound trite, super cute and are surprisingly quick to make. They funk up any picture you care to pop in them: 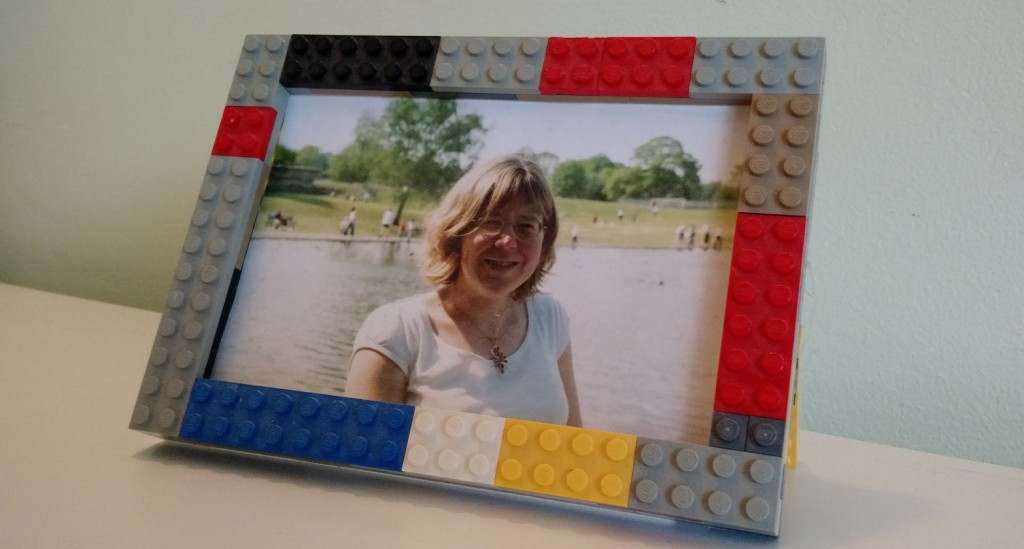 So there you go; two posts and lots of ideas for great things you can do with LEGO outside of building cool stuff and playing with it. There are so many other ideas out there of course; I’ve seen people make Raspberry Pi cases out of LEGO, storage boxes, full sized computer cases, necklaces and so on. I’ve tried to keep it to the practical and fun, without involving superglue!

Of course for me, the beauty of LEGO is also going to be in the building, and that’s something I’ll not stop doing regardless!