So we’re still looking to move but don’t officially have our house on the market. Round here that seems to be a smart move as prices are ever on the rise- when we first considered selling, two house sold for the same amount, 4 months later a third sold for £50K more. The houses were the two directly either side of us and one of their neighbours. What’s the point of putting our house on the market if there isn’t anywhere we like available; we’d be doing ourselves out of money. This hasn’t stopped one of the estate agents who valued our house phoning up and proudly proclaiming he had “sold our house”. Wasn’t impressed… 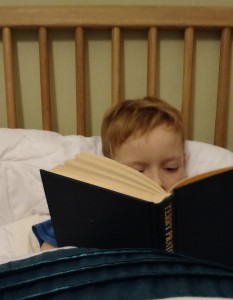 We’re beginning to think that staying (for the moment) might make as much sense as moving, if we can sort of seize the initiative and make our house more like the home we want to, much like this article on Forbes suggests. At the top end of the ambition scale, there’s twenty odd grand to find for an extension to the back but at the other end simple stuff like redecorating our bedroom is probably a hard weekends work for the cost of a couple of tins of paint. We started off last month by having all the barge boards painted. Even taking most of of our stuff down to the charity shop has helped enormously.

Some times though, staying isn’t an option, if you have to move for work, family reasons or something else. When we moved to our current house I was sort of really anti ever moving again as it was so unbelievably stressful before we even had kids that the idea of trying to organise a chain of buyers and sellers is rather daunting. If you do need to use a sell house fast service, there are organisations out there that can facilitate it of course. You do end up getting a discounted asked price but when you bear in mind that on average more than one in three sales fall through, it’s an assessment on how much your sale means to you in terms of the value of it in the overall plan- if you’ve spent thousands on surveys, fees and so on (possibly more than once) only to have your sale or purchase fall through, that cost starts to add up too. In circumstances like that, a guaranteed quick sale would probably we worth considering, even given the inherent cost, as you might come out of it better off anyway.