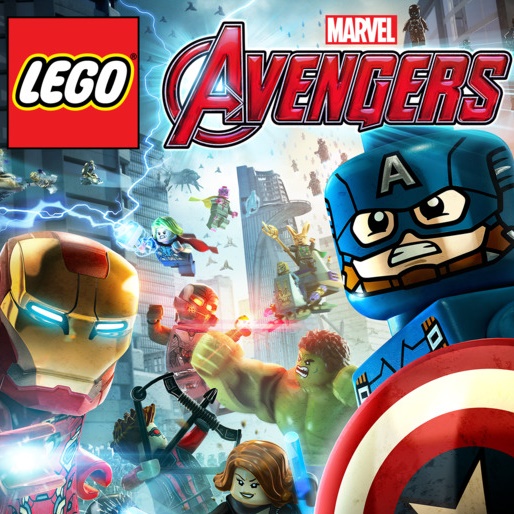 I’ve been fortunate enough to be invited to events for the launch of LEGO Batman 3: Beyond Gotham and LEGO Dimension in the recent past, and I’ve loved both games, as my reviews have shown. But for me, the best LEGO game I’ve played has been LEGO Marvel Superheroes for a number of reasons. Firstly, it’s properly cinematic in it’s level design- there’s a proper feeling you’re in an interactive LEGO movie in a good way. Secondly, the roster of characters was and is a Marvel fans dream come true. You can now pick up Marvel Superheroes for under 20 quid on most formats, and if you haven’t, I strongly urge you to, it’s brilliant and hasn’t aged at all since release.

So no pressure on the sequel right?

I stuck my hand in my pocket to buy the original Marvel game and I’ve done the same for the sequel because I have faith in TT Games and couldn’t wait to see if any review copy was available. (I’ve been playing the PC version on Steam, but for the kids to play it properly I’ll probably pick it up on Xbox One or PS4). This review is based on completing the main story, which has taken between 8 and 9 hours. We’ve barely scratched the surface of unlockables though and I envisage many more hours to come.

Focusing as it does on the Avengers is both a pro and a con for LEGO Marvel’s Avengers- it gives a more focussed story, being based on the two movies, but it also in doing so removes the off the wall stuff from the earlier game. I liked a world where I could be Captain America in one mission and then Spider-Man in the next. 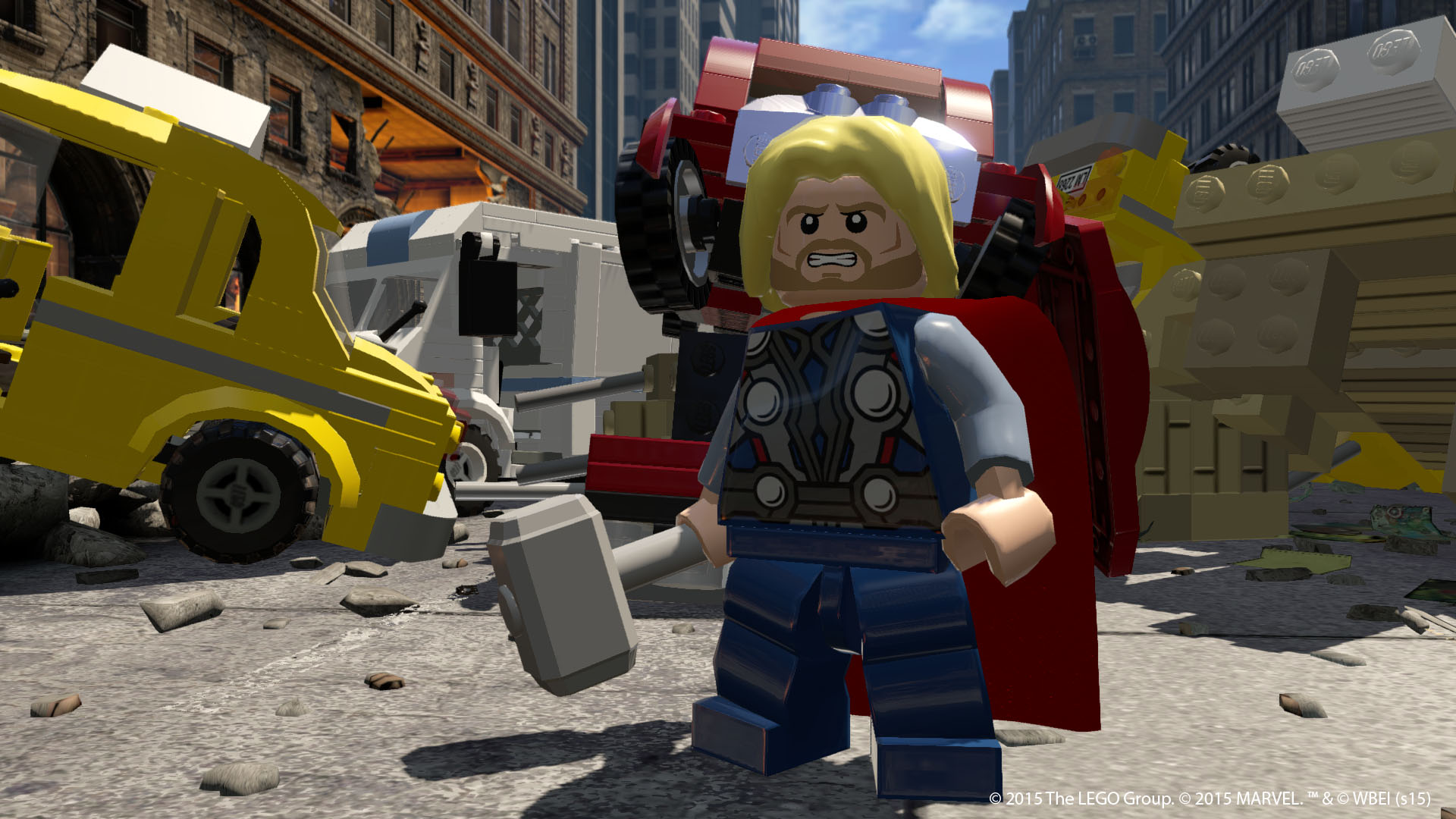 On the other hand, I absolutely love the way that they’ve structured Avengers- it runs through the Age of Ultron film time line, with the original film, bits from Captain America, and the Iron Man films (and later on other back story missions), interspersed as flashbacks to give some background and flesh out the game. For instance, at one point we’re taken to the gym where Steve Rogers (Captain America) is training. Nick Fury starts talking to him and suddenly we have to fight a long flashback mission in World War II as Captain America and Bucky against the Red Skull. It’s really well thought out- it adds to the feeling that the universe that it all exists in is populated and real.

In some ways it reminds me of reading some of the A Song of Ice and Fire (Game of Thrones to you TV fans) books- each chapter of those books is written from a different characters stand point, and by the time you get to the end of a chapter and start the next one, you’re missing the character you’ve just left behind because you really got involved in what they were doing. It’s a bit like that here, finish a section of a level with Hulk and he’s replaced by Hawkeye or Captain America. You’ll initially resent it but when Thor replaces one of those guys, you’ll miss them in turn. It works well.

The dynamic hasn’t changed massively from the last game, there are different types of characters who have abilities which let them solve particular puzzles- Hulk can pull heavy things, a flyer like Thor or Iron Man can fly over an obstacle to pull a lever, some characters can interact with computers (Black Widow for example) and some like Captain America can reflect energy beams back in to the guns that are shooting them. Often you’ll come across something you need a character you don’t currently have access to, which hints at the huge amount of stuff that’s unlockable in free play mode.

Given that the kids still tootle around in LEGO Marvel Superheroes to this day, almost two years after we bought the game and well over a year since they completed it, I don’t doubt that this will have an equal amount of staying power, despite only having a few hours under my belt at the moment. I can have faith in this statement based on two things; the play I have done and the things I’ve read. One of the best things about the first game was the city that you could explore in free mode (once you’d completed the level set in it). Avengers has several cities you can explore and also has some nice little updates like street crime happening that you can stop (and get rewarded for). It’s nice to see TT Games taking what they know has worked well before and improving on it, rather than changing something for the sake of it.

After a few hours playing, the lad (8), has already dug out his Hulk Buster LEGO set, along with the Attack on Avenger Towers, and the play has switched across to actual LEGO when he’s been physically removed from the computer.

Is there anything I’d quibble on? Some of the attacks (I’m thinking of Captain America on the moving train here) can see you fall off the edge to your death if you don’t pull them off right in the middle of whatever you’re standing on and on a couple of occasions I respawned to close to fire and couldn’t move before I died again, necessitating switching to the other character to continue (and letting the CPU controlled character make his own way out of the problem) but that aside, I’ve got no complaints. I can see the kids playing this for absolutely ages. The only issue I’ve got is the new Tomb Raider is out on PC this Friday and I might not get a look in.

Paid for and reviewed off my own back. Not endorsed in any way shape manner or form.