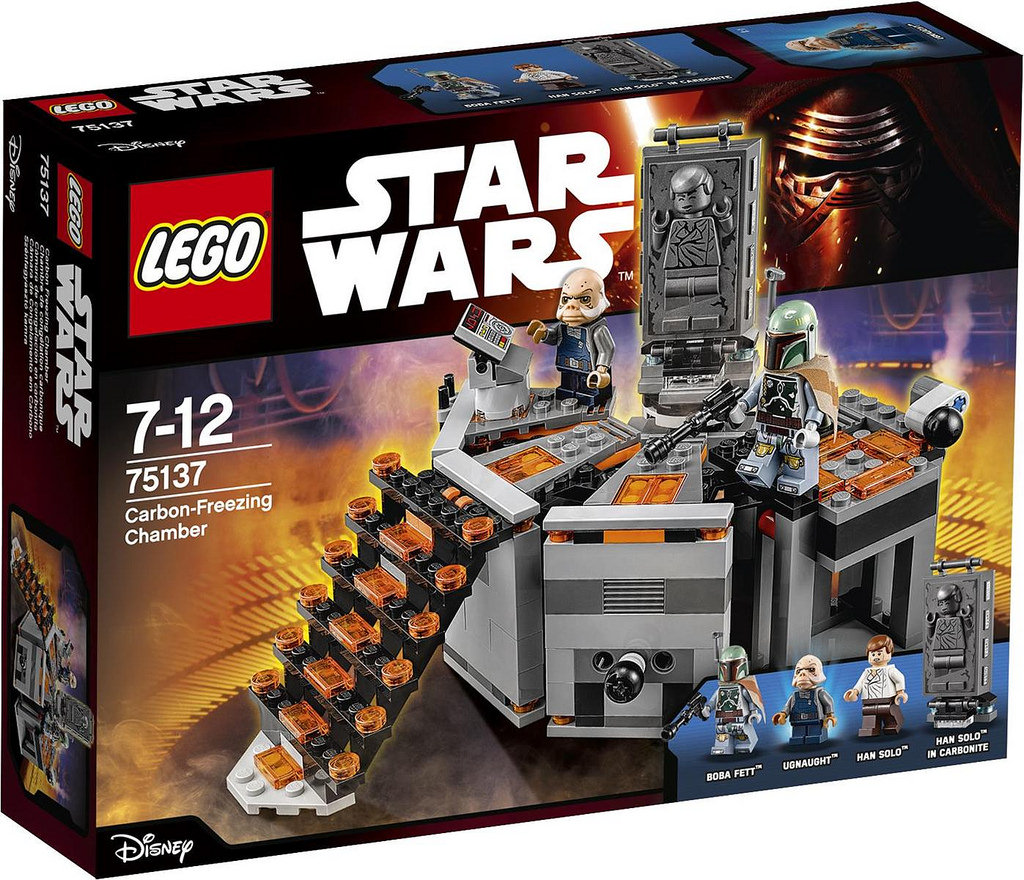 Our route to buying the Carbon Freezing Chamber was a slightly odd one but ultimately lead to the boy almost having a melt down in the LEGO store in Watford and leaving with a huge list of chores to do and the LEGO set he’s apparently been after for more time than is feasibly possible for him to have wanted it.

It started before Christmas when we dropped in to Brick Traders, a local pop up shop that that sells second hand LEGO and minifigures. The boy wanted to get the Flash but ended up coming out with Captain America and Indiana Jones. At one point he had been interested in Boba Fett but the lad running the event said that he was going to be a new affordable set in the new year, featuring the infamous scene where Han gets frozen in Carbonite for shipping to Jabba the Hutt. It made sense to wait but somehow “we’ll get that at some point” turned into “we will get that the first time we see it out in the wild”. What do I know, I was at work…

The scene in question from Empire Strikes Back contains one of the best ad libs in cinema history. As Han is lowered into the carbonite, Princess Leia says “I love you” and Harrison Ford replied with the wonderfully ad libbed “I know”. Cinema at it’s best. I have to say right up front, my attempts to do a stop motion recreation of this scene were scuppered as the set doesn’t actually contain Leia, rather it has Han, Boba Fett and the alien bloke operating the freezing chamber.

Thwarted in my attempts to do some stop motion with the boys new set, I dug out the Mos Eisley Space Port he bought with his Christmas money instead and came up with this: 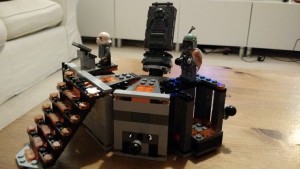 Anyway, I digress, because I am after all writing about the Freezing Chamber. The boy had a stupid grin plastered all over his chops when I got home from work and he’d built the set. He absolutely loves it because it has Boba Fett and Han Solo in it but also because of the mechanism which operates to put Han into the carbonite. This geared mechanism impressed the boy no end.

The build time isn’t too long but it is quite intricate- for us the real selling point was getting Boba Fett. At £19.99, we were happy with this set.