We are not a hotbed of profanity in our house. Outside of it I like a creative swear, I blame my work colleague Gary and a certain Kip Hakes for fuelling my love of creative swearing but I’m careful to completely moderate my language in front of the kids.

Such is my restraint that we sometimes get the odd conversation like the one that followed an “Oh shit!” from wifey a couple of years back when she dropped a ceramic dish on the kitchen floor and it broke:

It’s difficult keeping a straight face during such exchanges but I managed it and told them both off for swearing. I’m good at the do as I say not as I do thing. 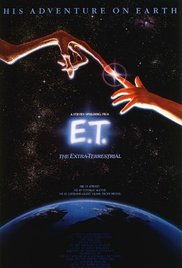 As they get older, it’s harder to keep the swears away from the kids. The boy has been watching PG films for a while, and it’s surprising how many “shits” there are in all the 80’s classics. The Goonies? Riddled with shit. Raiders of the Lost Ark has a shit, while ET (yes, ET!!) has two shits during the movie. And I’m not talking about on the toilet.

The boy though, with his black and white view of right and wrong, has taken the no swearing edict to heart and doesn’t utter a profanity in front of us (I’m assuming he’s not been caught doing it at school either, otherwise we’d have been hauled up there). Even when he’s in a proper full on rage he sticks to calling us Mr PooPooHead and saying that we “drink out of the toilet”.

I was watching a Bond film* with him the other night when there was a particularly funny (due to the timing), heavily accented shit. I laughed and did an impression of the chap who did the swear. The boy was immediately scandalised; on his feet and about to run upstairs and do the supergrass bit. I placated him:

Boy: You said a naughty word though!

Me: I was just quoting the man in the film, that’s okay.

Boy: Can I quote the man in the film?

And thus ended the negotiation.

Still, as I mentioned yesterday, it’s better to watch a film with a couple of shits in it with your kids than to buy them Grand Theft Auto 5 for Christmas…

*Live & Let Die was the first Bond film to use swear words. Bitch was the most popular but there were a couple of shits. Even the Daniel Craig films favour ultra violence over swearing though. Personally I’d love to see Bond tap someone on the shoulder and say “Oi, wanker” before punching their lights out.