When I was little there wasn’t much footy on the telly and my dad was a lapsed Wolves (armchair) supporter anyway, so I didn’t really grow up in a house that watched or talked about football. Fast forward on 30 plus years though and things are a little different now, thanks to TV rights deals, the proliferation of satellite and cable channels and everything else that goes with it. With the boy, Fifi and Ned all being under 10, a lot of the football I accidentally watch, be it Premier League, European Cup or the odd international, all tend to happen after they’ve gone to bed, although they do catch the odd Saturday team time kick off or a 4pm “Super Sunday” match. Even then they mostly have to put up with me getting cross with Arsene Wenger for not buying a better striker than Giroud. The boy did has a brief obsession with Man Utd (as most Southern kids do at some point) but thankfully when his hero, Robin Van Persie, left the club to play for Fenebache, that was the end of his brief dalliance with the Red Devils. 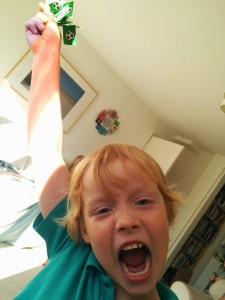 So while regular domestic football holds little interest for the kids, big major tournaments like the Euros or the World Cup are an entirely different kettle of fish. We’ve got big plans for this summers UEFA European Championships, which we’ll model on what we did at the last World Cup. Back then the boy was 7, Fifi was 5 (and constantly asked who was winning, which was endearing for five minutes and then rather irritating). Ned was too young at two to have much interest but now he’s four, I’m hoping he’ll get involved a bit.

What we intend to do for the upcoming UEFA European Championships is a sweep stake where everybody picks a team from a bowl to follow through the tournament. Since the tournament is taking place during term time, we’ll try to let the kids watch any match that “their” team is in but we’ll also do stuff around their country- we’ll look at the culture, the food and the traditions that each of the teams we’ve picked has. We’ll also pick up the official sticker album when it’s released and let the kids compete for the right to open the packets of stickers and put them in the book. Whoever has the team that progresses the furthest in the tournament will win the album to keep. No pressure there then but I’m hoping against hope I don’t draw Israel or Northern Ireland, who, no offence, aren’t going to be in with much of a chance of winning. of course it would be super awesome for any of my offspring to really get involved with England in the tournament, and maybe even be one of the three lucky youngsters able to walk out with the team as a player escort (mascot in old money). There is a chance, and if you read to the end, you’ll find out how. 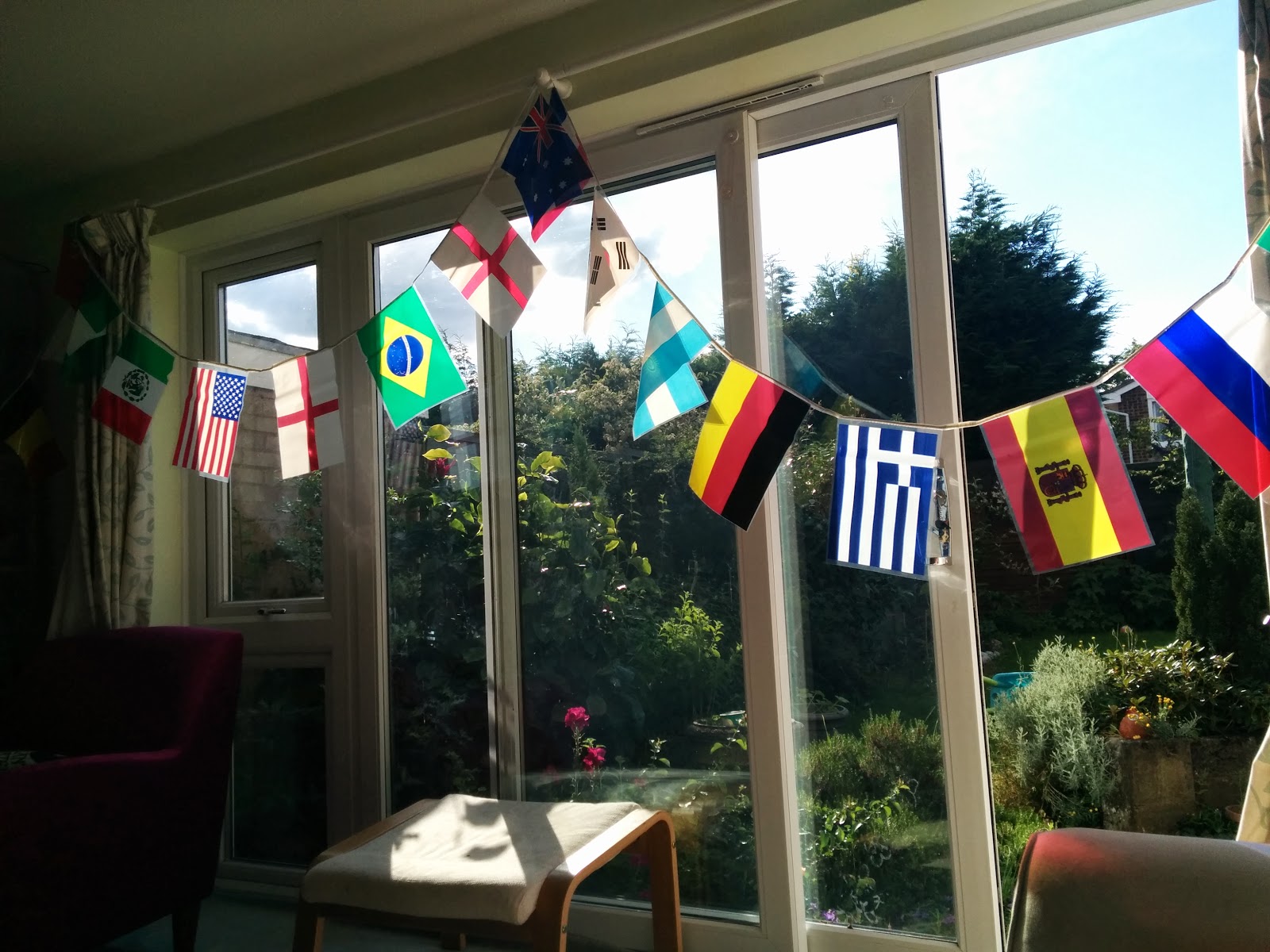 When it came to the final last time around at the World Cup, it was the boy’s Argentina against my Germany (neither of our sweepstake teams made it to the final but he wanted to stay up and watch it with me, so I let him pick a team first. There were tears at final whistle but the match was a proper bonding experience.

Our house will be decorated with bunting of all the flags of participating nations, we’ll had a huge buffet on the day of the first England match, with friends around, in the lead up to the 9pm kick off (it’s a Saturday, so the kids can fill up on fizzy drinks and go wild). Just before the national anthem, I’ll put the official football anthem on, the marvellous Skinner, Baddiel and the Lightening Seeds 3 Lions, and we’ll all pogo in the sitting room before sitting down and arguing over Big Roy’s selection. 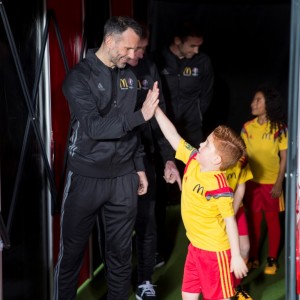 I can’t wait. International football for me is so much more than the game, it’s the whole social thing, with friends and family and now the kids are just that bit older, it should be magnificent!

McDonald’s ambassadors Ryan Giggs, Martin Keown and Pat Jennings have joined forces to launch a competition which will give kids the chance to win a once in a lifetime opportunity to become a McDonald’s Player Escort at UEFA EURO 2016™.

Your child has the opportunity to be a Player Escort at one of three UEFA EURO 2016™ matches taking place in June or July 2016 for your chance to enter see:http://www.mcdonalds.co.uk/ukhome/Sport/Football/LetsPlay/EURO-2016.html