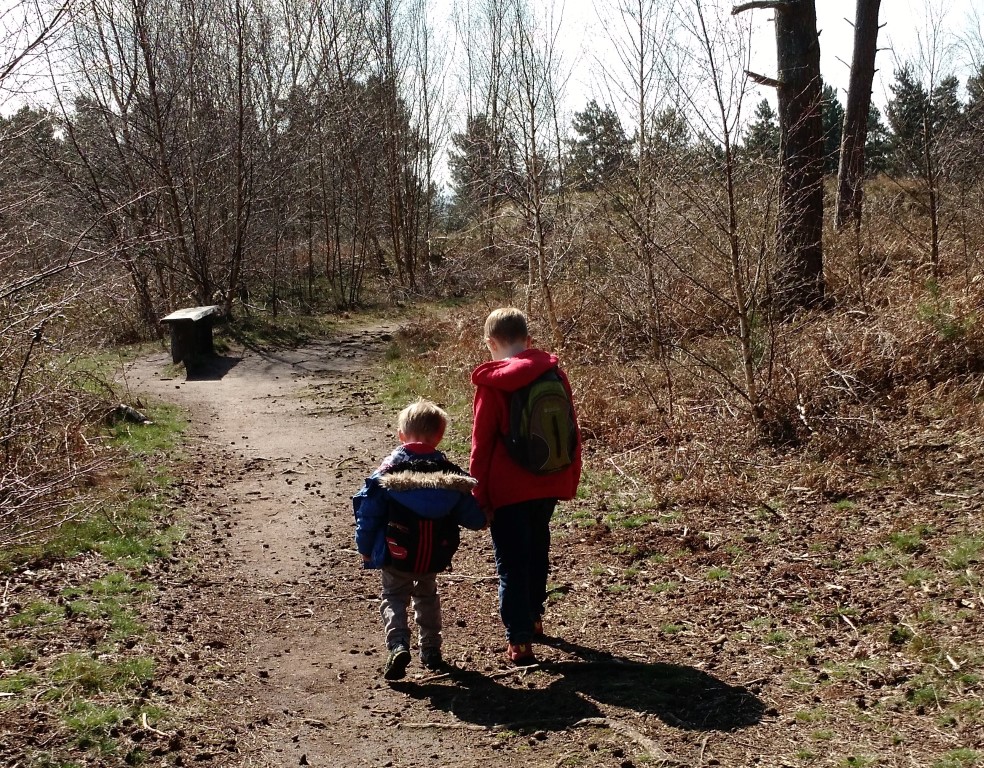 The latter part of the bank holiday weekend may have been all about the storm but Good Friday was a wonderfully sunny day. We decided to capitalise on the weather and headed up the A1 to Sandy, to the RSPB HQ to be precise. It’s been a couple of years since we went for a day out there and it seemed like a good opportunity to use the one promising day of the long weekend.

We took packed lunches, drinks and coats, although for the most part the coats ended up being carried, as when the sun was out it was properly glorious.

In the morning we followed a long circuitous route around the extended grounds of the estate, spotting birds and wildlife- particularly butterflies and ladybirds. All was well until an unfortunate incident at lunch time involving a slightly over enthusiastic Fifi accidentally killing a ladybird she was trying to rescue from a hole. The hapless lass, then compounded her misery by sitting on and killing a beetle in a pique of temper over the fact that everyone was laughing at her ladybird murder. In the end, the boy even invented a song about Fifi, Slayer of many animals.

I think it took quite a long time to calm her down, during which time she explained to me she was quite sensitive and got upset easily when people made fun of her. I tried to explain that people who wanted to make fun of her would stop if they didn’t get a reaction but I don’t think my point got through. She probably couldn’t hear me over the tuneful singing of Fifi Slayer of many animals.

After a conciliatory ice cream from the shop, we went to the ornamental gardens of the actual house. The RSPB’s original offices were in the stately home that they purchased, now far too small for the number of people they employ, but fun for a good stroll around. Wifey and I parked ourselves on a bench while the kids ran around playing for a good couple of hours. By the time we headed off home, we’d been there a little over five and a half hours. Not bad for effectively a free day out (we’re RSPB members, so I suppose we should apportion an element of our annual membership against the cost).

Ned fell asleep in the car on the way home, and didn’t stir while I carried him in and put him on the sofa. It was a lovely day out, we could do things at our own pace, without having to keep to an agenda or schedule. It’s just a shame the weather was so horrid for the rest of the weekend!