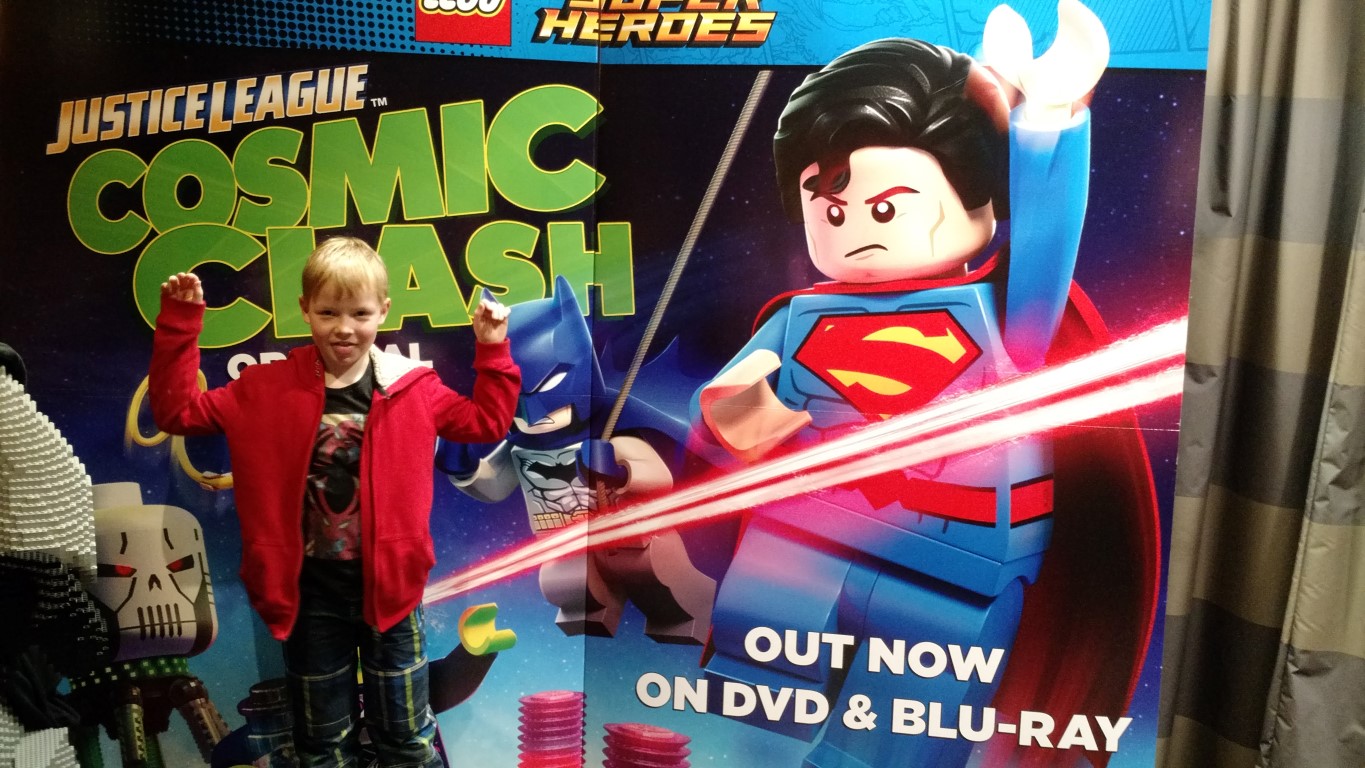 I’m going to call Lego DC Comics Super Heroes: Justice League – Cosmic Clash by the much shorter moniker Cosmic Clash from now on in, otherwise I’ll hit a thousand words before I’ve even got going! Although the title may be a bit of a mouthful, the direct to “video” (DVD or Blu Ray actually) is well worth writing about because it’s pretty good fun.

LEGO is the only brand to successfully cover both Marvel and DC super heroes, and it does them so well it’s a real joy to watch. The feel in the film is pretty much like that in the LEGO Batman 3: Beyond Gotham video game that came out about 18 months ago. That’s a good thing, believe me, as it’s probably the second or third best LEGO game ever. 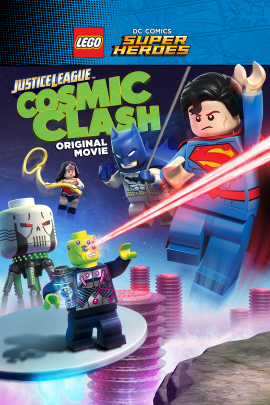 Two nights ago I saw Batman v Superman at the cinema. Although it’s a 12 certificate, it’s definitely not a kids film. As a 12, it sits closer to a 15 than to a PG, unlike the Avengers which probably sits closer to a PG than a 15. But Batman is Batman,Superman is Superman, and it’s proving difficult to dissuade the kids interest, especially given the wall to wall coverage that’s everywhere at the moment. This is where something like Cosmic Clash works really well. You can fulfil the kids superhero appetite without caving in to the demand for unsuitable viewing material.

Cosmic Clash features Brainiac as the baddie, and some pretty fun time travel as Batman and Flash go back in time to rescue Wonder Woman and Green Lantern and to the future to rescue Superman. By this point the LEGO versions of the super heroes all have quite well developed personalities- Superman is a big boy scout, Batman is serious and intense, Flash is hyper active and a bit zany and Green Lantern always makes a big point of how brave he is. Even if you haven’t seen any of the other LEGO Justice League stuff, there are no barriers to entry as it’s really easy to pick up and great fun all the way through.

The Blu Ray and DVD are available now from all good retailers. Whisper it quietly, I think I enjoyed it more than Batman v Superman!