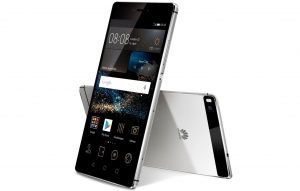 Smartphones are increasingly becoming a major part of all of our lives. Heck, sometimes I even use mine to make telephone calls. Imagine that! But as a parent there are certain things I look for in a mobile phone that it isn’t always that easy to find all in one place.

By accident, Huawei might have actually made that phone in the Huawei P9 but first let me rewind a little and start at the beginning.

I get a large number of press releases and invites in my inbox. So many in fact that I don’t reply to all of them. It’s rude but I simply don’t have the time, on top of a full time job and a family to pay attention to. A few weeks ago a rather cryptic email landed in my inbox from Huawei. I knew the name, even if you don’t, as I had a budget Windows phone that they made a few years ago. I vividly remember sitting in the returns section of IKEA in Wembley fiddling around with it while waiting to return some kitchen parts. It was a nice if unspectacular phone, as a lot of Windows phones were/are but since then, Huawei have been on a continual push to move their brand up towards the premier end of the market. The invite was cryptic in as much as it only really said #oo, something something launch. I thought I’d go though as it’s always interesting to see what’s happening in the world of tech.

I think maybe I was expecting something along the lines of the Nokia Lumia parent blogger event I went to back in 2013 but boy was I wrong. It turned out to be the worldwide launch of Huawei’s new flagship model, the P9. There were tech journalists from all the big sites I read, and from all over the world too.

It was fascinating on many levels, not least as it gave me an interesting insight in to how tech news and hands on features are written and published. After the two hour presentation and about another hour of hands on/photographing, a lot of the tech sites already had their “reviews” and “first impression” pieces up. The text was pretty much straight from the presentation, and the hands on was pretty hands off but I can understand the process because in the world of tech, first to publish is pretty much guaranteed a lot of traffic.

What was surprising though was the entire packed auditorium was given a review unit on exit. And it’s that review unit, a 3GB RAM, 32GB storage, Huawei P9 that I’ve been using exclusively as my mobile for the last week. It’s had a few days at work, a trip into London, a busy weekend,three days at Butlins and as a SatNav on a trip into Harrow. I’ve properly put it through it’s paces morning noon and night and I’m mightily impressed.

The last few years have seen a couple of odd trends in high end mobile phones. Premium handsets have been getting bigger and thinner. That’s ignoring “phablets” like the Galaxy Note too. Bigger phones means bigger screens, thinner phones usually means smaller battery. That’s a bad combination, so it’s no surprise that the biggest bugbear smartphone owners have is battery life.

I’ve had a lot of smartphones, on all three mobile operating systems (Windows Phone, IOS and Android). Personally my preference would be for a top end 4 inch phone with a huge battery but such a phone doesn’t seem to exist. Anything under a 5 inch screen is usually a budget handset that makes compromises. 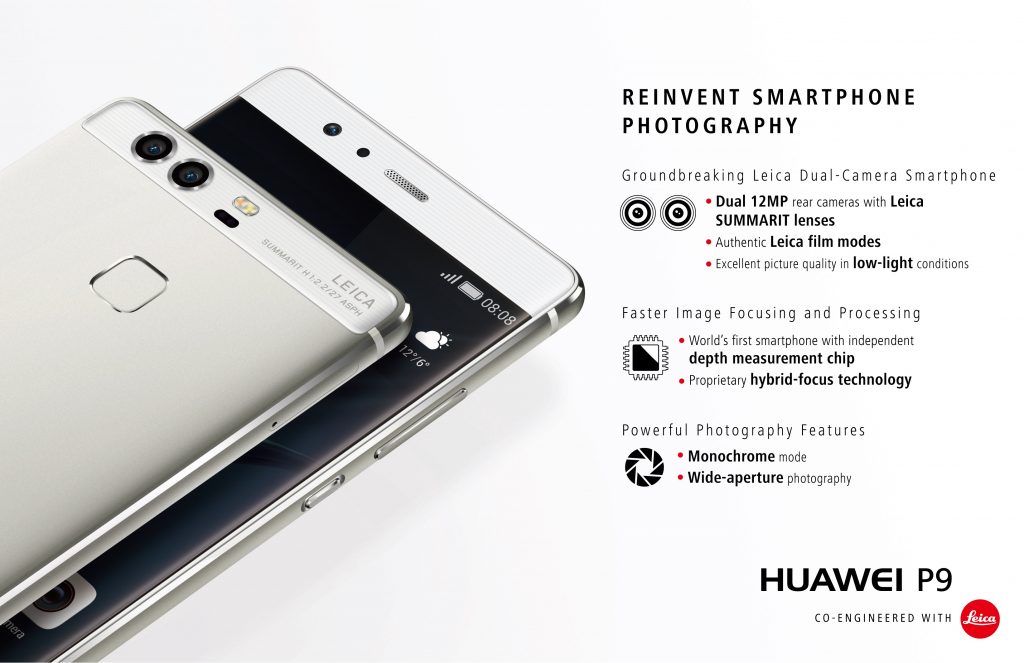 The Huawei P9 has been built from the ground up to be the best camera you can have with a smartphone. That’s bold words from Huawei, considering the venerable Nokia Lumia 1020 is still considered the pinnacle of camera tech, with it’s 42MP sensor and ability to shoot in RAW. I’ve owned a Lumia 1020 and whilst the camera is good (I know people who at a pinch have used it for the odd professional shot), it falls down on lag and the operating system is uses. There’s not much point being the best camera out there if you have to carry another smartphone around to use your SONOS or change the temperature on your Hive smart thermostat.

The above infographic shows you a lot of the detail about the camera system in the phone. It reads well and certainly sounds impressive but the real test is in the field. As parents, we’re often loaded down with kids stuff- when they’re little, it’s change bags, and other stuff, as they get older, we become mobile coat stands, bag carriers and even child carriers. We’ve got some nice cameras in our house, ranging from cheap Canon point and clicks, through to a premium Fujifilm pocket camera, right up to a Canon DSLR. We hardly ever take the DSLR out with the kids as by the time you’ve got the thing out of the bag, the moment is gone. Equally when you’re carrying stuff anyway, having a camera hanging round your neck is often the last thing you want.

My other half often shoots some great pictures on her Fuji but even that has to be wrangled out of the handbag, turned on and- poof! the moment is gone. I’ve spent pretty much the last 5 years shooting on my smartphone, which is often okay outside and poor indoors. My last phone, a Moto X, had a pretty poor camera, the previous one that, a Nexus 5 was okay, but it was really the Lumia 1020 that did me proudest, even though you had to physically plug it in to remove the RAW files (how silly was that?).

I’m very pleased with the Huawei P9’s cameras. The fact that Leica, the top end German camera maker has been involved is pretty obvious when you see the end results. The P9 has a separate monchrome camera on the back, which allows extra light in when you’re taking colour pictures, making it much better indoors. Both the rear and front facing cameras have some great software processing modes that really enhance your photos. Enough of the words though, have a look through the gallery below and please remember, these have compressed to meet the 2MB upload limit on WordPress. 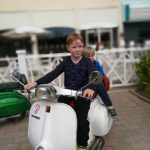 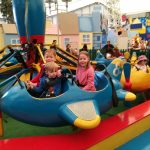 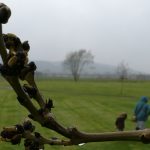 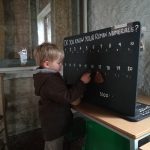 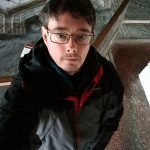 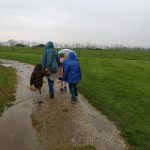 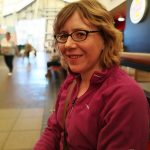 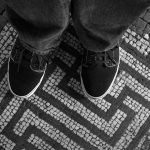 Standing on a mosaic 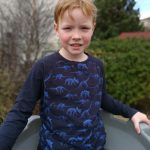 You can see from the photos that I’m more than a little taken with the depth of field setting but hopefully you can also see how well the Huawei P9 takes pictures indoors. I’d particularly highlight the one of Ned and the Roman numerals board- he was right next to a window but the camera intelligently adjusted the exposure to compensate for this. The selfie I’ve taken (Hello!) uses the built in “beauty” setting, which effectively post processes (photoshops) all the wrinkles out of me. I posted one on Twitter the other day and even had a “you’ve aged well!” comment from someone I went to uni with:

So, suffice to say the camera gets a big thumbs up from me.

The other key issue as a parent is the battery life. We’re often out all day and there is nothing worse than the battery packing up at around 3pm, because after 3 the kids get tired and it’s always funny to photograph the tantrums for later enjoyment.

To be fair I have an enormous number of push apps on my phone that don’t help battery life, and I also tend to use the SatNav function a lot but there’s little point carrying a svelte phone around if you also have to carry a bulky portable battery pack too.

The absolute worst I’ve managed to hammer the battery in over 10 days of use saw us return home at 6pm with 13% left on the battery. We’d been up (and unplugged from the mains) since 5:30am, and I’d even let the kids tether to me in the car for an hour of Netflix on the drive home. There are two reasons for the longevity- firstly the screen, although lush, is “only” 1080 (some other high end phones have a 1440 resolution), which means the screen doesn’t drain the battery as quickly. The other is the battery size. Despite being notably thinner than an iPhone 6S, the battery is a whopping 3,000mAh. That’s a lot more than say the Galaxy Edge 6, and almost twice that of the iPhone 6S’s 1,715mAh. It’s a stayer.

The P9 also has a microSD slot, so, despite coming with 32GB of internal storage as standard (16 really doesn’t cut it nowadays), you can expand it relatively easily. The P9 doesn’t support Marshmallow’s unified storage, which sees SD storage treated as internal rather than external, but since it’s easy to set apps like Spotify to store downloaded tunes on the SD card, it’s not much of an issue. Plenty of room for photos and videos internally means you can really bore the kids grandparents with pictures and videos of your kids. 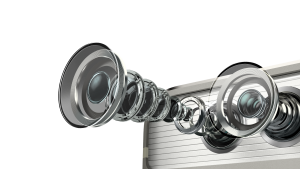 So the huawei P9 does really well in the two key areas of camera and battery life. Is there anything I’d like to see improved? Well I wasn’t a huge fan of Huawei’s customised launcher, but I quickly and easily switched it out for Google’s own launcher, which was much better. The notifications are a little small to see but I have them sent to my Pebble Steel smatwatch anyway, so that’s not a issue. The CEO of Huawei said if the P9 had been as thick as an iPhone 6S, the battery life would have been a good ten percent better. I definitely wouldn’t have wanted a thinner phone than the P9 and I’d be tempted to say I’d like the extra battery life a further 1.7mm would have bought me but that’s minor really.

The one thing that people always seem to forget when it comes to reviewing smartphones is the call quality. I use my mobile to call my parents mostly and I’ve had a lot of problems in the past with Mum (slightly deaf) not being able to hear me properly. She actually commented on how clear the connection was with the P9, which ticks another box for me.

I liked my Moto X, battery life aside, and I’m genuinely surprised how easily the Huawei P9 has replaced it. I can’t imagine going back to it now as the potent combination of a great battery and super camera is pretty much what I need as a parent.

The Huawei P9 is available to order on a number of UK networks now. If you’re a parent, it is definitely worth looking at!