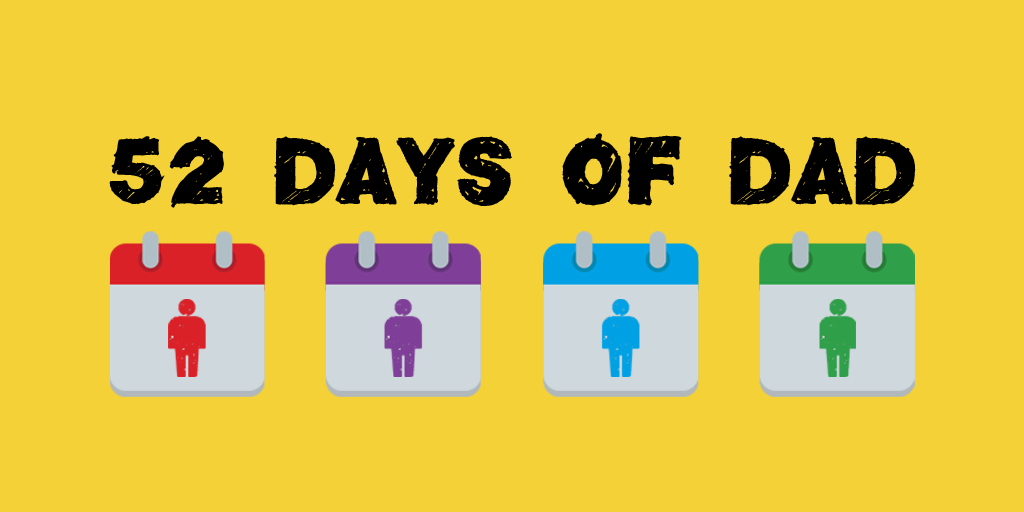 I was emailed about an exciting new campaign to celebrate young dads from under privileged backgrounds recently. For various reasons, mostly focused around i) me being useless and ii) rather a lot of actual work, I’ve sat on it longer than I should have. Working on the principle of “better late than never”, here we are.

The Family and Childcare Trust has a group called the Young Dad’s Collective who look to address the challenges facing young dads.

The Young Dads Collective (YDC) is launching the campaign #52DaysofDad to raise awareness of young dads, aged 25 and under, who are among the most isolated and economically deprived parenting groups in the UK.

The campaign will bring together high profile bloggers, personalities and supporter organisations to make dads visible and celebrate dads who love spending quality time with their children.

YDC will release 52 exciting free and fun activities to do with children, one for every week of the year. There will be prizes for those families who take part in a number of activities.

The Young Dads Collective (YDC) is an award-winning program that works to reduce the levels of isolation and poverty experienced by young fathers and at the same time develop their employability skills.

Research shows that young dads are amongst the most isolated and economically deprived parenting groups in the UK. Many come from disadvantaged backgrounds and are more likely to have been excluded from school, brought up in care or lived in poverty.

YDC works with young dads aged 25 and under recruiting, training and supporting them to be agents of change. As experts by experience, their team works to highlights the issues of a community often regarded as ‘hard to reach’. The YDC aims to affect change and raise awareness of the specific challenges that young dads face.