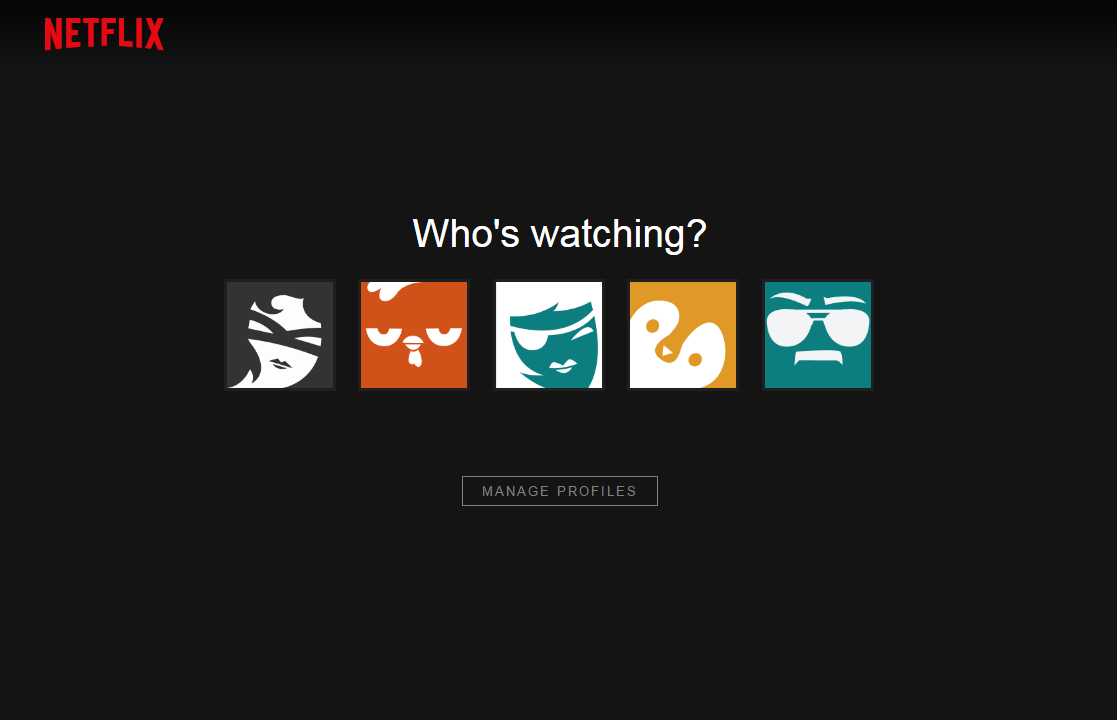 I’m pleased to say I’ve been asked to join the Netflix Stream Team for 2016. WooHoo! Of course I’ve already written about Neflix  and streaming stuff before, and we’ve had a Netflix subscription now for three or four years. Our littlest marked his first night after moving from a cot to a bed by escaping downstairs while I was giving his older brother and sister a bedtime story and watching Peppa Pig on Netflix on my wife’s iPad.

Still, even with every single TV in the house capable of streaming Netflix (2 have the app built in, the other tellies have FireTVs attached), and a tablet per person, we still invariably have arguments over what we watch. The sitting room is seen as the prime real estate in our house, it has the comfiest sofas and a 65 inch telly. By contrast the playroom has our old 50 inch plasma (only in St Albans would it probably be classed as “normal” to have a TV that size in a playroom) and our bedroom has a 49 inch 4K telly, which is awesome for watching Daredevil in 4K. In our defence, two of those tellies were directly the result of blogging (one was a competition prize, the other something to do with promoting a competition), so I don’t feel excessively guilty over the number of enormous tellies we have. 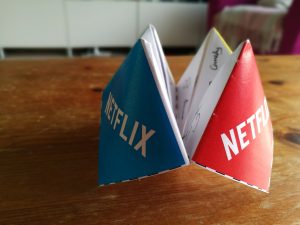 But yes, there are some fights about who watches what where, and that’s before the kids get into the battle to watch hyperactive cartoons on Pop either.

Netflix tasked us with producing a fortune teller (using their template) and filling it with family friendly programmes for 8 categories they selected for us. Although Netflix gave some examples for each categories, I thought it would be fun to let the kids see if they could do better.

This turned out to be an enormous mistake as they spent hours- certainly longer than it would have taken to watch almost everything we ended up picking- selecting the shows and movies. Still, our categories and sections were:

Some of the choices were easy- Horrible Histories is awesome for kids of any age, and it’s even a show I’m happy to leave on in the background and let the kids learn by osmosis, others there were bitter feuds over. Pokemon particularly. Netflix gave some much better anime (Japanese animation) suggestions but the boy is currently in the middle of a Nintendo inspired Pokemon fixation. I plumped for Big Fish as it’s a film I’ve always meant to get round to watching, and lets face it, who couldn’t not Blah Blah Blah along with Hotel Transylvania?

Unfortunately in practice, using the fortune teller worked out as problematic as democracy (suggesting to me at least a theocracy is as problematic as a republic but that’s a blog post for another day), with the first choice not winning a majority of support, it became a “best out of three”, which lead on to threats (our kids are good at threats), and eventually saw wifey and me sneak upstairs to watch Hemlock Grove. When we came back down, the kids were all watching H20, one of those Mermaid shows that seem to be inexplicably popular at the moment.

Working on the principle that you can’t win them all, and should probably pick your fights carefully, I counted this as a success. The Netflix package we’re on that allows for 4K streaming also lets you watch on 4 devices concurrently for £8.99 a month, so we were only at 50% capacity anyway!