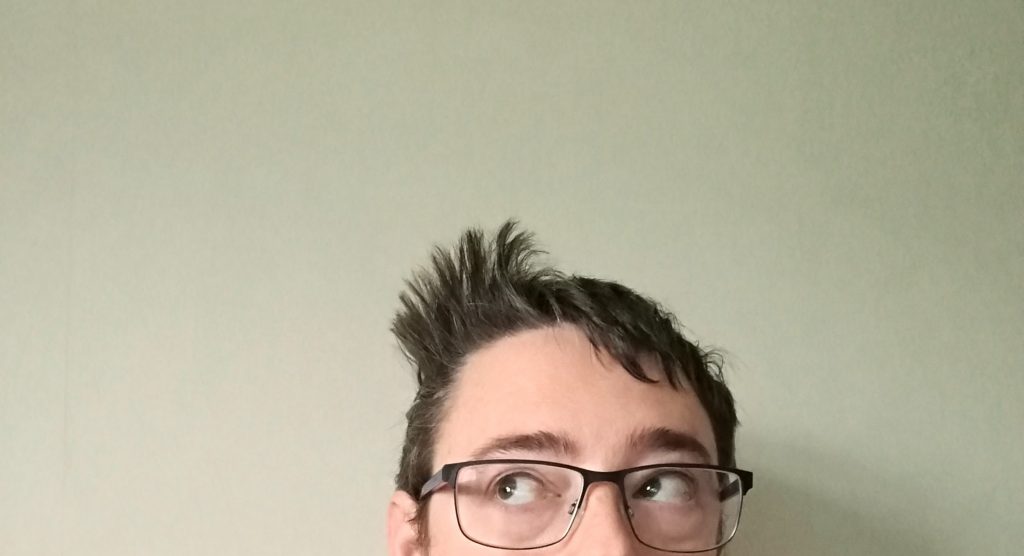 Today got off to a terrible start with the double whammy of a bad hair morning and no bacon. The no bacon part of it was really disappointing as I awoke to the gentle aroma of bacon wafting up from the kitchen. There are few better ways to wake up than to impromptu bacon (either in a bap or with eggs on a plate) but today was a let down as the boy had been cooking under supervision and decided to put all 5 rashes into a sandwich and eat it himself.

Vertical hair and a consolation bowl of Cheerios was the order of the day then. Not a disaster but so much less than the promise of mere minutes earlier.

I’ve always had terrible bed head, it’s a combination of two things, the way I sleep (on my front, with my head to the side) and the fact that the hair on the right hand side of my head grows funny. There’s a clear line along the side of my head where my hair points sideways. It doesn’t grow either out or down, it grows facing towards the back of my head, flush to my skull. It makes getting a haircut tricky as it takes the hairdresser/barber a few attempts to get any style looks vaguely reasonable as cutting the sides to the same length always makes the right hand side look half an inch shorter than the left. That’s why I’ve used a grand total of three barbers since I graduated from university about 20 years ago.

Still, I’ve now gone on about my hair past the point where I really should have stopped, and if you ever bump in to me in the real world, you won’t have any ability to stop yourself staring at my hair. I’m sorry I’ve driven you to that, entirely my fault!