Everybody seems to be jumping on the 4K television bandwagon now that 3D is officially dead and all that. The problem is until after the summer when SKY start their 4K broadcasting, there isn’t exactly a lot of 4K content outside of Amazon and Netflix streaming. Fortunately we’ve got both, hurrah! And goodness me, some of the 4K stuff looks truly magnificent on a Panasonic 4K TV. It even handles the 720P stuff that Now TV shows with decorum but really, it’s all about watching the stuff in 4K. Fortunately we’re lucky enough to be in an area that’s covered by Virgin Media’s cable network, so we get 150Mbps (soon to be upgraded to 200Mbps!), which means that we can all sit in different rooms and happily stream to our hearts content.

What are we watching at the moment though?

Well, all of Netflix’s own content is now made in 4K, so we’ve been working our way through that, two series of Daredevil, Jessica Jones, Unbreakable Kimmy Schmidt and Marco Polo.

On Amazon, it’s been Preacher (“only” HD but the telly handles that pretty well anyway), Transparent and I’ve made a start on Orphan Black. 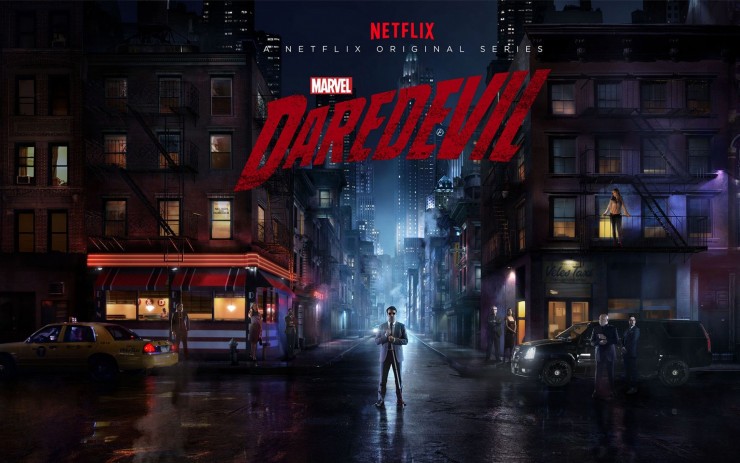 The difference is really appreciable, especially if you’ve watched some of the content (like we did with the first season of Daredevil and Kimmy Schmidt) in HD rather than 4K/UHD. You can see every wrinkle on Matt Murdoch’s face, and Kimmy’s knees look like they could do with a bit of a rest.

Since it’s going to be a while until we get either affordable 4K Blu Ray players, or for that matter much content on them, streaming now and broadcast in the near future is definitely the way to go. Once you’ve watched stuff in 4K, it really is difficult to go back, it’s as much of a jump as VHS to DVD or DVD to blu-ray, and it doesn’t cost a fortune any more.