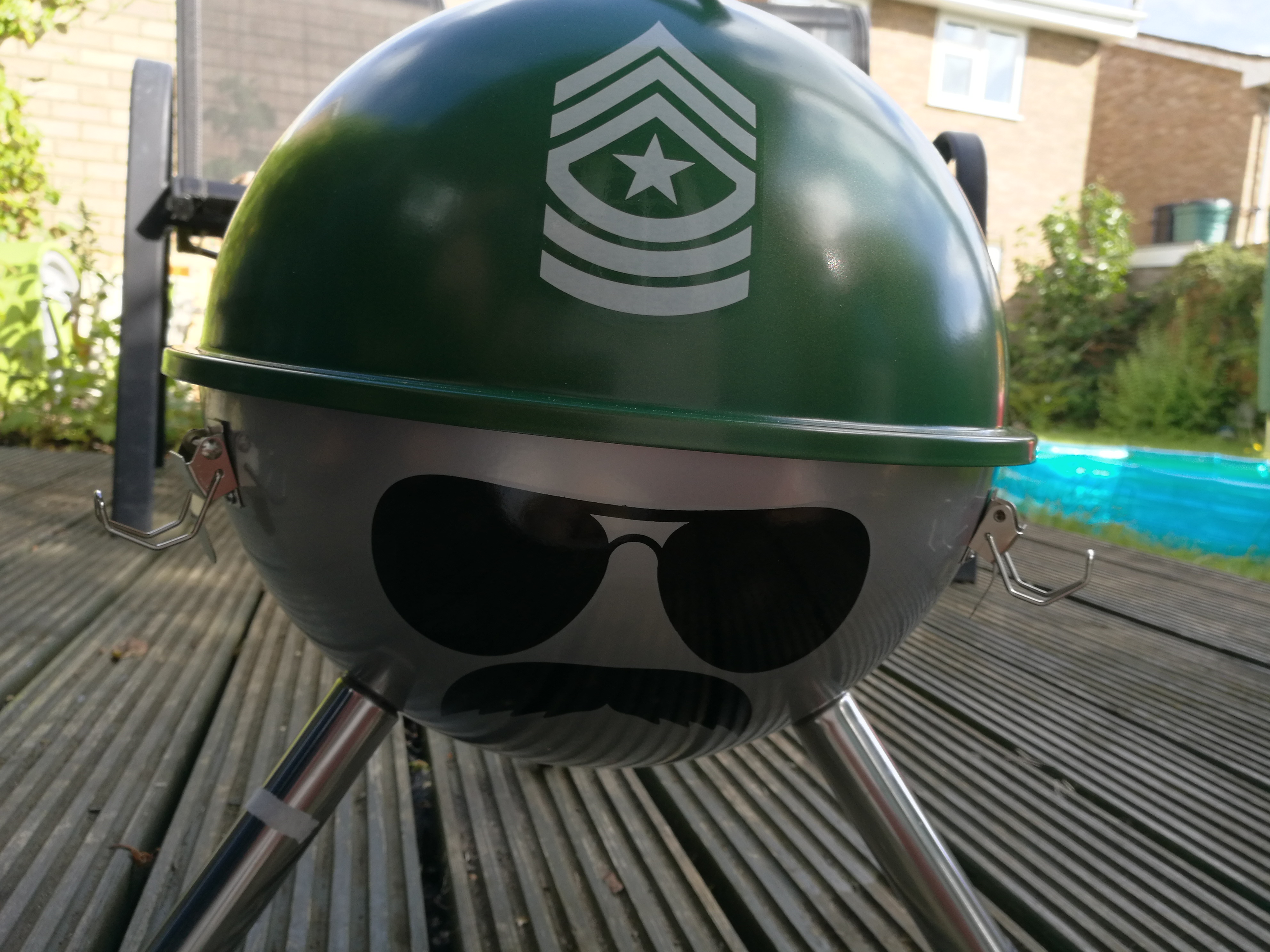 Paladone organised the Dad’s Play Date I did a couple of months ago, and recently they offered me a small portable BBQ called the Grill Sergeant to try out. Given how the weather has massively taken a turn for the better, it was the ideal time to give it a try!

The Gentlemen’s Club Grill Sergeant BBQ has a 12 inch grill, costs £29.99 and looks like an extra from South Park, in a good way. You can spend less on a BBQ but what your £29.99 gets you is a well made BBQ, with no sharp edges, a properly treated steel shell, and a pot for the charcoal briquets.

Firing up the Grill Sergeant BBQ, we found there was enough room for 10 chicken drumsticks, although there wasn’t an enormous amount of breathing space, it worked okay. 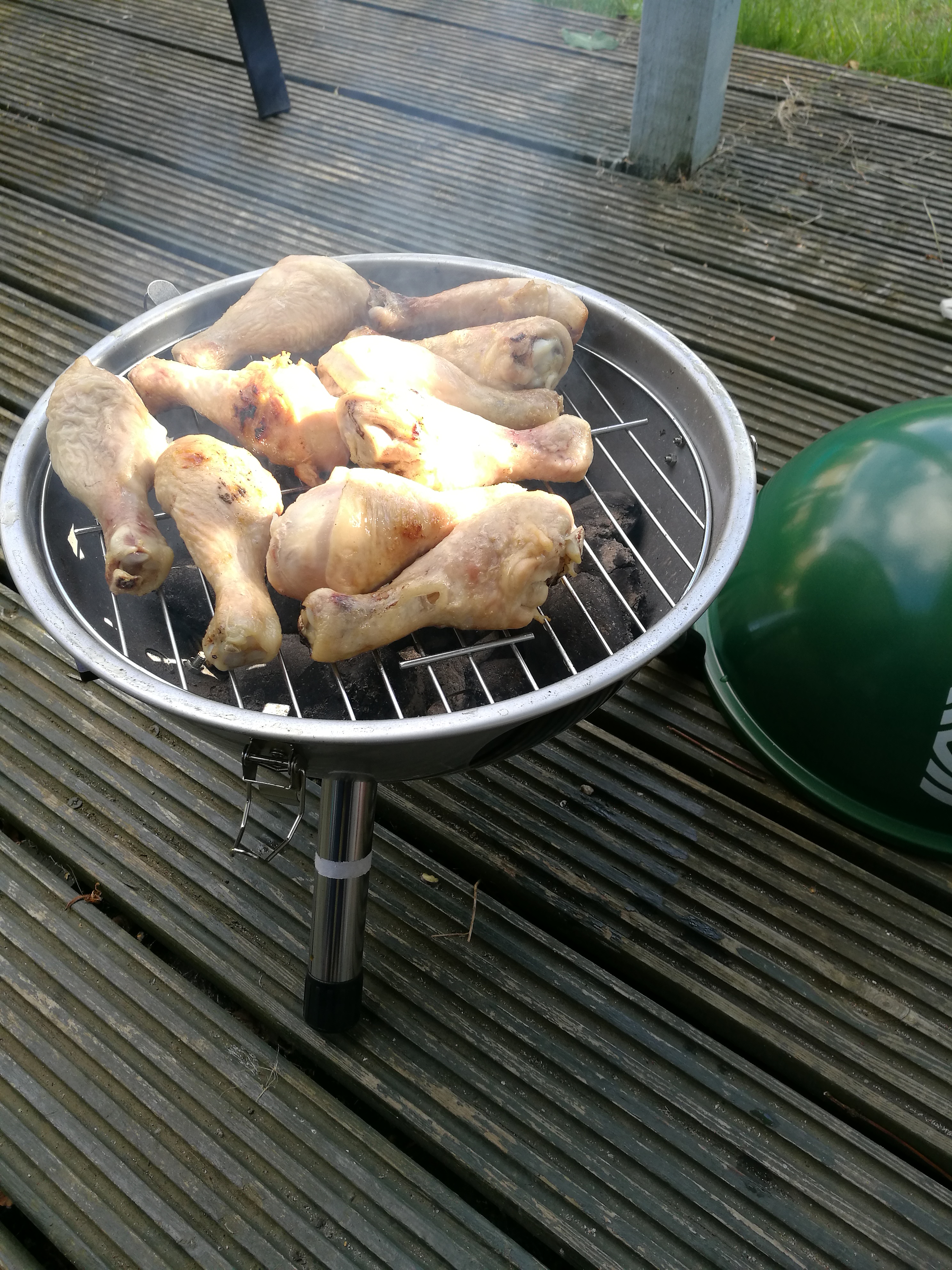 Pretty soon all our chickeny needs were satisfied, job done and thank you Paladone. It’s pretty easy to pack up the Grill Sergeant BBQ and hoist it down to the park (if your park allows BBQs) or round to that mate who doesn’t own a BBQ, it’s pretty portable. The lid helpfully clips on too, so you’re not left juggling with  all the bits when you move it around. Although the legs are removable, you will need a screwdriver to do it, so I’ve just left them on for bumbling around with the Grill Sergeant.