As far as mouthfuls go, the TP-Link AV1200 Gigabit Powerline ac Wi-Fi Kit is definitely up there with the best of them. I’m going to try to refer to them as the AV1200s from now on, otherwise my word count will treble and you’ll get lost in terminology!

Before I start talking about performance though, it’s best to talk about what the TP-Link AV1200 Gigabit Powerline ac Wi-Fi Kit is actually for. The purpose is simple, the technology behind it complicated but basically devices like the AV1200s are part of the Powerline standard, that look to provide a wired network connection to parts of the house you either can’t cable up or that have really poor WiFi reception. Poor WiFi can have any number of reasons behind it- distance, the number of walls between where you are and the router, interference from neighbours WiFi networks, the number of devices you have connected over WiFi or even the type of WiFi network you have, or the quality of the router you are using. 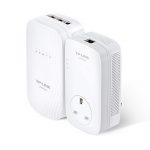 Powerline neatly bypasses this by using your electricity cabling as a wired network. The principle is simple, you plug one AV1200 in near your router, and another in the room/space that doesn’t already have a wired connection or a decent WiFi signal. There are numerous different designs from different manufacturers, some have WiFi, some don’t, some act as passthroughs so you don’t lose a plug socket, and some don’t. Powerline isn’t a new standard, it has been around for at least a decade now but over the last ten years, the speed has increased dramatically. The first Powerlines I bought were 100Mbps, the AV1200s are 1,200Mbps. Although I should say, it’s always been the case that these headline figures should be taken with a pinch of salt and that real world performance won’t be that high. A case in point is the AV500 Homeplugs that these TP-Link AV1200s replaced. Despite being called AV500 for 500Mbps, the devices had network ports only capable of 100Mbps because that was a much more realistic transfer speed for them to work at.

There are three reasons you should never expect the full headline speed. Firstly is the quality of the wiring in your house- the older the house, the more likely you’ll have signal degradation, after all you’re not using your wiring for the purpose it was intended for. The second is interference- you will notice a drop in performance if you’ve got the washing machine, tumble dryer or microwave on and you should always plug your Powerline into a wall socket rather than an extension cable, as that introduces another level of interference. Thirdly, the signal degrades with distance, so the further away the two plugs are, the slower the connection is likely to be.

Having said all that, professional tests using timed file transfers show that these particular Powerline can manage well over 400Mbps over a reasonable distance and over 100Mbps over a much longer range, which puts them right at the top of the performance tables, at a price that nobody else matches. 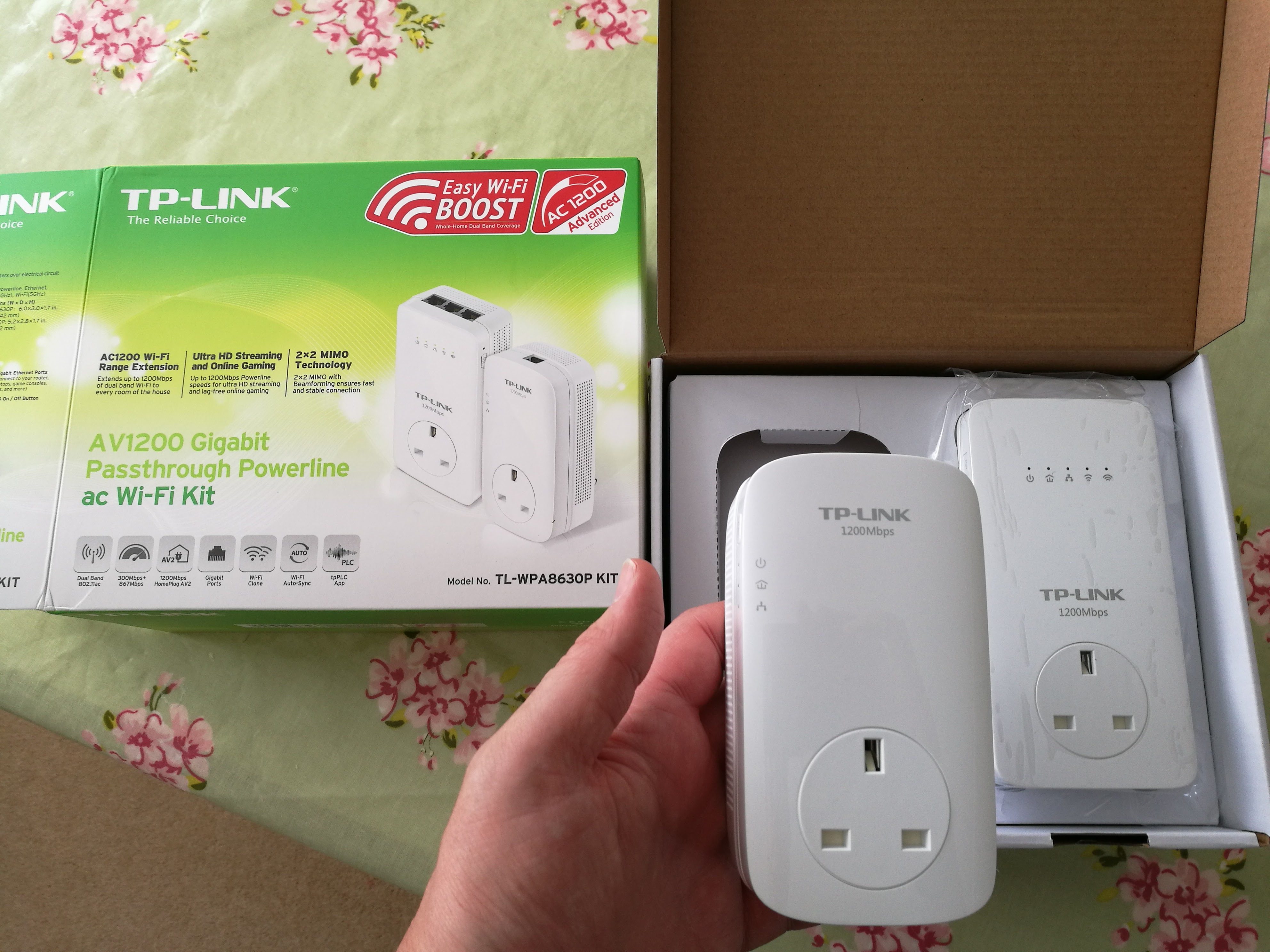 I’m obviously not a professional tester but I do happen to have a 4K telly in my bedroom, at the exact opposite end of the house to our router. I replaced my AV500 Poweline adaptors with the TP-Link AV1200s and set about seeing whether the 4K streaming that Netflix and Amazon Prime Video offered would be any more watchable than it had been previously. For me, that sort of real world usage test is important.

The TP-Link AV1200 Powerline adaptors, like pretty much all the others out there, really stick to the plug & play principle brilliantly. All you have to do is plug them both in, wait a few seconds for them to sync with each other, and you’re ready to go. The WiFi is slightly more complicated to set up but if you initially plug the second adaptor in close to your router, you can clone the WiFi at a couple of button presses, which isn’t exactly taxing!

We were able to watch a slew of our favourite Amazon and Netflix shows in 4K and even the BBC iPlayer, which was extremely “buffery” at HD seemed to like the additional bandwidth we gave it. We tested it via our TV (an LG Smart TV) via it’s built in apps and through the Shield TV attached to it that also does 4K. In both instances we had no buffering whatsoever, which to me says the TP-Link AV1200 devices worked well.

In terms of design, the TP-Link AV1200 are quite bulky. This is partly due to the pass-through- they need to be deep enough to take a three pin plug- and partly due to the inclusion of the ac WiFi gubbins. One of our AV1200s was plugged in to a dual point plug socket but it didn’t foul the plug next to it- this might be more of an issue if you have a power adaptor plugged in to the wall though. Due to the design, the ethernet cables plug in to the top of the device, which can look a little messy if the Powerline adaptor is on show but it’s a minor point really.

In the kit you get two AV1200 adaptors, one has the solitary ethernet socket and should be plugged in close to your router, the other has 3 ethernet ports and the ultra fast built in WiFi. You also get a couple of 2m ethernet cables too, which is handy if you’re not replacing existing kit.

There is of course no limitation (within reason) of how many AV1200s you can have on the same network. Your circuit breaker acts as a “firewall” which means your neighbours can’t impinge on your network but your Powerline network will work across circuits, so if you have an upstairs ring for the power sockets and a downstairs ring, or like us, have your shed wired up on it’s own separate circuit, the TP-Link AV1200s will work across them. The basic rule for use never changes- one adaptor connected to your router, any others wherever you need them.

The TP-Link TL-WPA8630P Kit AV1200 Powerline Dual Band AC1200 Wi-Fi Kit has an RRP of £125, with additional adaptors costing considerably less. There are two kits further down the range, one does away with WiFi, the other does without WiFi and the passthrough plug functionality. If you don’t need either the WiFi range extension or the passthrough, they offer better value but the WiFi range extension functionality is great if you use your iPad in a room that doesn’t have great coverage.