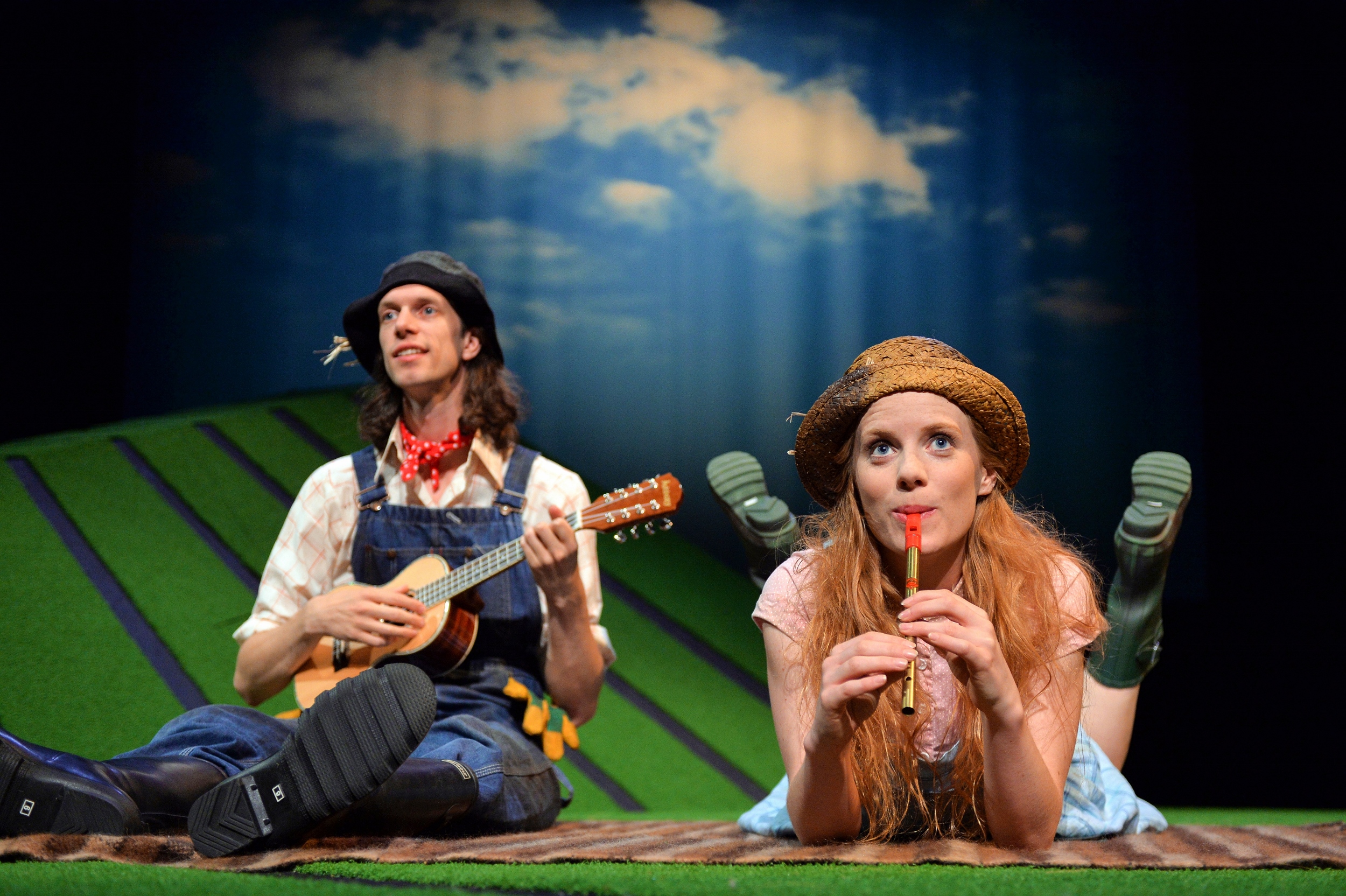 Hot from a successful run at the Edinburgh Festival, Scamp theatre’s adaptation of the Julia Donaldson and Axel Scheffler’s wonderful children’s book The Scarecrow’s Wedding is now running at the Leicester Square Theatre until 4 September.

Suited to the intimate atmosphere of the Leicester Square Theatre, Scamp Theatre’s production’s strengths lie in it’s simplicity- three actors on stage for a little under an hour- and it’s songs, which are folksy magnificence that also tie in to the book really well.

It’s the songs that are the strength of the Scarecrow’s Wedding. Played by the cast on guitar, banjo, and fiddle they are beautiful, capturing the nature of book perfectly. Our kids have always loved Julia Donaldson books and (whisper it) we even like the books that Axel Scheffler illustrates without the involvement of Donaldson.

The two scarecrows are played by a lad and a lass with real brilliant good-natured goofiness. The farmer though is a really difficult role to play as he’s part narrator, part farmer, snail, toad, and outrageous French scarecrow. Michael Palmer is brilliant as the farmer and all the other roles, although some of his changes of role might confuse the very little children- for example we thought it was brilliant the way that Palmer became Toad, resplendent with a green space hopper, but it was only really Fifi and the boy (7 and 9) that followed this, it just left Ned (4) a bit confused.

Ned however was up and out of his seat at all the songs, clapping along to every single one. It was easy to do so, as the songs were very catchy.

At 55 minutes the play doesn’t outstay it’s welcome but maintains an air of utter charm throughout. If you’ve got kids and are planning a day out in London, it’s well worth booking some tickets. You’ll find yourself humming the tunes for days afterwards like we have!